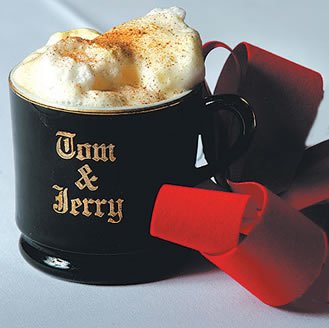 Xmas in the 80s: A Minneapolis Slacker’s Memories

My Kid: “So Dad, it’s great to spend time together, open presents and do all that Christmas stuff. What did you do when you were single with no wife and kids? What was that like?

Me: “Well, us slackers and our ilk sought merriment where we could find it and enjoyed good fellowship in rather non-traditional ways.”

My Kid: “What the hell does that mean?”

A Christmas tradition of mine began during this era. Deep down slackers crave a semblance of domesticity. Around the holidays what represents home and hearth more than the venerable Christmas tree? Bejeweled and adorned, presents underfoot waiting the ceremony of unwrapping, it is a spiritual sculpture of holiday cheer.

Boys in their early twenties living in a series of apartments with equally dazed roommates don’t have the wherewithal to get and decorate an actual tree. However, we did have bicycles and one season I looked at my road bike mounted on a work stand and thought, “Christmas bike!” A bike has all sorts of nooks and crannies to string lights through the frame, hang tools from the shift and brake levers and thread Xmas cards between the spokes. Add a few traditional ornaments for that touch of the ironic that slackers find humorous.

My slacker pals and I would crack open beers, gather around the Christmas bike, give the pedals a twirl and bask in the collective cleverness of our creation. In this analog age we’d spin vinyl on the stereo, Bowie’s Ziggy Stardust and Robyn Hitchcock and the Egyptians, before winter biking in a critical mass to midnight mass at the Basilica. Slackers like us went to midnight mass yes to participate in the ritual but also for, snotty punks that we were, a rather disrespectful sense of irony. Sorry, Catholic church.

After I transformed into a non-slacking adult, got married and began a career, I convinced my new bride to erect a Christmas bike for a couple of holidays running. We now have a proper tree with traditional lights and decorations and it looks amazing. Just as amazing.

Slacker Christmas brings a slacker characteristic to mind: mooch, mooch, mooch when a good mooching opportunity appears. Such an occasion presented itself in the early 80s when a lonely me was invited by a lady friend to visit her family in Mora, Minnesota.

“You betcha!”  I answered thinking … I don’t remember what I was thinking but no doubt free meals and a chance to spend time with a nice lady friend were foremost in my thoughts.

This trip was a first introduction to greater Minnesota, the greater part in Mora represented by a huge fiberglass statue of a red painted Swedish horse that dominates the town. The kind that you find in gift stores all over our great state with the Swedish slogan välkommen hand painted on it, four inches tall not forty feet.  Välkommen I was made to feel by my friend’s parents who were curious about whom this dude was and me giving vague answers not having a clear idea myself.  A couple of hastily organized presents were found for me: wool socks and some chocolates too. We ate Swedish meatballs; perhaps lefse but I don’t remember lutefisk. I don’t think I brought any presents and it probably didn’t occur to me to do so.

My friend took me to the thrift store that the family operated in downtown Mora and I picked out a free sweater. We parked by the huge Swedish horse and gazed upon it. It was all very innocent and there was room in the inn for me on the couch.

Later, this friend was who was studying cosmetology at Aveda (greater Minnesota basically serves as the feeder for the droves of young ladies who come to Minneapolis to study cosmetology at Aveda) used my head for practice and gave me a horrible Prince Valiant style haircut.

This trip to Mora may have happened over Thanksgiving not Christmas but in the slacker scheme of things this is an irrelevant detail.

Christmas as a young person in the hospitality industry also meant working on the 25th. For a slacker this was a good set up: double time wages, few customers so little actual work and guests passing the holiday in the hotel tended to be generous in the tip department. This was especially true during the years I worked as a bartender in the fancy Marquette Hotel. During Christmas people have stretches of down time and I remember long conversations about “life” or about the regional differences between Minnesota and wherever they hailed from. I clearly remember one guest proudly showing off a small Swedish horse purchased in that IDS Crystal Court gift shop that also sold socks with moose on them and wood carvings of loons. Even now I can see satisfied clients at the bar relaxing over a delicious piping hot Irish Coffee, Peppermint Patty topped with real whipped cream prepared by the hotel pastry chef or a Tom and Jerry recommended and handcrafted by yours truly.

Great question. Tom and Jerry is a variant of an eggnog drink served with boiling hot water and shots of brandy and dark rum. The hotel would start stocking Tom and Jerry mix right after Thanksgiving. When whipped with a wire whisk, the whipping part was a hit with certain customers, it spouts a foamy head. Garnish on top with a sprinkle of cinnamon and two filberts resting in the firm froth. Hang a candy cane stirrer on the side of the mug. All in the presentation. Creating craft cocktails is an art practiced in finer establishments long before bearded hipsters (guys in their twenties mostly look stupid with facial hair) and girls with multiple piercings and neck tattoos (equally rebellious in a conformist manner) co-opted the culture of lounge life because millennial types seem to borrow heavily from past cultures having little original culture of their own and …

My Kid: “Dad, what the hell does that have to do with Christmas?”

Indeed, what does the above nonsense have to do with Christmas?  Not much really. To sum up: Although the holidays could be a bit of a melancholy time for a single slacker, I really enjoyed the independence and freedom of those days. But not as much as I enjoy the wonderful feeling of being with my family, celebrating a bit of prosperity by exchanging modest gifts around a non-ironic Christmas tree and feeling blessed for all the good things you my amazing daughter bring me.