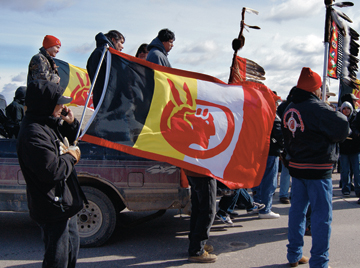 People came from the Four Directions to gather at the historic village of Wounded Knee, on the Pine Ridge Reservation in South Dakota, on the forty year anniversary of Wounded Knee 1973. Wounded Knee veterans and many non Indian supporters arrived for three days of activities to honor those who participated in Wounded Knee in 1973, and to honor the 250 Indian people who were massacred in 1890 by the US Calvary and are buried in a mass grave at Wounded Knee.

The three days of activities included the 30th anniversary of KILI Radio Station, the first Indian owned and operated public radio station in the US (KILI Radio Station was founded by AIM in 1983). KILI sponsored a feast and a powwow at the Prairie Winds Casino. 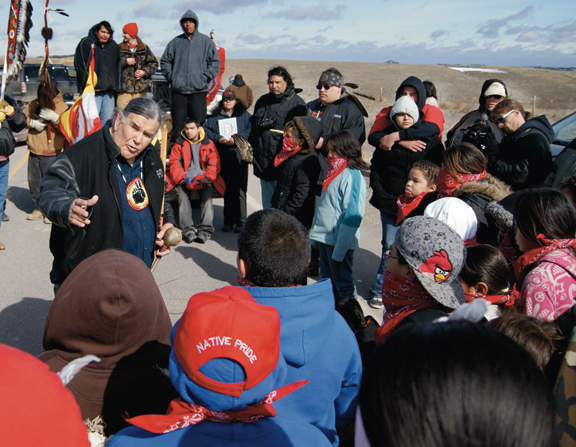 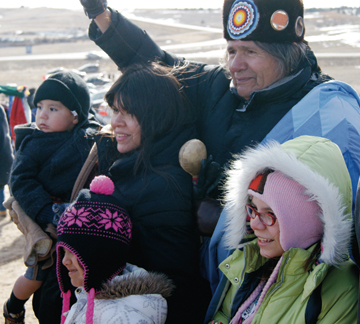 In February of 1973 the Oglala Sioux Civil Rights Organization (OSCRO), led by Vern Long and Pedro Bissonette invited the American Indian Movement (AIM) to the Pine Ridge Reservation to help fight against massive human rights violations being committed by the Bureau of Indian Affairs Police and the Tribal Government. After many days of meetings with local reservation residents the chiefs and headsmen of the Oglala Lakota chose the site of Wounded Knee for a massive protest. The protest was met by gunfire from the BIA. OSCRO and AIM returned fire to protect the hundreds of women and children present and for 71 days Indian people and the US Government negotiated to bring an end to the conflict.

The U.S. fired over 500,000 rounds of ammunition into Wounded Knee during the 71 day liberation. One US Marshall was wounded, AIM members Frank Clearwater and Buddy LaMont were killed and several other Indian warriors were wounded. The majority of Indian people who stayed in Wounded Knee, during the 71 days, and were later charged with Federal Crimes were Oglala Lakota tribal members and AIM members.