This is the second in a series that highlights the stories of refugees in the Twin Cities. The profiles will run each week as a preview of the Twin Cities World Refugee Day event, which will be held from 12 to 5 p.m. on Saturday, June 14 at the Wellstone Center in St. Paul. For information, go to http://tcworldrefugeeday.org.

City: Grew up in North Minneapolis, now in Uptown.

Job: Graduate research assistant at University of Minnesota in STEM Education program, Curriculum and Instruction department. She is working on two grants. With one, she is a teacher-coach. She works with grades 4-8 science teachers to support integration of math and engineering in science classrooms. With the second, called Prepare2Nspire Mathematics Mentoring and Tutoring in Urban Setting, she is a recruiter and research assistant and writes SAT practice questions for undergraduate mentor / tutors to support juniors.

Three years into her Ph.D. program in STEM Education at the University of Minnesota, Sousada Chidthachack is motivated by more than just math and science.

Though she loves numbers — and teaching students about how they work — it’s her background as a refugee and knowing that there are many others that don’t have the chances she’s had that keep her working hard.

“What keeps me going each day is when I think about all the people who didn’t have the opportunities I’ve had,” she said. “I feel that I have been chosen, and I’m lucky enough to go all the way.”

Chidthachack is Laotian but was born in a refugee camp in Thailand. At two years old, her family came to the U.S., settling in north Minneapolis because they had cousins in the city.

Her family left Laos because there were “few opportunities there to move up the social and economic ladder.”

Her mom in particular wanted the chance for a better life, a chance to go to school, and for her daughters to do the same.

When they arrived in the U.S., the Chidthachacks made it clear that education was a priority. Within a few years of arriving, the family had worked to save enough money to buy a house. When Sousada was in sixth grade, she became a citizen. 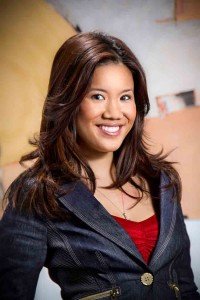 Chidthachack lived in north Minneapolis until she was 23, a place where she never felt out of place because she was among many other immigrants and refugees.

She attended the University of St. Thomas for her undergraduate and master’s degrees, and taught math for five years at a charter school with many East African immigrant students. From the beginning, she connected with her students because of a common experience of being refugees and immigrants, newcomers who were trying to navigate a new culture each day.

“One of the things that sets me apart is that I connect with students and I share my story,” she said. “I make it very transparent who I am.”

After years of teaching successfully and holding her students to high standards, she realized that she wanted the chance to impact education on a broader level, so she decided to pursue a Ph.D. program, which would allow her to impact educational policy and connect with a wider group than just math teachers.

One of her dreams was to teach at the University of St. Thomas one day. This fall, her dream will come true — she’ll be an adjunct professor there, teaching math.

She credits a positive attitude and her mother’s determination to dream big, even when people laughed at her, with her success.

Today, she sees herself as an activist, volunteer, mentor, coach and teacher — and wants other refugees and immigrants to know they can achieve their goals.

“I believe that I give people hope,” she said. “You can come from nothing and have everything you wanted in life.”