More than 100 women who live and work in the Cedar-Riverside area celebrated “Women’s Night Out” on October 24 at the Brian Coyle Center, an event designed for women in the community to get to know each other and build community.  Neighbors, service workers, and girls mingled, sampled different kinds of ethnic food, and were entertained by a fashion show and open mic in the event, now in its fourth year.

Miski Abdulle, Immigrant Women’s Coordinator at Brian Coyle, where the event took place, said that the social night was “not political”, but a chance for the women from the community to build relationships and strengthen their community. 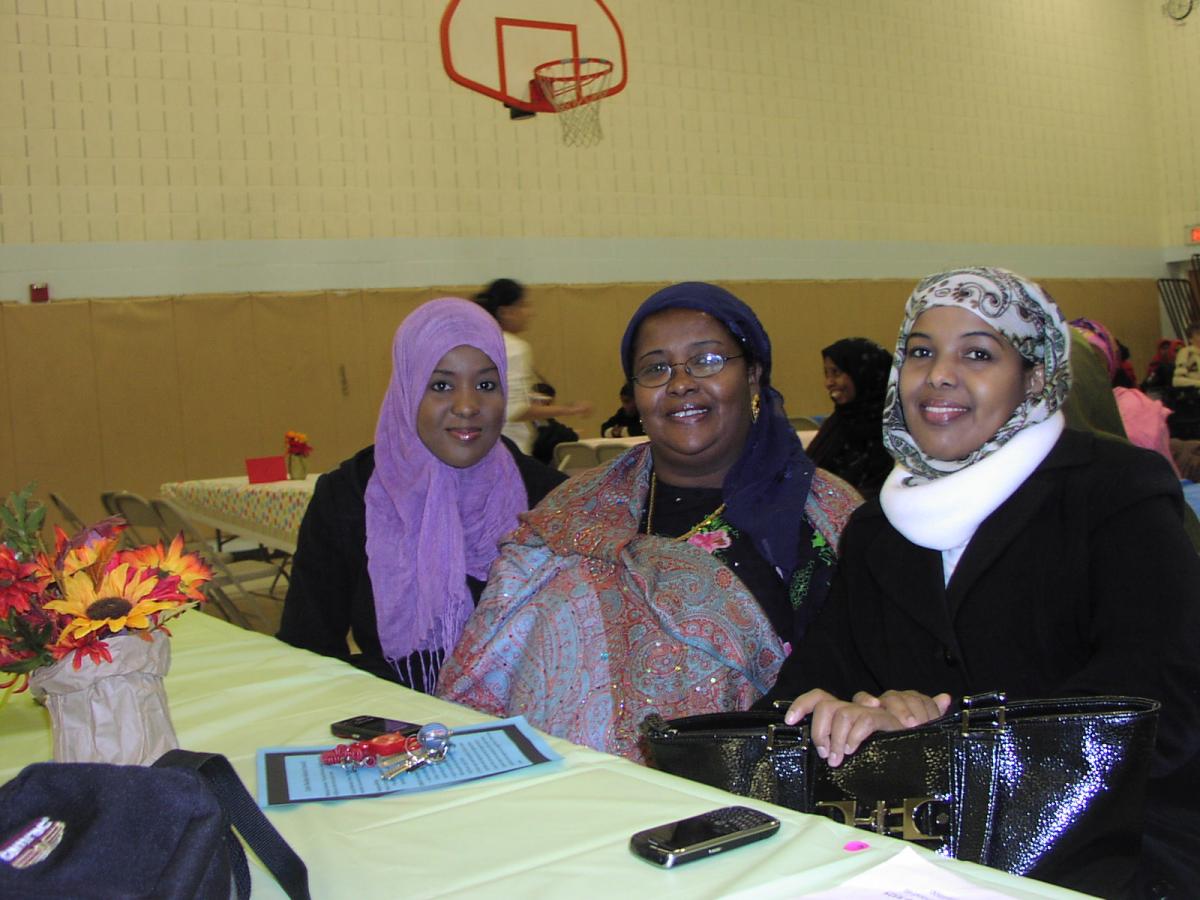 When the women arrived at the Brian Coyle, they were given a number of a table and were asked to sit there, so women would be able to mix up and get to know new people.  Heather Dushscherer, an intern at Brian Coyle, said that the women attending the night came from such places as Somalia, Etirea, Korea, Ethiopia, and Latin America.  After sampling the different foods, women from the community exhibited traditional clothing from their home countries.

Asli Ashkir, a nurse who works at the Cedar Riverside People’s Center, said that she felt Women’s Night Out was an important event because it gave a sense of belonging to the women in the community.  She’s been working in the neighborhood for one year, and she said that she knew many women from the neighborhood who she also served at the clinic.

The night concluded with an open mic where women sang, played music and danced.  One group of women danced the traditional Somalian Danto, and a number of singers performed.  Faduma Warsame, a high school student at Kennedy High School, sang for the evening.  She said she’s been attending women’s night out for 3 years.  “It’s a girl power type of thing,” she said.