The notion of “Catch-22,” connoting frustration in the face of bureaucracy, has nothing on Minnesota’s Department of Corrections. DOC policy determines that released female offenders must commit man-sized crimes to access equitable support resources.

“As we take away access to 200 jobs, that makes people’s worlds smaller,” says Cain. “If we wanted to design a system so an offender couldn’t come back to society on a level playing field, we couldn’t’ve done better.”

In the report, the blacklisted jobs encompass a wide range from horse jockey to school bus driver. The Public Housing Authority can deny your application for an apartment. “As we limit access, we push people into a situation where they choose options most people wouldn’t,” Cain notes. Like what landed them behind bars? “Exactly.”

Then add gender inequity into the equation. Women have to deal with a double bind. Released offenders, male and female, are categorized as those requiring higher intensity supervision and those requiring less intense supervision. DOC spends the most money on supervising the former.

It does not help that DOC has state-adjudicated constraints on its budget. As of late April, news reports portend the kind of across-the-board cuts to which Cain alludes. Sarah Walker, chief operating officer of the men’s halfway house 180 Degrees, Inc., opines, “The dramatic cuts to the MN Department of Corrections are short-sighted.

“When the Department of Corrections is forced to cut core operation services, you can almost be certain essential community-based resources that…help individuals reintegrate and prevent [them] from ending up in prison will follow,” says Walker. “The cuts will have a ripple effect throughout…service providers who work to end the over-reliance on incarceration.”

RS Eden runs Reentry Metro in St. Paul, a women’s halfway house facilitating the transition to productive life. It is, says Cain, “chronically underutilized. Beds [are] going empty.” It can house 26 women. As of this writing, nine reside there.

“In an effort to respond to economic conditions, there had to be cuts in everything, and they’re talking about more,” says Cain. “People [can] argue whether a halfway house is a necessary service. But, when you talk about recidivism rates, which [are impacted by] people not having the support they need to come back into the community when they get out [of prison], one influences the other.

“When money gets cut,” Cain adds, “you’re not going to cut prisons. So, you cut services to the community.” 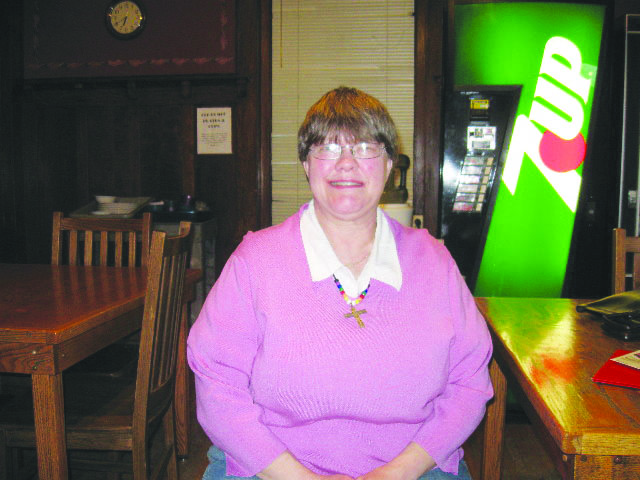 Reentry Metro clients Marita Cooper and Violet Johnson (right) committed crimes and did their time. Rehabilitation is simple in the public eye: You’re locked up, you consequently mend your ways, and then you’re rendered a better person. 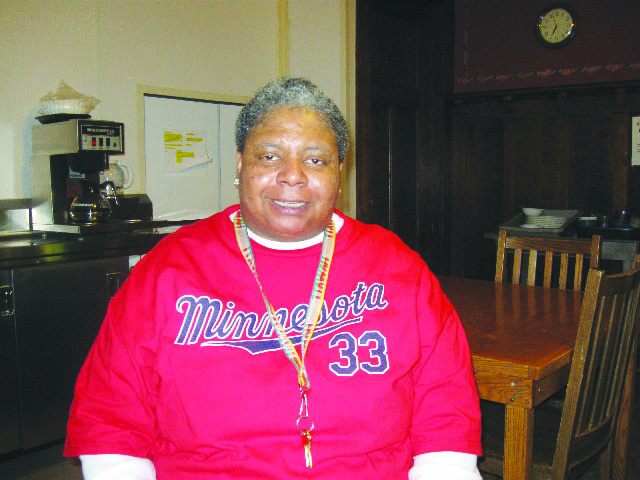 For Marita Cooper (left), the program literally made all the difference in the world. More than a roof overhead, it’s a chance to personally rebuild. To rehabilitate.

“[It’s] great,” she attests. “I recommend it to anybody.” Why? “It helps you through important things. Housing. Sobriety. [It] has a lot of resources, like helping me get into school.”

At Hubbs Center’s Adult Basic Education classes and training, she attends preparatory studies for college. Her plan is to qualify as a construction worker “workin’ on the [Metro Transit light rail] railroad that’s fixin’ to come down University Avenue.” She adds, “I want to learn how to build a house from the ground up.”

Cooper points out that Reentry Metro, while facilitating workaday fundamentals, also addresses mental and emotional issues that, if neglected, spell a pitfall. The “Determined to Heal” workshop helps her get past internal demons like guilt and shame. She is no longer afraid to face life on society’s terms.

Reentry Metro alumnus Violet Johnson reflects, “They helped me through struggles. The main thing was getting a job. I’m so glad [to have had] a chance.” That includes catching up on technological advances that’ve taken place since she was put away. “Life changes.”

Johnson secured a job, housing and, giving back, now mentors at Reentry Metro. She leads “Determined to Heal,” counseling peers on a road to recovery and to reclaiming their lives.
Where do Marita Cooper and Violet Johnson believe they’d otherwise be? Probably back in prison, subsisting by any means available. Says Cooper, “You go back to the life of crime just to survive.” Johnson concurs: “[I might] be in prison.”

It is not a far stretch to propose that, grateful as she is, Johnson understates the case when she says, “This place is a very helping network.” Reentry Metro empowers women, standing between under-funded rehabilitation and the dead end of recidivism.