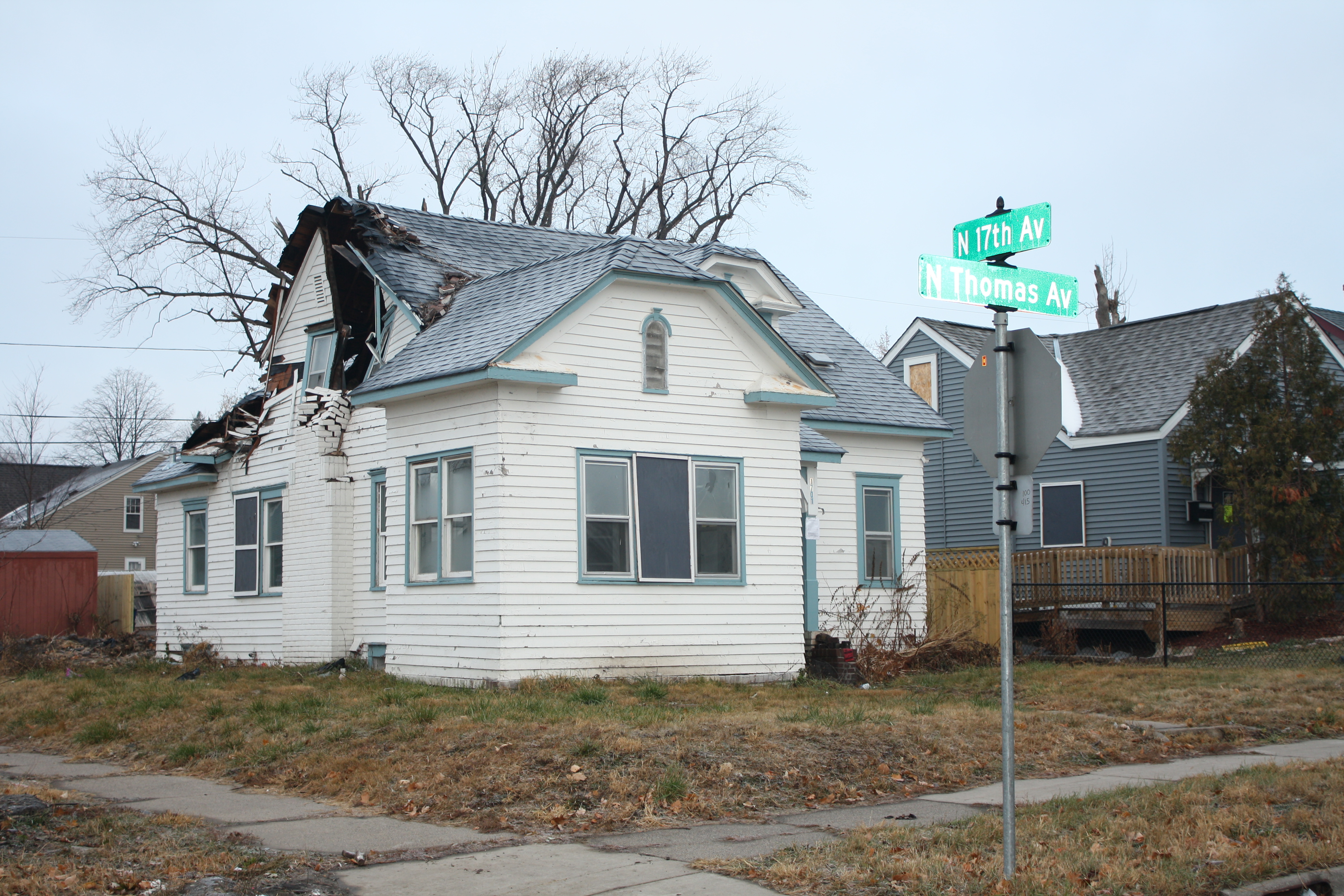 According to City of Minneapolis officials, there still are over 200 Northside tornado-damaged homes with tarps on their roofs. With winter close at hand, there is now over $2 million in funds available for homeowners who still need repairs to their homes damaged by the May tornado.

The Minnesota Housing Board recently gave the City $750,000 to help provide interest-free loans to North Minneapolis homeowners for roof and chimney repairs.

“We [now] have money” to help these homeowners, says Cherie Shoquist, City foreclosure project coordinator. She says that she sympathizes with those who have been frustrated in trying to get things fixed after the May storm and for whatever reason haven’t been successful thus far.

Three local organizations — Greater Metropolitan Housing Corporation’s (GMHC) Housing Resource Center, Neighborhood Housing Services and Center for Energy and Environment — will administer the loans. Shoquist says that these organizations were chosen because they are community-based “and [residents] don’t have to deal with downtown” to get assistance.

“We will be able to help [homeowners] if it has anything to do with [their] roof or chimney damaged by the tornado,” says GMHC Program Director Suzanne Snyder.

The Minnesota Housing Finance Agency also made $1 million available through its Quick Start fund to homeowners who earlier applied for Small Business Administration (SBA) loans but were denied.

The Quick Start program is one “of last resort” for property owners who suffered storm-related damage, explains Agency spokeswoman Megan Ryan. Postcards were sent to “nearly 400” homeowners who were rejected for SBA assistance to apply for Quick Start loans, she told the MSR last week.

December 31 is the last day to apply for the Quick Start loans. Residents can apply anywhere from $1,000 to $30,000 in loans that are forgivable if they remain in their homes for at least 10 years. The applicant must have current homeowner’s insurance and be current in their property taxes to be eligible.

“We are very proud that we can give the availability of the funds,” she stated. “We want to help people as much as we can.”

Currently there is no deadline for the City loans, says Snyder, who notes that “it will be first come, first serve” until the funds run out. “This is really good news for anyone who were not able to get assistance because of other barriers,” especially those North Side residential homeowners “who had [the] worst damage from the tornado that cannot qualify for the Quick Start program.”

Up to $12,000 is available and it is 100 percent forgivable if the applicants stay in their home for five years. “It is actually forgiven at 20 percent per year over a five-year period,” she points out.

Snyder says that she still encourages residents to call her office even if they are not eligible for Quick Start loans.

Also, the City Council is expected soon to provide $240,000 in emergency loans to help tornado-damaged homeowners as well, says Shoquist, who adds that there are some “leftover” funds from other city sources that also are available for assistance.

“The City and our partners are working very hard to help homeowners get their tornado damages repaired before winter. We have the resources — we just need to reach out to them and meet their needs,” surmises Shoquist, who adds “My biggest concern” is making sure that the information get out, especially to those folk who “think they can’t qualify.”

“We want people not to feel helpless… We have solutions. We don’t want people to think that it is hard” to apply for assistance, says Shoquist.

“The City and the State have done a nice job working with the folk affected by the tornado through the recovery process,” concludes the Center for Energy and Environment’s Dave King.