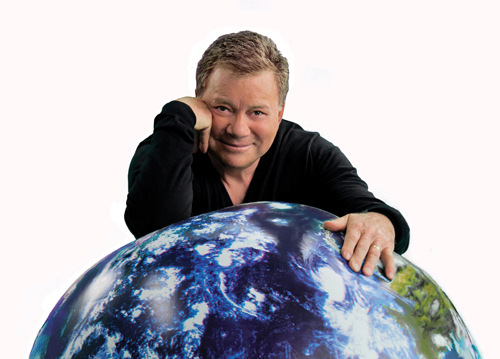 It’s good to be William Shatner, and maybe the coolest thing about William Shatner is that he damn well knows it. He’s spent his 60-year career doing pretty much whatever he damn well pleases, and doing all of it with enough pluck and charisma that he’s managed to stay one jump ahead of the punchline people keep trying to turn him into. “May I inquire,” he asked in the title track from his jazzy 2004 quasi-spoken-word album, “what you’ve been doing, mister?” It’s a rhetorical question, the answer implicit: not being William Shatner, that’s what. On March 15 at the Orpheum Theater, to get a good more-or-less close look at He Who You Are Not, you can pay an amount ranging from $50-$299. And you will. It’s Shatner’s World: We Just Live In It.