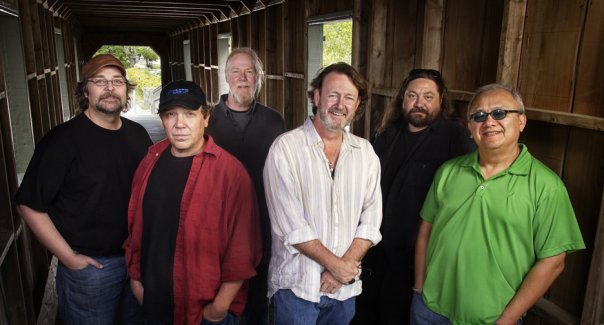 On April 14, the Orpheum Theatre was struck by Widespread Panic, inciting a completely sold out house of revelers to create absolute pandemonium. Fans of this veteran rock powerhouse are nothing if not faithful, wildly devoted to what can only be called an extreme. It must be pretty thirsty work, because when Panic hit the State Theatre across the street on Hennepin Avenue in 2011, the bars ran out of beer before the show was half underway—so, quite sensibly, things were moved to the larger venue and the venue laid in a stronger supply of brew.

One thing you can say about Widespread Panic: this outfit does not believe in skimping on their fans, just putting in the time and picking up a paycheck. They did an hour-long set, broke for 30 minutes, then came back and did another two hours. The throng got the chance to, aside from yelling and clapping their brains out, show just how much they appreciated these guys. It happened to be lead vocalist and rhythm guitarist John Bell’s birthday, so more than a few fans wore party hats and waved balloons around, singing “Happy Birthday” when the band came back out for the second part of the show.

At one point the band tore through a string of several songs straight, not so much as a pause between numbers, culminating with a fine, respectful rendition of Neil Young’s old Buffalo Springfield chestnut “Mr. Soul” following his environmentalist cut, “Vampire Blues.” Toward the end they pulled from their acoustic 2012 tour Widespread Panic: Wood, the Rolling Stones classic “You Can’t Always Get What You Want,” this time doing it on electric. While it’d be sacrilege to say they bested Jagger and company, Panic did give the old masters a damned good run for the money.

The plain fact of the matter is Widespread Panic qualify as masters themselves, easily one the best bands to ever hit the big time. They’ve been churning out consistently excellent albums and blowing fans away in concert since Bell and the late Michael Houser (guitarist) got things going way back in 1981. If cutting it live counts for anything, the quality of this evening’s show was proof positive they stand second to none. It was seamless. Amazingly enough, over three-hours the material never got the least bit repetitive and the playing just kept getting better and better as the guys loosened up and let loose more and more. You want to be there the next time this group comes through town with an attack of Widespread Panic.