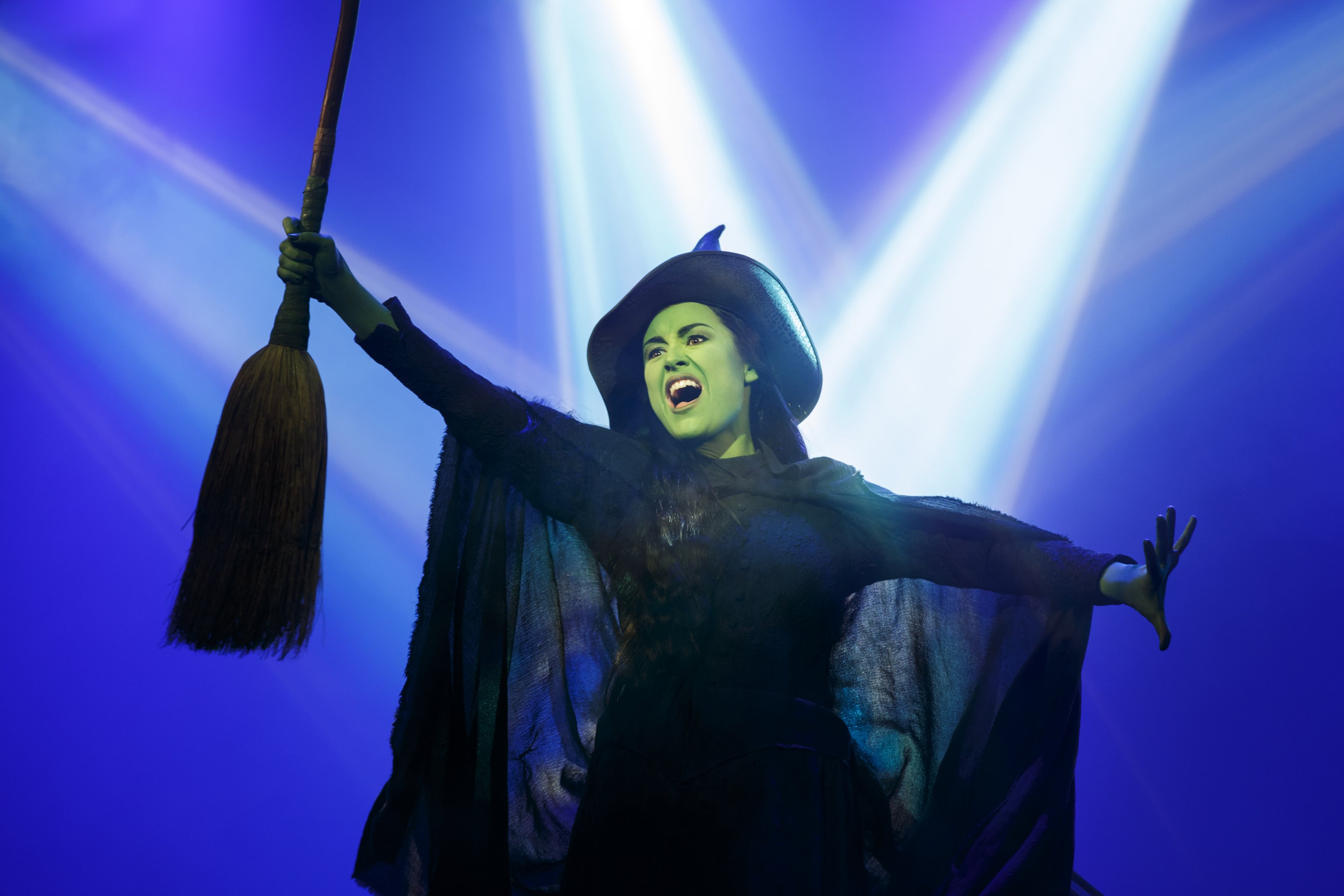 Unless you are just now emerging from the rock under which you’ve been living, you’ve at least heard of the musical Wicked. And if you’ve been a tween girl any time since 2003, you’ve belted “Popular” in front of your mirror more times than you can count. For those reading this under their rocks, Wicked is the story of the witches of Oz before Dorothy dropped in, based on the book of the same name by Gregory Maguire. The unbelievably successful musical returns to Minneapolis’s Orpheum Theatre for the fourth time September 19 through October 27. It is a great time for all ages. It makes a good date—as there is a love story; an educational family affair—as there are many important lessons to be learned; or a fun girls’ night out—as there is an inspiring friendship and a man with a great butt.

Wicked, going on its tenth year on Broadway, has persevered for a reason. The music, written by Stephen Schwartz, is haunting at times, comedic at others, and overall phenomenal. The Tony-winning costumes, by Susan Hilferty, are eccentric, beautiful, and bring the world of Oz to life.

The lighting, designed by Kenneth Posner, is dramatic and powerful, illuminating the equally-stunning set, by Eugene Lee. But above all else, what has made Wicked such a popular musical among so many people, is the lessons and messages it teaches: the characteristics of a good friend, the consequences of impairing the freedom of others, the discrepancies in history, the disappointment of getting what you want when you hurt others to get it, the corruption of people in power, and many others. Of all the things for tween girls to obsess over, something teaching them those lessons is preferable.

This tour of Wicked features an amazing cast. The witches of Oz, Elphaba and Glinda, are played by Alison Luff and Jenn Gambatese, respectively. Luff has one of the best voices to ever sing Elphaba, which contains some of the highest belting in theater. Luff receives the loudest applause of the show after singing “The Wizard and I,” Elphaba’s first song and “Defying Gravity,” the very famous, very impressive act 1 finale number. She sings the whole show flawlessly, whereas most actresses’ voices start to falter after the first act. She acts Elphaba interestingly, making her loud and angry to compensate for her insecurities (spoiler: she’s green). Although unusual, she makes it convincing. Gambatese’s performance of Glinda improves throughout the show. At first she is very stiff, possibly because she is singing extremely high notes she may not feel comfortable with. As the show continues, though, she loosens up and becomes the Glinda we all look forward to (I say ‘we’ as I become my twelve-year-old self again). Although no one can replace Kristin Chenoweth, the original Glinda, Gambatese does a wonderful job of making Glinda her own. Other notable performances include Curt Hansen as the slacker-prince (with the great butt) Fiyero. His duet with Elphaba, “As Long As You’re Mine” is one of the most beautiful parts of the show. The performance that deserves more recognition than I’m sure it ever gets is Jesse JP Johnson’s performance of Boq. He is not in the story much but every time he is he does so flawlessly. The only weak link, if you can even call her that, is Jaime Rosenstein as Nessarose, Elphaba’s sister. She plays her as extremely angry and almost evil which does not seem fitting. Overall though, the cast works very well, as does every other part of this tour.

Wicked is a must see for everyone. People of all ages will get something different and important out of the show, which is what makes it so good. We are lucky to have Wicked playing in our town for a whole month, although I don’t see it leaving Broadway any time soon.

Photo by Joan Marcus, courtesy Hennepin Theatre Trust. Coverage of issues and events affecting Central Corridor communities is funded in part by a grant from the Central Corridor Funders Collaborative.