Two of the Occupy MN protesters interviewed on October 21. (All photos by Andrea Parrott)

Early Saturday afternoon was a quiet time for Occupy MN participants at the Government Plaza in Minneapolis. October 22 marked the sixteenth day of the protest, but there was no shortage of people still passionate about their cause.

As I circled the plaza, I asked protesters a few main questions similar to the following:

And this is what they said. 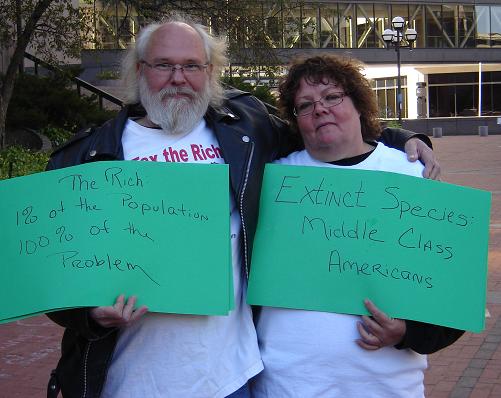 Eric and Valerie Solovjovs, second time at the plaza

99%: “We’ve been awake the last 10 years. We’ve seen what happened. We have the largest economy in the world and people are living on the streets.” Eric Solovjovs

“We came out to show our support. We’re lucky enough to have jobs.” Valerie Solovjovs

Changes: “Hands off veterans benefits, Medicare, social security. They worked for it. They deserve it. The CEOs got their tax breaks and did not do what they said. The trickle down will not and has not ever happened.” Eric Solovjovs 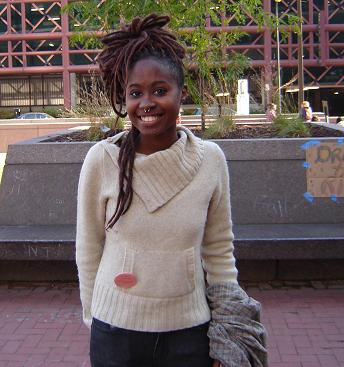 Kimisha Collins has remained in the plaza since day 1, leaving only to attend school and to shower 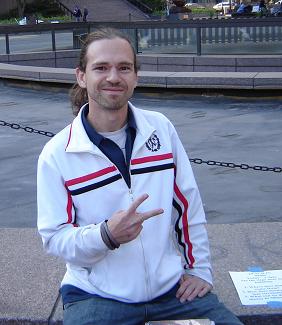 99%: “I believe in equality, human rights, and honesty across the board. In politics, you don’t hear these words. People forget to question everything: is this good for everybody? I see this [Occupy MN] as a reawakening of that question.” 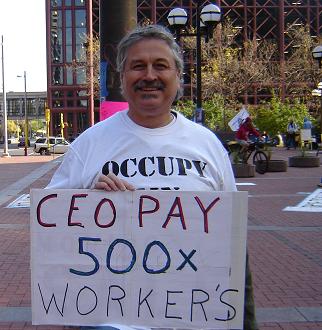 99%: “The middle class is disintegrating and the wealthy are soaking up all the oxygen. There’s only so much the wealthy can take from the poor. The rich have corrupted the government. I feel like I’m not represented in my government. Even the party I lean toward still has giveaways for the 1%.”

Changes: Reinstatement of the fairness doctrine. Any corporation that gets so large that it becomes an economic or security threat to the U.S. should be broken up before that happens. Redistricting should be done by the judicial branch of the state government. We have candidates choosing the voters instead of voters choosing the candidates.” 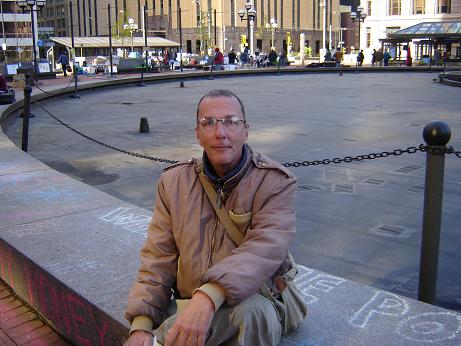 Jeff Pert, has been at the plaza since day one, missing only one day

99%: “America is facing a crisis that threatens its existence. Ten years ago we had a budget surplus, we were at peace, and most of the world more or less respected us. Now we’re trillions of dollars in debt, we’re fighting pointless wars all over the world, and Americans have to tell people they’re Canadian when they travel abroad. Americans cannot survive another ten years like the last ten… I at least want Americans to know why their lives will be falling apart.

Changes: Currently the U.S. government is completely owned by business. I would like to see that connection broken and see the government return to its original mission of serving the people rather than corporations. 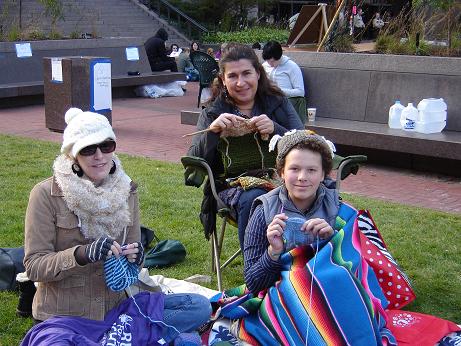 The Swatch Team explained that they “yarn bomb” which they described as “fiber graffiti.” They yarn bomb with useful items only, such as hats and scarves. They did a planned yarn bombing for the Hennepin Center for the Arts, making 150 scarves. The group then gave away the scarves to Occupy MN participants. “We can help the people spending the night be warmer and more comfortable,” said one member of the group.

Another member of the group, who goes by the name of Castaway (no one in the group uses real names), said “We are all connected as a society. We want to give, not receive, and we always welcome everybody.” She described the group as very diverse with about 20 knitters and crocheters. 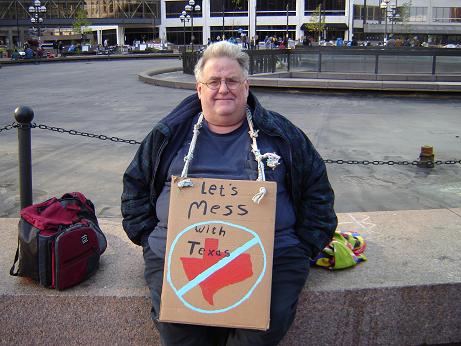 Kirk Ostlund, has come to the plaza since day three

99%: “It’s all about hope. This is the first time we’re talking wealth and money instead of just flag burning and holding hands. This time the target is the haves and the have-nots… I’m 53 years old and this is my first time with a sign around my neck.”

Ostlund worked in a group home for several years. He said that when it closed, “We took three of our residents to a homeless shelter. It’s about time we talked about money.”

Changes: “I want more equitable sharing of wealth. Health care is probably my biggest disappointment, that we can’t get health care in this country. It’s also my biggest hope.” 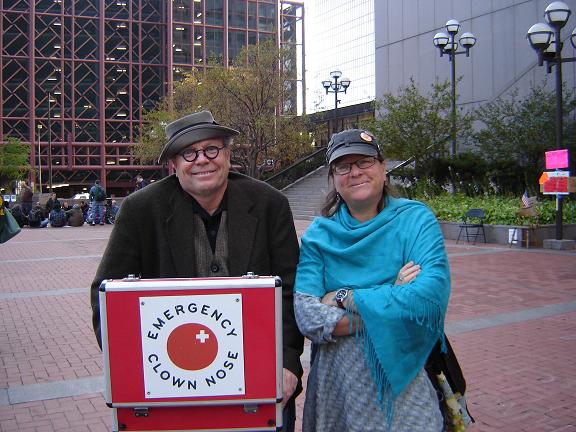 Lloyd Brant and Rosie Cole, self described “husband and wife performers and inventors of the emergency clown nose.”

“The key to this movement is that it has to remain nonviolent. Humor is a tool of nonviolent resistance. ‘Against the assault of laughter, nothing can stand’ [Mark Twain].” Lloyd Brant