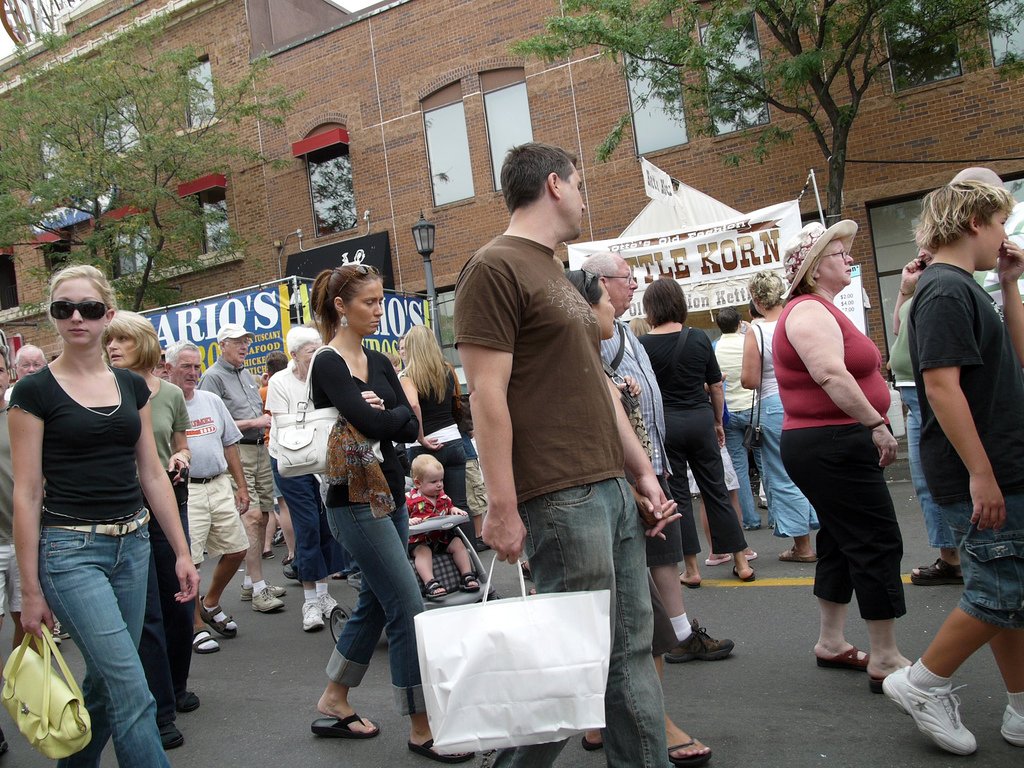 Every year at around this time I consider the possibility of skipping the Powderhorn Art Fair for something more enjoyable, and every year I go to Powderhorn anyway despite myself, without knowing why. I don’t like the Powderhorn/ Loring/ Uptown Art Fairs, and it took me a really long time to feel comfortable admitting that out loud. I was an actual vendor at Powderhorn on a day so hot I was dripping from places I didn’t realize had sweat glands; it was miserable, but I live five blocks away so I have no excuse for not going. I’ve also worked the Red Hot Art & Music Festival and it isn’t hard to see that events are vastly different—and even on a sweltering summer day, it’s clear that one is significantly better than the others.

Fair warning: as in my Bastille Day post, the following opinions may not agree with others’, but I won’t be pulling any punches with this one and I’m going to start at what I perceive to be the beginning. This is gonna be a long one.

THE NAME: From this point on I’m going to be referring to the Powderhorn/ Loring/ Uptown debacle as the Twin Cities Art Fair because that’s what it is. It took me all of five seconds to figure that out and it makes no sense that a unified event has to have its title dislocated as if the three don’t feature the same set-up and aren’t directly connected (they even have three separate websites). And while riding the free shuttle can be relaxing, it’s only so because having to travel to three identical events that are packed to full capacity is stressful. Hell, I didn’t even know about Loring and Uptown until a few years ago. Obviously, Red Hot has a more titillating and passionate name; it’s also easier to comprehend because it’s titled under one banner. And it’s easy to find whatever information is available because it can all be found at one website.

THE SIZE: When I attend Red Hot I know that I’m going to enjoy myself because I know I won’t have to worry about getting lost in a sea of sweaty strangers, seeing the same thing over and over again, or—the greatest offense—becoming bored. This is because Red Hot is just the right size to feature a great deal of variety without appearing muddled. The Twin Cities Art Fair (I know it sounds weird, but I don’t care) is unnecessarily enormous. It takes all day to go among all three locations only to discover about two artists that are memorable; it is difficult to make an impression, make a sale, or find something to buy with countless venders to choose from. The crowds just seems to be moving along the narrow pathways uncomfortably focusing most of their attention on trying not to get crushed or suffocated within the chaos. At Stevens Square Park there is very little space to go around, but Red Hot appears to organize their vendors with space in mind. Despite Stevens Square not being a very large park, Red Hot has placed their vendors in islands of booths grouped together here and there with plenty of open space for walking and sitting in the grass. It’s less overwhelming and you aren’t having to constantly squeeze through mobs of people while saying “excuse me” every two seconds.

THE ART: The one problem most people I talk to have with the Twin Cities Art Fair is its level of elitism. It feels like they pick the same artists every year because the organizers want to feature work that is safe and nonthreatening. They rarely feature emerging artists and crafters and they certainly don’t feature much work that is confrontational, thought-provoking or challenging (It’s a family event so I guess I can forgive them for that, even though it sucks). Red Hot makes a point of taking chances on emerging artists of different ages, races, skill sets, and media. There was even a friend of mine presenting her erotic illustrations there, and they were just a few of the many inspiring and fresh works featured. Most of the artwork at Red Hot is between $5 and $50 while most of the artwork at the Twin Cities Art Fair could clean out a heavily padded savings account. As for the vendors, the price for hosting a booth at Powderhorn is $240 and the Jury Fee is $35, and while the price for being judged isn’t very steep, the application process is littered with submission and participation fees for spacing, exhibitions, and considerations.

THE COMMUNITY: At Red Hot I felt like I was running into friends with every step I took. If I wasn’t encountering someone I knew I was encountering someone who was happy to be there; this made me happy to be there. There were a plethora of activities being held for kids and adults alike; the MIA had a booth where people could just paint whatever they wanted, and all the dogs were calm and playful instead of being accidently stepped on. There were bands playing and fairgoers splayed out on the grass listening and eating from some of the many food trucks this city has to offer. People were coming and going with plenty of room to roam and when it was time to go home there was no love loss in trying to find the exit…or the bathroom. At the Twin Cities Art Fair I have no idea where the bathrooms are (and if I did I might be too scared to use them), I don’t know if there is any music because I’m too busy fighting my way through the crowd instead of trying to surf it, and I don’t ever see friends there because everyone is packed together like sardines, including the poor dogs. There is community in full force at Red Hot, whereas the Twin Cities Art Fair drowns out its community for the sake of profit and popularity and therefore sacrifices whatever heart it might have left.

Basically, what it comes down to is that I really would like to appreciate the Twin Cities Art Fair, but it doesn’t seem to want me to. While Red Hot already knows that I appreciate it so it doesn’t try to force me to love something that it knows I already love. I guess what I’m trying to say with this post is that Red Hot is gliding into the future while Powderhorn, Loring, and Uptown seem glued to the past. I don’t know how anyone else perceives it, but it’s too bad that such a large venue for artists does so little with that potential.