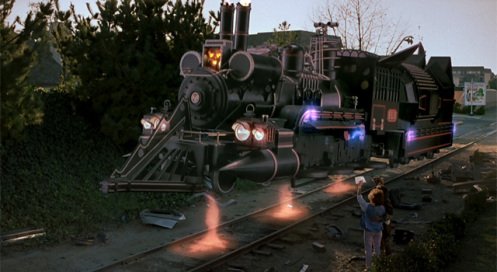 The Southwest Light Rail (SWLRT) corridor, otherwise known as the Green Line Extension, sure is one heavily debated and contentious project. While there are technical and political questions along the entire route, what to do about routing freight, LRT, and bikes through the Kenilworth Trail between West Lake Street and 394 is undoubtedly the biggest issue to overcome if the project needs to get off the ground.

Multiple options have been presented, including re-locating freight through St Louis Park, both deep-bore and shallow cut-and-cover tunnel options to keep freight and trail facilities at-grade, re-routing the bike trail, and even buying out 26 townhomes in the narrow portion to keep all modes at-grade. However, the Metropolitan Council and other groups seem to be settling on the shallow tunnel as the most viable option. Minneapolis residents and leaders are worried about the ramifications of this option:

Governor Dayton just issued a delay to the project to force the team to look at other options for freight re-location and evaluate the environmental impact of the shallow tunnel options. This is a wise move to ensure all potential alternatives are evaluated, but my guess is that there won’t be other freight options and a room of smart engineers will come back confident they can mitigate environmental impacts.

I’ve been a major skeptic of this line for a while. I’m skeptical of many of the assumptions the ridership models used, skeptical of the ability for stations in suburban locations to really sprout walkable land-use patterns, the fact that we’re willing to consider a tunnel through woods but not under population/employment centers on other lines (both CC and Bottineau), and (somewhat related) skeptical of the routing decision to bypass Uptown and Nicollet Ave. With that said, I’m here to have some fun, stretch my debating skills, and be honest about some positives of the LPA, and will therefore do my best to argue why Minneapolis leaders should give municipal consent for the shallow tunnel option, with two major caveats: 1) remove the tunnel north of the channel between Lake of the Isles and Cedar Lake (saving $50-60 million), and 2) the Midtown Greenway streetcar and Nicollet Ave enhanced bus/streetcar projects are implemented.

It’s absolutely crazy to assume that a 3C alignment running up Nicollet would have zero transfers to or from the Central Corridor, just as it would be for any other line it crosses. It’s also right to question what the Kenilworth alignment gives Minneapolis for quality transit stops. However, a SWLRT with only a southern tunnel has potential to give riders a single transfer (or better) experience to (and within) many Minneapolis destinations (or, Minneapolis residents a similar experience to SW suburb destinations).

Present (or Under Construction) Lines 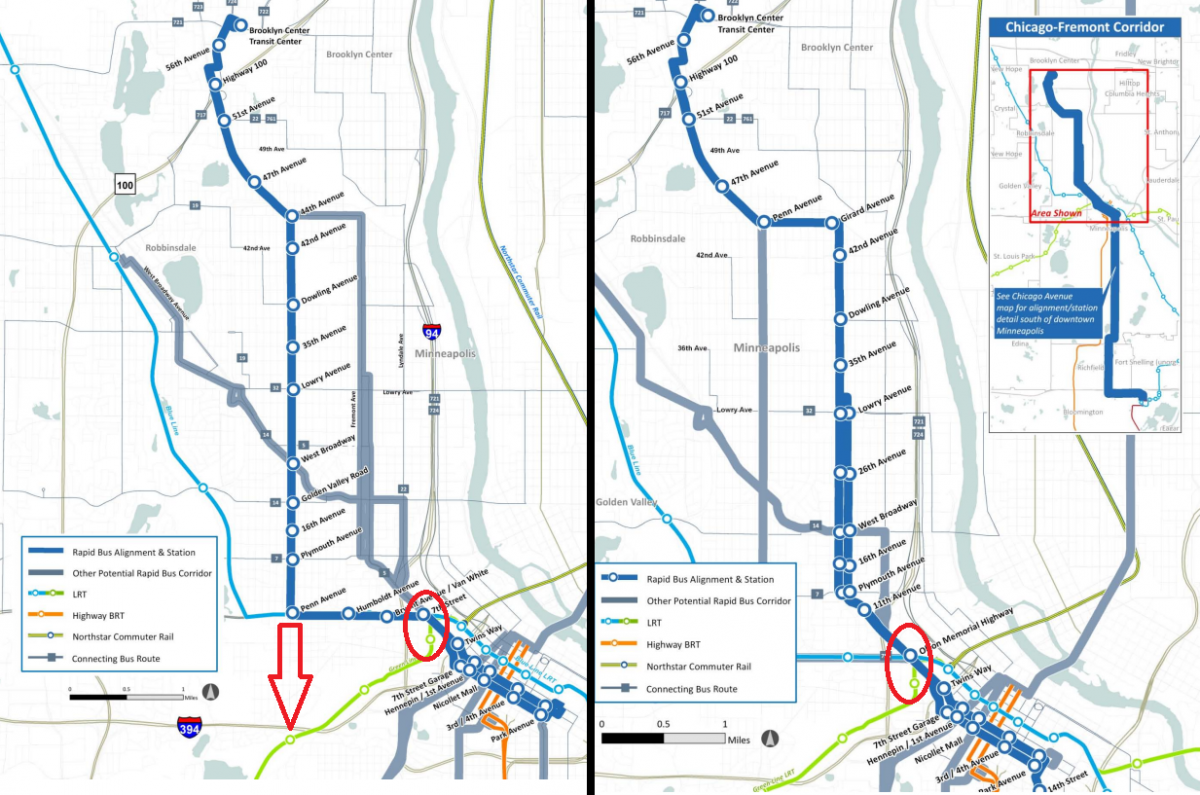 Why is Metro Transit missing these opportunities??

All of these connections have real benefits to citizens of Minneapolis from many neighborhoods, even if a potential Uptwon alignment may serve more residential and job centers today.

Let’s be honest, Minneapolis residents. Worrying about short-term disruptions to the trail due to tunnel construction is a bit silly. This happens to people all over the world when re-paving, new construction, or improvements happen. Trees can be re-planted in the corridor. Yes, it might not be as shady or quite so bucolic for a few years, but thinking about this area long-term is much less emotional than the short-term loss. 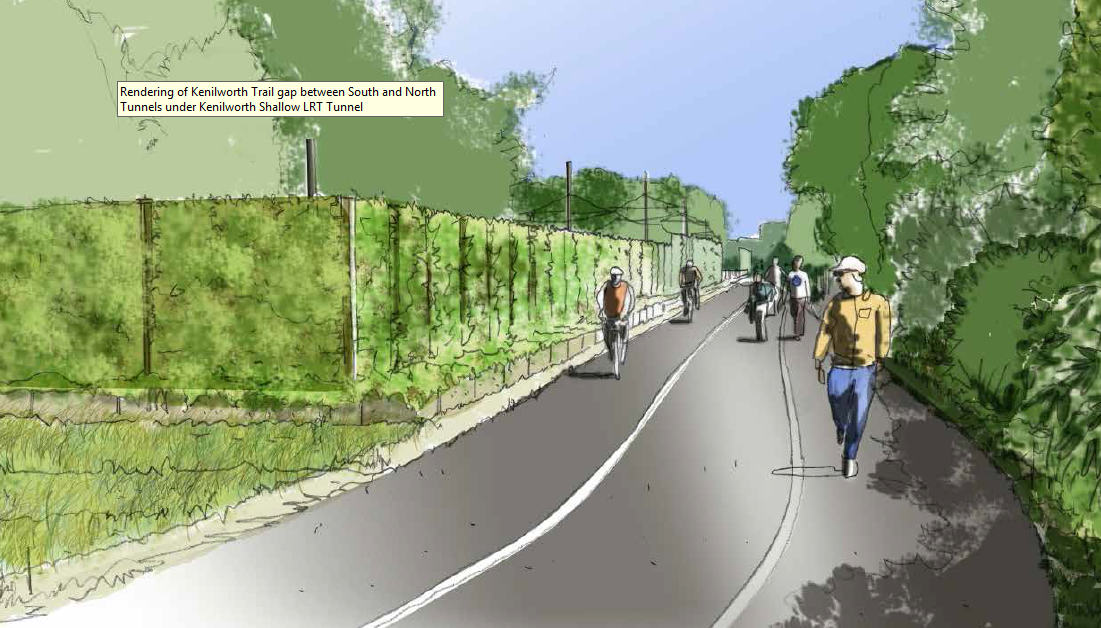 While I’m proud to say Minneapolis has such high-quality bicycle infrastructure (well, relative to US cities, anyway), will losing the trail for 1-2 years during construction be the end of the world? Why not use this as an opportunity to improve permanent bicycle infrastructure in other places to aid the process? Fight for reduction in thru- or parking lane(s) on Hennepin and install quality segregated cycle tracks as a negotiating tactic. Hopefully a high-capacity, frequent rail service takes away vehicle pressure of people from Hopkins and SLP using Hennepin as a cut-through to downtown, so the engineers concerned about car traffic are satiated (holding my breath..). Let’s stop viewing this as a threat and turn it in to a major opportunity.

As to the trains moving through the trail. They’re electrically powered and therefore much quieter than typical trains, and emit next to no pollution. Successful neighborhoods all over the world have trains running right outside their front or back) doors. Any negative effect on property values due to bells ringing should be mitigated by the increase in transit service the neighborhood receives (particularly if the 21st St station is retained). Minneapolis should consider changing its Comprehensive Plan to allow for some density along the trail. It’s possible that the value of a single family home may degrade slightly with a transit line in its back yard, but a developer may see the proximity to a trail and LRT line as a major positive and be willing to pay more per acre than your typical family with 2 kids and a dog. Just sayin’.

Hope for the Future

Building the trail through Kenilworth doesn’t necessarily rule out a future Uptown (3C) alignment for a SWLRT. A shallow tunnel preserves the ability for the Midtown (Yellow!) Corridor to interline with the West Lake station.

I won’t get too geeky here (since there are likely a million technical challenges to this plan), but down the roads it’s possible to serve Uptown to Downtown by way of fast, frequent, fixed rail while keeping the tunnel useful. 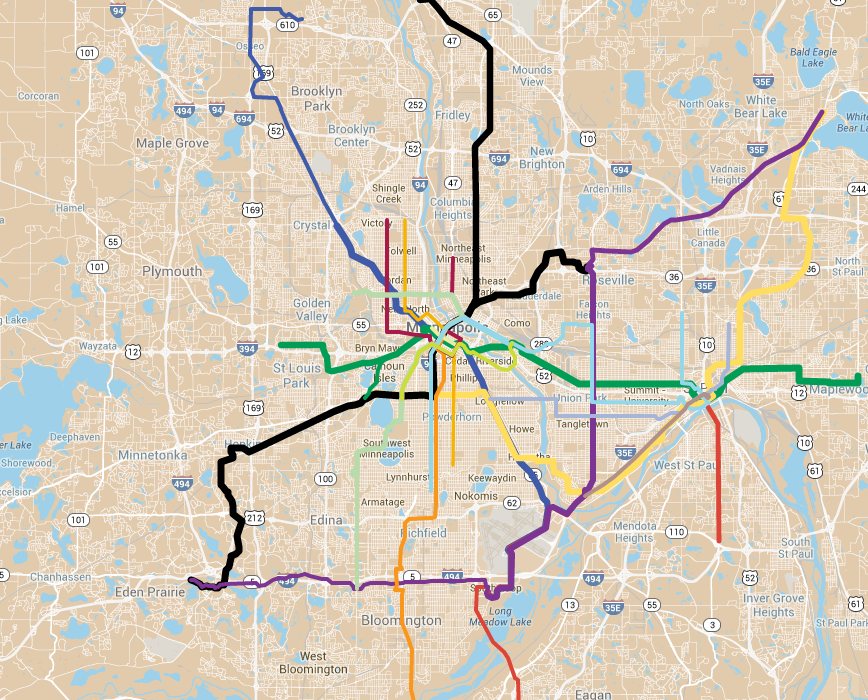 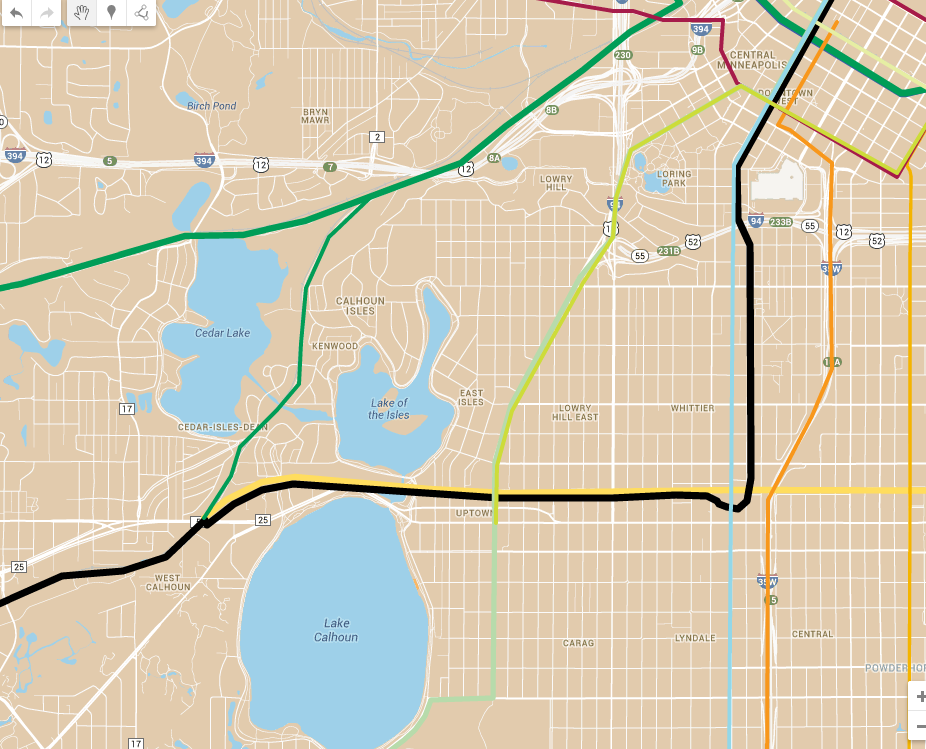 Serving Uptown with 3 grade-separated rail lines plus a Hennepin Streetcar for good measure.

Once the Midtown Greenway Streetcar is built (which should eventually interline with the Blue Line, cross the river at 46th St, hit the Ford Plant redevelopment, and follow the now useless CP line to meet up with the Riverview Corridor LRT), we can build a tunnel running under Nicollet or 1st Ave and (ideally) in a tunnel through downtown, serving NE Minneapolis. The current Green Line can interline with the Black Line to the SW burbs if desired, and when demand warrants frequency upgrades, Metro Transit can consider a branch running out to the West End (and potentially further to Wayzata).

Ok, one can dream, right?. But the reality is that building a tunnel now doesn’t necessarily rule out a SW-Uptown-Downtown rail line in the future. Plus, as stated earlier, the investments that are likely coming to Uptown will help take the load off the slow, late bus service that exists today.

Hopefully I did a decent job convincing myself and astute, opinionated readers that a tunnel option for the SWLRT isn’t the dumpster fire we’re all thinking it is. Happy commenting!!