“I like to help people so they can get better, so they can live the life they want to live,” said Hadi Khalif, a member of the Skyline Tower Leadership Team, when asked why he joined the group.

The Skyline Tower Leadership Team (STLT) is a group of residents that is focused on creating positive changes for their community inside and outside of Skyline Tower. STLT began about a year ago with the help of an intern from the Union Park District Council (UPDC).

Since Skyline Tower is located in their district, UPDC wanted to empower Skyline residents on issues in their community, such as green space, affordable housing, and the Central Corridor.

The intern from UPDC began working with a group of elders, who eventually led her to the group of residents that make up STLT: Hadi, Zeinab, Esmael, and Ahmed. These four residents have always been strong leaders in Skyline Tower, helping out family and neighbors with everything from translation to finances. Now, with the formation of the STLT and support from UPDC, they are able to come together to make a collective effort for their community.

Here is an introduction of the members of the Skyline Tower Leadership Team and why they think STLT is important. 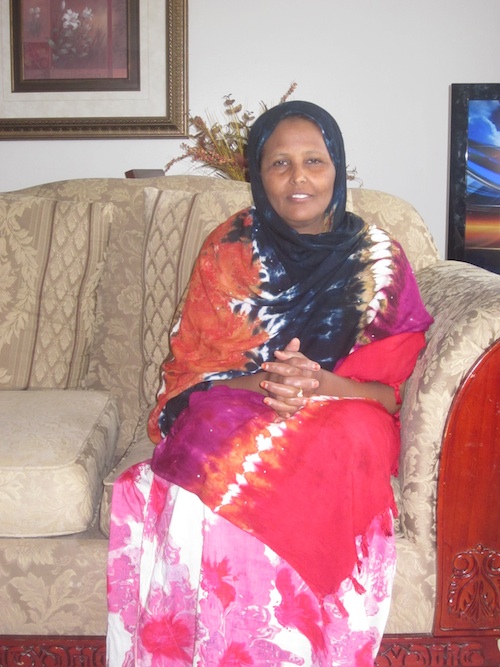 Zeinab Ahi Yusef has been helping the Skyline Tower community before there was a group, attending the first light rail meetings by herself: “They are talking so fast, but I know the main idea of what they are saying. When I heard about the train, I saw a lot of opportunity.”

Zeinab was born in Gaalkacya, Somalia, but moved around a lot because her father was a soldier. She has also lived in Italy and Seattle, Washington before moving to Skyline Tower in 1987. She now lives here with her 16-year-old son, Moustaf. Zeinab enjoys spending her free time with her son and watching him play basketball.

When asked why she works with the Skyline Tower Leadership Team, she said, “I keep going because I always like to help my community. That’s my dream to help other people: the kids, the older people, the middle aged.”

Zeinab also stressed the importance of working with all of the cultures of Skyline Tower, from Somali to Oromo to Vietnamese: “If we have more countries, we are stronger. Our voice is stronger if we all work together.” 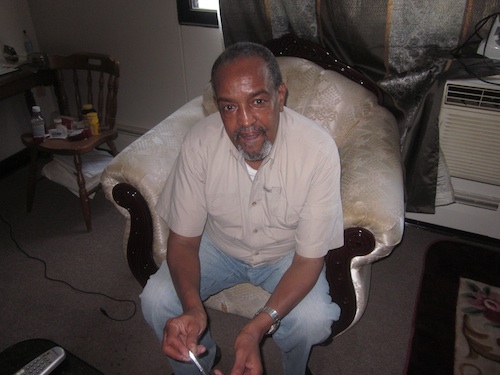 When asked why he joined the Skyline Tower Leadership Team, Ahmed said, “I saw a chance to make something. To upgrade these people, to inspire them. They need to be more proactive about everything. Because it is their lives, they are a part of this nation.”

Ahmed was born in Mogadishu, Somalia, but has also lived in Qatar, Saudi Arabia, and Kenya before coming to Skyline Tower in 2006. Ahmed studied history at Lafoole University in Somalia, and knows more about American history than most. The first thing he asked me was, “Do you know Amerigo Vespucci?” He has two cousins who live in Skyline Tower, and his six kids are scattered throughout the United States. 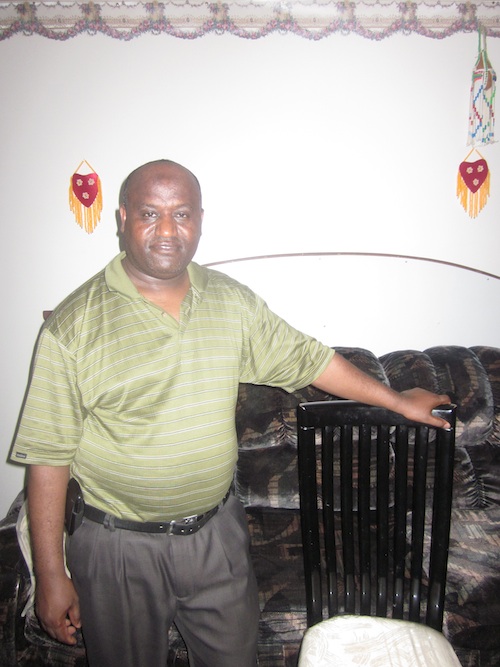 Esmael Guye said that he enjoyed working with the Skyline Tower Leadership Team because, “They are my friends and they are my partners. Anywhere, everywhere, teamwork is good.”

Esmael Guye is from Dodola, Ethiopia. In 1991 he moved to a refugee camp in Nairobi, Kenya for eight years, until moving to Minnesota to be with his sister in 1999. Esmael has lived at Skyline since 2004 with his 6-year-old son Zakaria, but his two other children and wife are still in Africa. Esmael also works two jobs, as a town car driver and as a personal care assistant for Brooklyn Home Health Care. Esmael said he joined the Leadership Team because, “Our people cannot speak the language. They need a lot of things and we want to help them. That is our goal.” 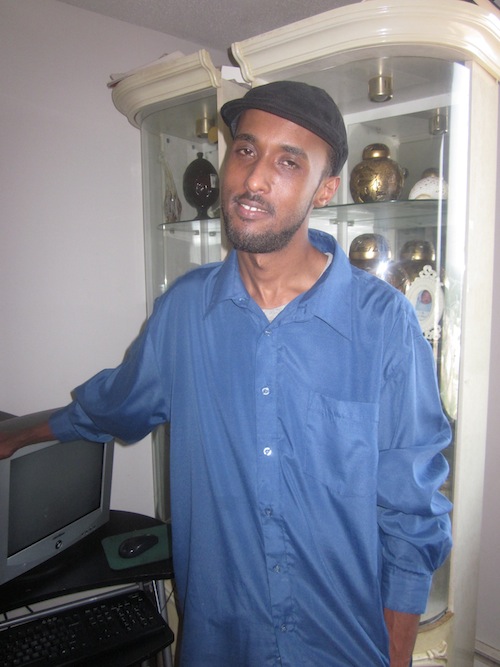 When asked what he wanted the world to know about him, Hadi said, “I have leadership qualities. I am very social, very understanding, culturally-orientated, and multi-lingual.”

Hadi Khalif is from the capital of Somalia: Mogadishu. He attended high school in Kenya, until moving to the states in 2000. In 2001 he came to Minnesota, and graduated from Eagan High School. Hadi moved to Skyline Tower in 2003, and has lived there ever since. He attended Inver Hills Community College for pre-pharmacy and social work for a year and a half. Hadi has been helping fellow residents ever since he moved into Skyline. Last July a group of elders from the community as, and they formed the Skyline Tower Leadership Team. When asked why STLT is important to him he said, “I like to help people so they can get better, so they can live the life they want to live.” Hadi’s goals for the future are to work in social services: “I like to work with the people. It has to be something to do with the people.” 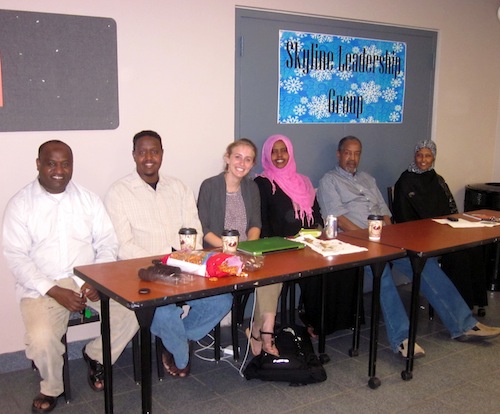