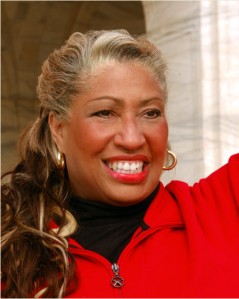 For the first time in Minnesota history, a legislative committee contemplated the legalization of same-sex marriage in the state on Monday. And while gay and lesbian families shared moving testimony about the hardships their families face because they cannot marry, a duo of congressional candidates stole the show with controversial commentary on gays and lesbians.

Barb Davis White, a Tea Party activist and Republican candidate for Minnesota’s 5th Congressional District, prompted shocked gasps from the packed hearing room when she said, “Rosa Parks did not move to the front of the bus to support sodomy.” Her testimony involved accusations that the movement for marriage equality is hijacking the civil rights movement.

“There is no difference between a black person and a white person other than their skin color when there’s a tremendous difference between a man and a woman,” said White, who was the GOP’s endorsed candidate against Rep. Keith Ellison in 2008. “Allowing a black woman and a white man to marry does not change the definition of marriage. However, allowing two men or two women to marry would fundamentally change that definition.”

White also garnered some laughs from the audience when she said, “Studies also show that the average homosexual has hundreds of sexual partners in his lifetime… and I repeat hundreds.”

“I’m here today to tell you that homosexuality and lesbian behavior is unhealthy,” claiming that gays and lesbians have higher rates of STDs than anyone else in the world, including “gay bowel disease,” an ailment that does not exist and is often used by religious right figures to paint gay men as diseased.

Another congressional candidate, St. Thomas University law professor Teresa Stanton Collett, who is running as a Republican for the 4th Congressional District, warned that Minnesota’s Christians are under attack.

“Make no mistake: Marriage, as a civil institution, as a legal institution, is grounded not merely in religion but also in the biological reality that sex makes children and children need a mom and a dad,” she said. “And should we choose to redefine that legally we will put the religious and moral beliefs of all Minnesotans at issue.”

“Churches and religiously affiliated institutions will lose their tax-exempt status,” she said. She claimed that Christian colleges would be forced to house same-sex couples in dorms, social work students would be kicked out of school if they refused to counsel gays and lesbians, politicians would revoke funds from religious organizations, and parents would be arrested for speaking out against homosexuality.

The hourlong testimony from both sides contemplated three bills: one to create civil unions, one to recognize out-of-state same-sex marriages and one to allow full legal marriage for same-sex couples. The hearing was for informational purposes only, and no vote was taken.