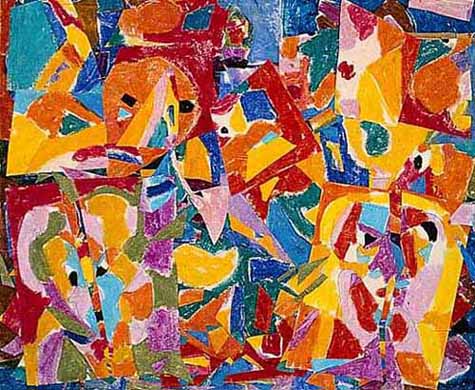 A 1970 drawing by University of Minnesota faculty member Herman Somberg (from the collection of the Minnesota Historical Society).

It is simply amazing to me that in the most hippie neighborhood in Minneapolis—nay, Minnesota—there is not one single cooperative grocery store. I’m speaking, of course, of the Powderhorn neighborhood, home of In the Heart of the Beast’s MayDay Parade, the May Day Café, rain gardens galore, and impromptu backyard music festivals and puppet shows. While the Seward Co-Op isn’t too far away, it just feels wrong that there isn’t a co-op in the neighborhood proper.

Of course, as many readers may know, there used to be a co-op in Powderhorn, which survived the famous Co-Op Wars only to succumb to debt in the 1990s. There are lots of great resources if you are interested in learning about the Co-Op wars, from Craig Cox’s Storefront Revolution: Food Co-ops and the Counterculture (Perspectives on the Sixties) to this documentary from KFAI. There’s also a brief history on the finding aid page of the Historical Society’s collection of papers on the Powderhorn Co-Op’s history.

As I was doing research about theater in the 1960s and 70s, I had the opportunity to talk with a few folks about the co-op movement here in the Twin Cities during that time, especially as it overlapped with art and theater. My interviews with Jan Mandell, Gail Irish, and Martha Boesing (not transcribed, but see the audio at the bottom of the At the Foot of the Mountain page) reflect theater artists all working in the overlapping worlds of feminism, leftist politics, and theater.

Of course, as anybody who’s ever worked in a cooperative or collective organization knows, it’s easier said than done. All three of the women spoke of the growing pains that inevitably came from trying to run a collective organization. “The theater was a collective,” Irish said, “and we tried to make all of our decisions together, and everybody tried to do everything and that didn’t work, so eventually we ended up kind of specializing, and whoever was best at doing it would do that.”

Boesing talked of similar struggles, with At the Foot of the Mountain eventually assigning positions to give the theater organization some structure.

What’s fascinating to me is the level that these theaters crossed over into political realms. It’s not that they were simply creating politically themed plays, but they were part of political movements. In the case of Circle of the Witch and Alive and Trucking, members were active members of political organizations. Penumbra was really an outgrowth of the Black Power movement, and Mixed Blood was inspired by the Civil Rights Movement.

When you look at Martha Boesing’s work, and the plays that At the Foot of the Mountain were doing, you see that they were really deconstructing traditional views of women and inciting dialogue about issues that had never been talked about openly in previous decades: rape, power, motherhood, sisterhood.

I think it’s hard for people in my generation and younger to imagine what it was like, this sudden new way of thinking. I mean, I still think we live in a white male patriarchy, but at least it’s not as bad as it used to be.

In a way, the plays don’t translate today, because of course things have changed, but that doesn’t mean there’s not a need for more crossover between the arts and social and political movements. I wish there was more of a dialogue between Occupy and theater companies, for example.

It’s not that we don’t have political plays now. We do, but I feel that perhaps it’s not as inciting as perhaps it was back in the 1970s. People may go see something over at Pangea or Teatro del Pueblo, or Intermedia Arts and have a lively discussion afterwards, but is theater really making change? Possibly spoken word has taken over that role these days. From my experience, that’s probably the most politically charged art form that’s happening locally. I wish it could be more widespread.

Things change, I realize. Upstart groups become institutions, or die away. Changemakers get careers and start families, and the younger generation behind them don’t take up the charge. I don’t know what is with my nostalgia for a time that was before I was even born, but I just wish, with all the issues that we face today—the economic disparities, the achievement gap, the environmental disaster that lies before us—that there’d be more investment from artists looking to make changes in our world.