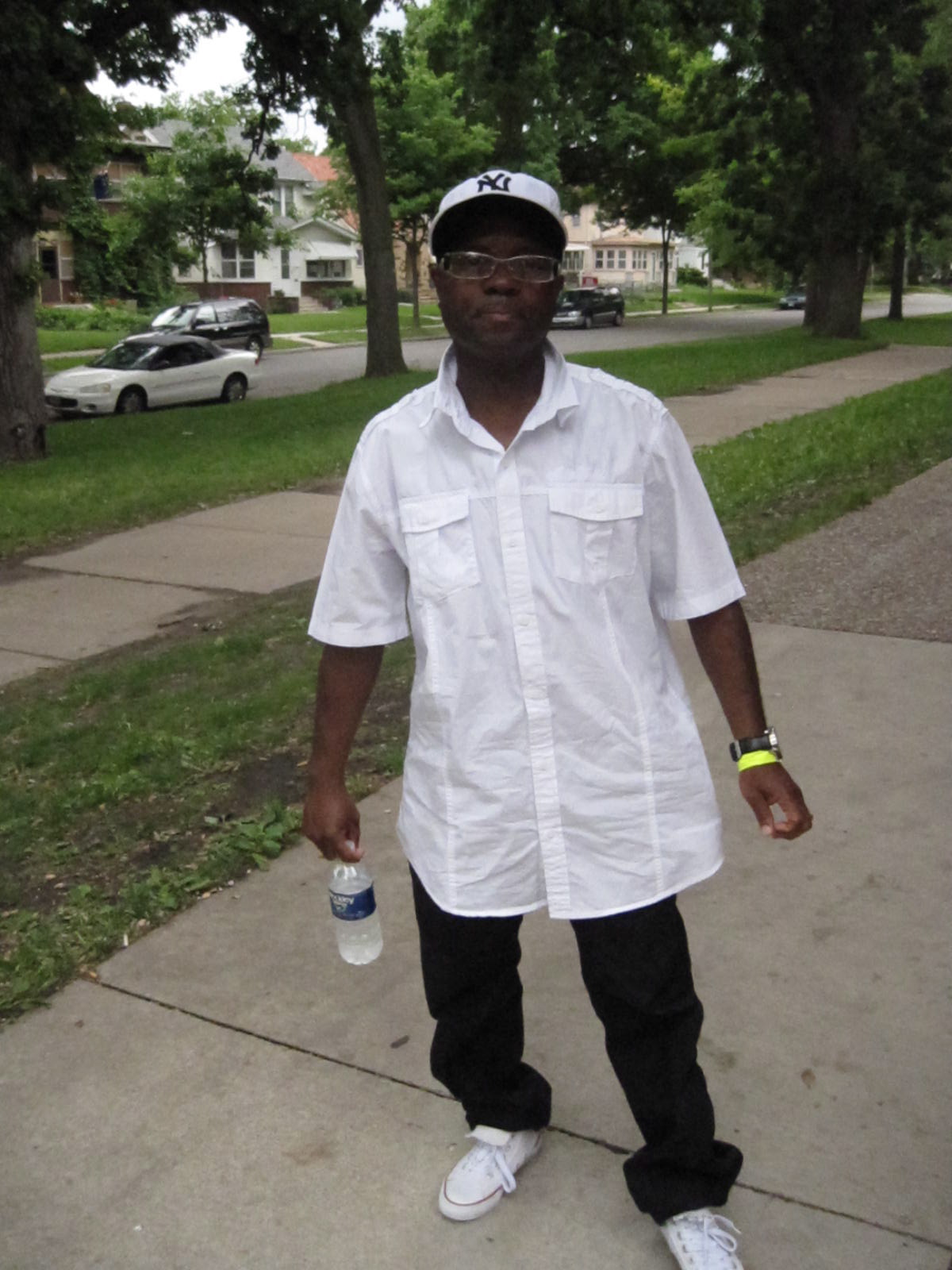 I stopped by North Commons Recreation Center the other day, to check in on how people staying at the Red Cross Shelter set up temporarily at that location were faring. I wasn’t exactly sure where my conversations were faring—I just thought I’d go and see where people who have been displaced by the tornado were, in the process of moving forward.

I was a little worried that if I spoke to someone official, they would say that I have to leave, so I parked a block away and kind of surreptitiously walked to the Recreation Center and introduced myself to a gentleman who seemed friendly.

His name was James Everett and he works with YCB’s Youth Bus. When I told him I was a reporter hoping to interview some people at the shelter, I could see him making a decision whether to help me. Luckily, I look friendly, too. He decided to help me.  He said that I should wait outside, because probably the Red Cross staff wouldn’t let me come inside or speak with the people staying there.

I ended up speaking to two people staying at the shelter and also a woman named Star Grigsby, AKA “Pickles,” a clown who has for years been bringing joy and laughter to Northside neighborhoods with her act. Between my interviews with those three people and my conversations with Everett, I have so many stories that I could write: human interest stories about the individuals, about the shelter itself, about the issue of the recreation center and its programs not being available for youth in the neighborhood and what the alternatives are, and more. I’ll be deciding which stories to write in the next week or so. But one thing that one of the people said stuck with me and made me think about my role as “the media”.

Dennis Parker Sr. was staying at the shelter with his wife and four children.  His other two children had other places to stay.  At first, he wasn’t sure if he wanted to talk to me. He had already been interviewed by two reporters, he said. And what did it get him? How does it help him and his family for the news media to interview him? He wanted to know what my story was going to be, and what my angle was.

It’s a question I get asked fairly often, actually.  And I never know what to say. Many times, the answer is that I simply don’t know what my angle is. I’m asking questions in order to find out about a particular topic, or individual, or organization, and from those answers I formulate an article of some kind.

But when Dennis Parker asked me the question, it gave me pause more than the question usually does. When I was walking the block back to my car I questioned my intentions, and also the value of telling people’s stories.

I suppose there is no way to tell, really, what value your story will be to readers or to the subjects of the story until after the fact. Sometimes, it can have an unexpected outcome, positive or negative. I guess my theory is that information is always good, and that readers can make up their minds what to do with information. But I’m not so naïve as to believe that even with the best of intentions, no article is without any bent or bias.