“All over (America), Negro boys and girls are growing into stunted maturity, trying desperately to find a place to stand, and the wonder is not that so many are ruined—but that so many survive!”

In my lifetime I have been legally classified on official documents as Colored; Negro; Black; Afro-American; African American (with and without a hyphen); and American. As a result, you will have to forgive me if at times I seem somewhat schizophrenic. As evidence of the residue from the negative forces of racism and oppression that surround and shape us, I truly believe that most Black people in America are more or less schizophrenic. I’ve grown up and interacted throughout my life with Black people who had one personality for dealing with white folks who were strangers, another for dealing with white people who were supervisors, another for dealing with Black folks, one for the police and other authorities, and a few more that sprang up almost without prompting—depending on the circumstance and who the encounter involved. This ability to successfully navigate what author Richard Wright referred to as the “cliff-like margins of many cultures” would serve not only as a survival skill, but truly as one of the wonders of Blackness, through which people of African descent not only survive—but grow and ­develop.

To be Black in this society and successfully navigate the social, political, cultural, and economic landscape that surrounds us, one needs at times to be a chameleon, recognizing when it is necessary for survival to tell the truth, or to tell folks what they think they want to hear, and knowing when to duck beneath the radar so as not to draw unnecessary attention to one’s self. This is not to suggest that one become compliant or assimilate, but rather that one’s journey through life and indeed each day can be delayed ­indefinitely, altered abruptly, ended—or made more bearable—in direct proportion to one’s ability to navigate, sense, adapt, prevent, or react to multiple situations concurrently, particularly when they involve whites with power in our society. In terms of navigating racial and cultural minefields, Black people (and people of color in America) are not only the original canaries in the coal mine, but the original multitaskers as well. 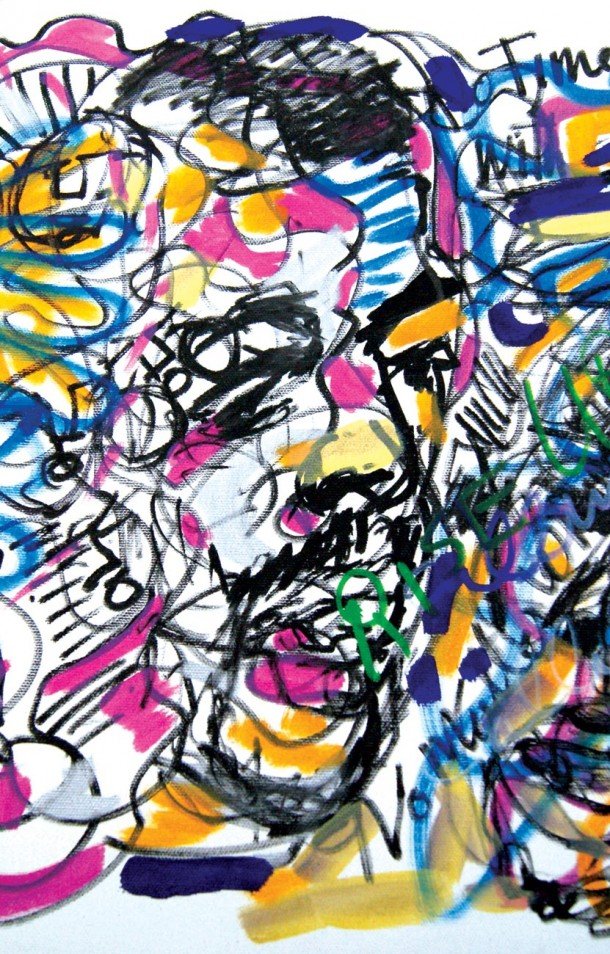 The latter of my racial designations (“American”) and its juxtaposition is important, because it occurred when I was forty-two years old and traveling on a fellowship across Europe. I was tired after taking a sleepless overnight flight from the Twin Cities to Hamburg, Germany, and then immediately taking the lengthy train ride to Salzburg, Austria. As I passed through customs the next afternoon in Salzburg, I could not help but notice a young Austrian soldier in a wrinkled, oversized uniform. He could not have been more than eighteen, but he appeared more like thirteen and had never shaved, or even smiled, it seemed. His appeared to be a dull and lonely job, standing post all by himself at his national border—in a train station no less. I could not help but wonder if the automatic weapon he carried on his shoulder, though quite deadly, had ever been fired. 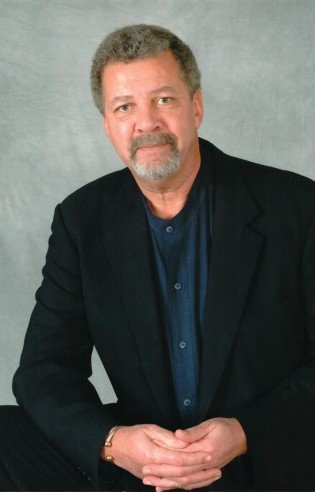 As I walked through the train station after leaving customs, I could hear someone shouting and their voice reverberating throughout the enclosed area of the station. “American, halt!” “Stop, American!” the voice kept repeating, with a thick Austrian accent. Like everyone else, I was wondering who in the world they were shouting at and what all the commotion was about. People stopped briefly in their tracks and heads were turning in every direction, including mine. Meanwhile, I had casually walked about seventy-five more yards during the commotion when all of a sudden, I felt someone tap me on the shoulder. I turned, somewhat startled, and noticed the unshaven boy soldier, completely out of breath, and in his outstretched hand, which he gestured toward me, were the sunglasses I had inadvertently left at the customs check point when I presented my passport for ­inspection.

Having thanked him, accepted the return of my sunglasses, and casually turned to walk away, it dawned on me that the reason I had no idea who he was shouting at was because this was the very first time in my forty-two years on this earth that anyone had ever referred to me as an “American.” In the taxi, on the way to the Archbishop’s summer palace where I would attend an international seminar on philanthropy and nonprofit organizations I had been invited to, it dawned on me what Richard Wright, James Baldwin, and other Black writers, musicians, and ex-patriots meant when they said that they had to go overseas to fully appreciate what burdens and scars racism had imposed on them in America.

I thought for a brief moment that this would be a good opportunity to reflect and try to internalize my first-in-life “American” experience, but I was both enthralled by the architecture and history of my surroundings, and far too tired from the trip to pursue it at the time. Funny thing, though, is that every time I hear the word “American,” I see the young soldier’s face and the puzzled look in his eyes because he thought he not only knew who I was—but that he had the God-given right to define me, and here I was, in a foreign country, naively oblivious to that grandest of white privileges—a privilege that Europeans and Americans take for granted. Ironically, having spent an incredible summer in Germany, Austria, Switzerland, and France, the “American” episode in the train station in Salzburg with the boy soldier is the one thing I most remember. At the same time, it was a “real time” reminder of what Richard Wright, Malcolm X, and W. E. B. DuBois so eloquently wrote when they pointed out that as Negroes “We are in America—but not of it,” or, “The fact that a cat has kittens in an oven—don’t make ’em biscuits.”

As DuBois put it, “It is a peculiar sensation, this double-consciousness, this sense of always looking at one’s self through the eyes of others, of measuring one’s soul by the tape of a world that looks on in amused contempt and pity. One ever feels his two­ness,—an American, a Negro; two souls, two thoughts, two unreconciled strivings; two warring ideals in one dark body, whose dogged strength alone keeps it from being torn asunder.”

On another occasion, not long after my Austrian experience, I had flown to Canada to participate in a national conference of foundation representatives when a white, female customs officer, while examining my passport, asked me quizzically, “What kind of a name is that [Yusef Mgeni]?” I responded, matter-of-factly, that it was an African name. Looking at my light complexion, seeing my business attire, and hearing my clearly American accent, she stammered in a challenging manner, almost disdainfully, “Why, you’re not African!” To which I responded, somewhat irritated, as I snatched my passport back and walked directly past her, “And you’re clearly not an anthropologist.”

As I walked toward the baggage claim area, one of my traveling companions sought to calm the agent down for fear I would be detained or denied entrance to the country. I could not help but notice the overhead sign as I exited the customs area: “Welcome to Canada.” The encounter brought to mind a saying our grandmother used to correct us with, whenever the terms “up North” or “down South” would enter the conversation. “If you’re Black,” she would tell us, from the throne of her hard-won status as an elder, “everything south of the North Pole is South—and you will do well to remember that!”

As I mentioned earlier, this labeling, this notion of dominant and subordinate, of difference and race would affect us, beginning in early childhood, even before we knew what it was, and would shadow us day in and day out throughout our lives. We were forced to become students and observers of supposed white superiority and white society, primarily because our survival depended on it, immersed in its elitist, capitalist grasp from the time the alarm clock went off in the morning until the sleep timer went off on the radio late at night. I clearly understood that we, as Black people, knew more about white culture than white people did, primarily because we spent every waking moment deflecting and trying to navigate it. At the same time, I found it quite ironic how little white people knew about their own culture—let alone that of any other group—either within or outside the geographic borders of the United States.

Some years later, our nine-year-old son was sprawled out on the living room carpet, watching Brian’s Song, a movie about Black Chicago Bears halfback Gale Sayers, who scored twenty-two touchdowns in his rookie year in the mid-sixties. Proud that he was enthralled by the rare image of a positive, Black male, adult overachiever (even if in a sport I found little use for), I asked him what he was watching. He told me, somewhat irritated that I was interrupting his viewing, and then I asked him with a hint of pride—hoping he would proclaim “the Black guy”—which one was Gale Sayers? Our son looked at me with incredulity and, frowning, said, “Dad, don’t you know who Gale Sayers is? He’s number 40!” He immediately turned his attention back to the television, hoping that the unnecessary interlude had not caused him to miss anything ­important.

This would be another teachable, reflective moment—one that went against much of my upbringing and experience. I had to silently drink it in and admire my own awe, inspired by an innocent Black man-child. While I saw a Black man who had achieved incredible accomplishments in his brief football career—despite the odds and the impressive opposition focused against him every single week—our son, in his impressionable young mind, saw a man who was identified most by a mere number on his jersey. At that moment in time, to his generation the number 40 was a more important characteristic than his race. I couldn’t help but wonder at the awesome responsibility that had been placed on the shoulders of our generation of “Rondo boys,” and of how serious the challenge and commitment was—to guide and help develop the next generation of young Black men that we had inherited.

Perhaps there was hope yet for the “courageous community” that Dr. King challenged us to build. To cast away forever, the little clouds of inferiority that inhabited our children’s mental skies. I hoped with all my heart that this authentic vision of a Black child’s world would become more than an exception to all that was happening in our country, in our lives, and in the race-obsessed world we, and he, had inherited.

Yusef Mgeni is retired after having served more than forty years in leadership positions with community-based organizations serving low-income persons and communities of color as an administrator, community organizer, college instructor, policy analyst, planner, award-winning journalist, and foundation senior program officer. Mr. Mgeni has also contributed many years of service as a member of the board of directors of many local and national civic and professional organizations, as a mentor for at-risk youth, and as an external sponsor for prisoners’ organizations in men’s and women’s correctional facilities in Minnesota. He has a forthcoming book, The Wonder of Blackness.

Illustrator Ta–coumba Aiken is a Twin Cities artist, arts administrator, educator, and community activist who focuses on public art and collaborative projects. His “rhythm paintings” on paper and canvas are loose and lively. He has participated in the creation of over 300 murals and public art sculptures, with themes ranging from local history to the artist’s own style of rhythmic pattern and spirit writing. His works can be found in public and private collections, including those of the Walker Art Center, General Mills, Herbie Hancock, Taj Mahal, and Maya Angelou. www.Ta-coumbaAiken.com