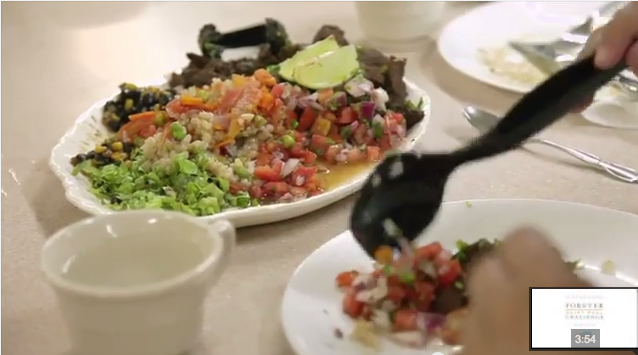 Last year, Saint Paul East Side resident Tracy Sides came up an idea to bring together people and local foods in what she called an Urban Oasis, a place where people could participate in a whole, healthy food system from seed to table and back to soil. Since the idea won a million-dollar Forever Saint Paul Challenge grant, a lot has changed.

According to the original proposal made by Sides, the Oasis would be housed in a vacant building in the Bruce Vento Nature Sanctuary near downtown Saint Paul, and would create a space in the city that was surrounded by nature and could promote local, sustainable foods in the community while providing a place for local farmers to process and sell their produce. Sides presented that suggestion to the Saint Paul Foundation and Minnesota Idea Open as part of their million dollar, Forever Saint Paul Challenge and received the majority of votes, winning the grant in September.

In February, the foundation announced that they would partner with the non-profit Twin Cities Local Initiatives Support Corporation (TC LISC) to administer the million dollar grant and lead the project management. As part of that announcement, the foundation mentioned that the grant would be used specifically to “develop the programmatic aspects of the Urban Oasis, such as food processing, cooking classes and other educational opportunities that focus on healthy food.” They also referred to the vacant building in the Bruce Vento sanctuary, calling it “an aspect of the original vision,” and noting that “discussions about that site have been ongoing – prior to the Urban Oasis idea – and will continue independent of implementation plans for the Urban Oasis.”

TC Daily Planet contacted Sides for an update on the project and the roles that she and TC LISC will play in its development. While the big vision of the Urban Oasis – helping Saint Paul residents to experience and participate in a whole and healthy food system – hasn’t changed, some of the details have. The Oasis’s physical location is one of these. In May, a request for the State Bonding Bill to partially fund the development of the nature sanctuary’s vacant building was unsuccessful. Sides is clear however that this hasn’t slowed down plans for the Urban Oasis, but only modified them.

In fact, the Lower Phalen Creek Project has become an integral part of Urban Oasis, receiving two-thirds of the Forever Saint Paul Challenge grant and hiring Sides as the executive director of their Urban Oasis initiative. Plans for the next 16 months – the period of the grant with the Saint Paul Foundation – kicked off on June 12 with a sold out film screening of Growing Cities, a documentary about urban agriculture in the United States. Following the screening, Urban Oasis and community hosted a discussion about sustainable foods in urban areas and re-imagining our food system.

The official launch of Urban Oasis begins August 17 with a canning event, where people can bring tomatoes from their home and community gardens and have them canned. Later in the year, Sides is planning free cooking classes focused on healthy eating, and early 2015 will bring a catering service and value-added food products to increase access and enjoyment of nutritious, affordable, sustainable food. She’s also developing a community advisory group to help build a fiscally sustainable program.

With the Bruce Vento building not an immediate option, the Lower Phalen Creek Project is working with the City to investigate other possibilities, but they’re also looking at other East Side properties for kitchen space and offices. Sides hopes to announce at least an interim location for the Urban Oasis’ center before the end of the summer.

In the meantime, she encourages residents and other interested people to sign up for the Urban Oasis newsletter for updates on the center and opportunities to get involved in the movement to promote local, sustainable food in Saint Paul.