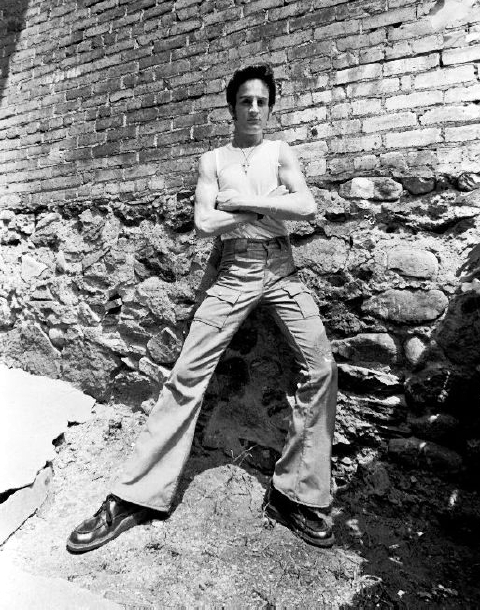 I’m in my mid-40s, been divorced for a few years, and am finding that all the dating rules have changed since I was younger. For one thing, until recently, guys my age seem to want little to do with me, and the younger guys, well, been there, done that. Imagine my surprise, then, when a nice looking middle-aged chap kept making eye contact with me (and smiling) at a bar while watching a band! I waited for him to come talk to me, but it didn’t happen before my friends and I were leaving. I put up a Craiglist ad but got embarrassed and took it down right away. This was a couple months ago and I still think about him. I questioned all my guy friends and they were unanimous in their opinion that it was up to me to go talk to him, and that nice guys don’t hit on girls in bars. Is this true? And also, am I being obsessive? Was he just being friendly and nothing more? It is just so rare that I look at a guy and go “wow.” Please advise in case there’s a next time.

Next time this happens, get yourself unstuck from your ball of friends, unglue those feet from that same spot on the floor, and go up and say “hi!” Don’t be shy or nervous. You don’t have to grab his crotch to get his attention—you’ve already got it, baby! First, find an excuse to linger where he is (buying a beer, better spot to see the band). Think of a conversation point or two before you walk up to him—it can be anything from liking his clothes (“nice belt buckle”) to asking what was the last song, or—this often works—”You look familiar. Do I know you?” I know it sounds hokey, but it still works. From 100 feet away it’s difficult to tell if he’s just being friendly or is attracted to you. How are you going to pick up the pheromones, the chemistry from that distance?! Think, ‘70s girl: What would Jimi do? “Let me stand next to your fire…” Hendrix knew what to do.

If he’s interested in you as you so clearly picked up the vibe on (don’t need to be hit on the head with a 2×4, with that much eye contact plus smiles) he should be able to continue the conversation, and anything goes from there. If things are going well, you can glibly offer to buy him a beer (guys love it when you buy them beer!) and you might want to occasionally touch his arm while talking. That sends a subconscious body signal that you’re into him: it clarifies you’re having a good time with him and it isn’t just in the head.

Now, supposing you are too shy and still stuck and he left (or you do), when this happens again—and it will—Craigslist is indeed the right thing to do. It’s today’s Missed Connections! But leave it up for more than five minutes. It might take the guy two weeks or longer to think to look there, or maybe his friend will see it. This happened to me once, and it took about that long…but it worked, and we dated for a short while. You have nothing to lose in keeping the posting up there

While I don’t think you’re being obsessive, I think it’s good to keep one eye out for this guy, and the other on other potential suitors out there as well. What the hell, frequent the bar you saw him at, the band you saw or similar ones—chances are your tastes are in sync and someday you’ll see each other again, but don’t hold your breath.

I am not entirely sold on this “nice guys don’t hit on girls in bars” thing. Maybe they’re saying it’s bad form these days to grab ass, or pull the hair or some other potentially creepy overtly sexual gesture. (It was bad form those days too—not that that stopped creepy dudes in polyester.) But! Nice guys do walk up to girls, ask to buy them a drink, all the things I recommended you do. I think this is great and should be encouraged. Bad pickup lines are passé (I wish) but some guys will come up to you—though not often while you’re hanging solid in your group of friends. That’s scary. Venture out and about, cruise the room. I do this always, regardless…not to find men, to socialize. But, in the course of that, many a cute guy has made eyes or struck up a conversation. It can become easy once you muster the self-confidence. I saw a guy on the street recently who had the perfect attitude I want to pass along to you—he walked with an easy confidence, happy, knowing he was a beautiful man oozing with sexual attractiveness. His walk and attitude were totally hot. If he were in a bar? Wow. Have fun with this, strike a pose, walk with self-confidence and beauty up to, or past, that man—remaining friendly, not distant. If you don’t feel this, practice—fake it till you make it! After that, definitely keep it real.