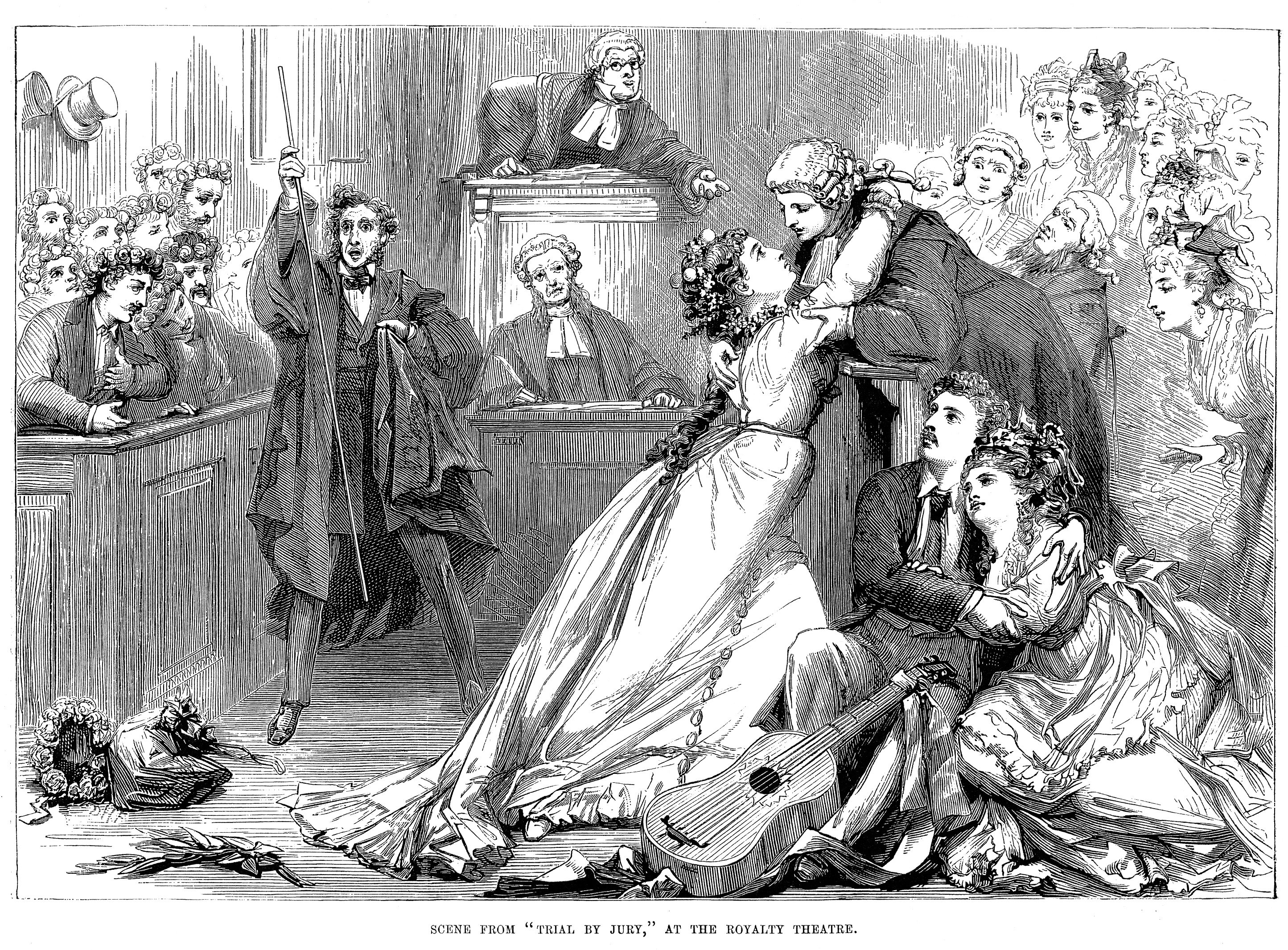 An illustration of the world premiere of Trial by Jury in 1875.

The last few weeks have been filled with great news for American opera lovers. On the national front, San Diego Opera announced its new General Manager on Wednesday, marking an important milestone in the turnaround of a storied company with a surprising near-closure last spring. David Bennett, currently the executive director of NYC’s Gotham Chamber Opera, will move across the country to take the reins. Notably, Bennett will draw a base salary of $200,000, 40% of his predecessor who led the drive to shut down the financially healthy San Diego Opera. This salary, according to the latest Form 990-C filings available, is roughly the same as earned by the President of Minnesota Opera; Minnesota Opera and San Diego Opera are predicted to have comparable budgets, if not sunshine, for 2015.

Closer to home, the summer opera is shaping up with a slew of different announcements. Mill City Opera will bring Donizetti’s classic The Daughter of the Regiment (La fille du régiment) to its iconic stage overlooking the Mississippi, with performances on July 11, 13, 15, 17, 19, and 21. The young company’s third-season production of Tosca last year completely sold out.

Two local opera companies will be making appearances at the 2015 Minnesota Fringe Festival. Really Spicy Opera, a transplant from Boston that appeared at last year’s Fringe, returns with an all-female cast and production crew with The Clever Artifice of Harriet and Margaret. This chamber opera that won the National Opera Association’s Chamber Opera Composition prize in January and features a libretto and score by Leanna Kirchoff. Kirchoff is a graduate of the University of Minnesota-Twin Cities and a former student of Dominick Argento.

In a surprise twist, the local stalwarts at the Gilbert & Sullivan Very Light Opera Company are also making an appearance at the Fringe Festival this year, with a production of Gilbert & Sullivan’s rarely performed Trial by Jury. Producer Stephen Hage described the company’s first-ever Fringe performance as an exciting addition to its normal mainstage and concert productions, adding capacity and introducing Gilbert & Sullivan to new audiences.

The Minnesota Fringe Festival, long a hallmark of varied and boundary-pushing theatre, has recently been attracting increasing interest on the operatic front. Really Spicy Opera and GSVLOC beat out three other opera organizations in the Fringe lottery.

Looking forward into the 2015-2016 season, Minnesota Opera’s next year takes a more traditional path before jumping into a distinctly contemporary bath of horror. The next season includes Strauss’s Ariadne auf Naxos (Sept. 26-Oct. 4); a revival of last year’s hit production of Mozart’s The Magic Flute (Nov. 14-22); Dvořák’s Rusalka (Jan. 23-31); Puccini’s Tosca (March 12-26); and The Shining (May 7-15). The Shining, an adaptation of Stephen King’s novel of the same name, features music by Paul Moravec and a libretto by Mark Campbell.

Minnesota Opera’s celebrated production of The Manchurian Candidate has attracted national acclaim and continues through this Sunday, March 15. GSVLOC’s production of H.M.S. Pinafore runs through March 29. The last spring opera performance on the calendar is MN Opera’s steamy production of Carmen, set to open on April 25 and play in an extended run through May 10.