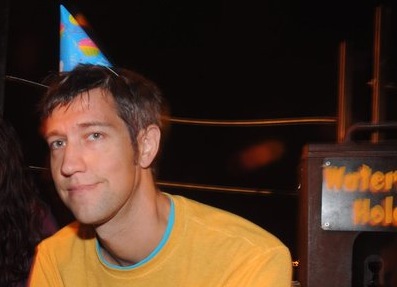 Don’t ask why a dramatic comedy about midlife crises was one of our favorite movies to watch when my siblings and I were kids, but it was. Recently I watched Alan Alda’s The Four Seasons (1981) for the first time in several years, and afterwards someone asked me what I thought about the film given my background in sociology. I responded by talking about changing attitudes toward divorce, but as I thought about the question later, I realized that what had most struck me on this viewing was just how old the characters act.

The film is about three married couples. All of the characters consider themselves middle-aged, and seem to regard themselves as at the beginning of their golden years. They’re well-established in their professional careers, they’ve all been married for over 20 years, and they’ve all recently sent kids off to college. How old are they? Except for one character who’s ten years older than the rest, they’re all in their early 40s.

I really noticed that fact on this viewing because I’m now just six years younger than Alan Alda’s character in The Four Seasons. I sure don’t feel nearly as old as he does, and I don’t think I’m the only 30-something who feels that way. In fact, I know it: in a recent New Inquiry post, Autumn Whitefield-Madrano considers the changing face of 36, which is her age as well as mine. The header graphic for the post shows three women at the age of 36: Anne Bancroft as Mrs. Robinson (!) in The Graduate, Phylicia Rashad as Clair Huxtable in The Cosby Show, and Reese Witherspoon today. Not only do today’s 36-year-olds feel younger than Clair Huxtable and a lot younger than Mrs. Robinson, Whitefield-Madrano points out, they’re still treated as young in pop culture.

Thirteen years after my [college] graduation, who do I see on magazine covers? A 43-year-old Jennifer Aniston. And a 39-year-old Gwyneth Paltrow, 36-year-old Kate Winslet, 42-year-old Jennifer Lopez, 42-year-old Tina Fey, and 36-year-old Reese Witherspoon—all of whom were big or rapidly on their way there when they, and I, were in our 20s. Add to that the 38-year-old Elizabeth Banks, 33-year-old Rachel McAdams, 32-year-old Zooey Deschanel, 33-year-old Kate Hudson, 38-year-old Heidi Klum, 37-year-old Christina Hendricks, and 36-year-old Angelina Jolie, and it gets harder and harder to believe that Hollywood truly does fetishize youth as much as we say it does. Yes, there will always be the 18-year-old Dakotas and 22-year-old Kristens, but we’re in an unprecedented age of mature women being construed as alluring in the mainstream press. Julianne Moore is 51. Want to know who else was 51? Rue McClanahan, when The Golden Girls first aired.

Whitefield-Madrano mostly discusses this shift as a matter of culture and health, but shifts in education, demographics, and the life course play into this as well. Consider the Four Seasons characters. A couple who were 42 in 1981 would have graduated from college in 1960, three years before The Feminine Mystique was published. The median age of marriage in the U.S. was 20 for women, 23 for men. (This, incidentally, is a major reason why the teen pregnancy rate in the U.S. has actually been in a long-term decline: the teen marriage rate has been in decline.) The Four Seasons characters, typical of their generation, were married in their early 20s and had kids right away. The women stayed home to care for the kids while the men went to law school and medical school…and there they were 21 years later, already empty-nesters in their early 40s. No wonder they felt middle-aged!

By contrast, in my generation both the men and the women went to graduate school, and very few ended up partnered with people they’d been with since their teens. They met their partners in their 20s, got married in their early 30s, and now, in their mid-30s, are having their first children. This week alone, I’ve learned that two couples I met in grad school—both couples being the same age as I am—have had or are having their first babies. If Felix and Laurie’s baby is born when they’re 37, that means they’ll be 55 when the kid goes off to college and, since the kid will likely take at least as long as today’s college students to really and truly move out of the house, they won’t be full-fledged empty-nesters until they’re in their 60s. Then there will finally be time for a mid-life crisis.

This life course varies by class and education, of course, but for middle-class men and women in their 20s and 30s today—men and women who went to college, then went to grad school or took an internship or traveled or tried a couple of different careers—waiting until our 30s to begin the “settling down” process is the reality. And even so, “settling down” isn’t all that settled any more: it’s less likely to entail marriage, much more likely to entail both partners continuing their careers, more likely to be urban rather than suburban, and more likely to see kids incorporated into adult lives that are well underway rather than seeing those relatively new adult lives built around the kids. “The thing about people who have their kids when they’re young,” another friend of mine who’s become a new mom in her mid-30s told me, “is that they haven’t had all the years we had to be childless adults. They don’t know what they’re missing!”

It takes a while, though, for cultural stereotypes to catch up to reality. Every 30-something has surely felt a version of what Whitefield-Madrano describes: a weird sense that 36 is “supposed” to look and feel older than it does. Sometimes, in fact, it’s put to us plainly. I was recently out at a rock club, talking with a few people in their early 20s. When one of the women learned I was 36, she held up her hand. “Wow. High five for that!” For what? For still being alive? For being out on a Tuesday night? For not having kids? For not being married to Mrs. Robinson? I’m not trying to act young or fool people or prove a point—I’m just living my life.

This is nothing new: I felt the same way about being “16” when I was 16. When adults would refer to me as a “teenager,” I’d tip my nose slightly in the air and say, “I prefer the term adolescent.” Now, as then, I want my life to be seen and judged for what it is, not against an outdated yardstick for what it’s “supposed” to be. Look at who I am and not how old I am. If I seem to be enjoying my life, give me a high five for that.