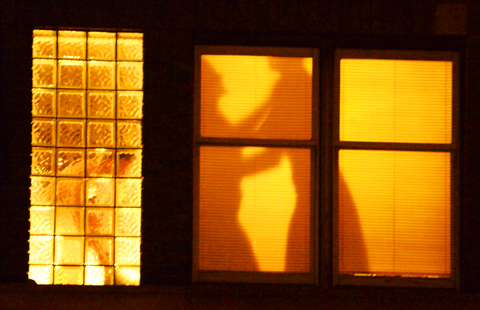 1419, the DIY interdisciplinary arts space, is at a crossroads. Founded by a group of idealistic students from the University of Minnesota studying various artistic disciplines, the collaborative—located in a run-down building across from the Southern Theater in Minneapolis’s Cedar-Riverside neighborhood—has gone from a small undertaking to being of the hottest venues in town. Now, though, its future is in doubt.

The project’s growth has caused some conflicts among the group members, some of whom want the space to remain free from institutional restraints and others who want to allow 1419 to become a legitimate organization that allows emerging artists to explore new and experimental work. Their growth has also caught the attention of the venue’s owner, Surinder Singh, who this fall discovered just how popular 1419 has become, and wants to increase the rent as a result.

“I was like the first one to hatch the idea,” said Broc Blegen, one of 1419’s founders. This was two years ago, and Blegen was in his sophomore year. A visual artist, he was disappointed in the U’s collaborative arts program. “I felt like [interdisciplinary art] wasn’t happening,” he said, “because there wasn’t a neutral art space.” The classes would be bent toward the discipline where a particular class took place, whether that be theatre, or art, or dance. “I wanted a neutral space where all disciplines could feel comfortable,” he said. Also, he noticed that the development of community tended to happen outside of class.

Originally there were six people having these conversations, Blegen said. “The goal was to find a live work space where 6-8 of us could live together and also have programming,” he said. The problem was that it was hard to find a live work space. The group of students met every couple of weeks. They looked at the Love Power Church building—also across from the Southern—and toured the space, but it wasn’t zoned for living. “The landlord is unbelievably—I don’t know if ‘lazy’ is the right word,” Blegen said. “We kept asking. He’s not one to get things done.” They were going to talk to the city, but they ran out of time, as fall was nearing and they needed a place to live.

Ultimately, they toured the 1419 space, which was also not exactly up to code, but it was at least zoned for living. The four people who ended up living in 1419 were the ones whose parents allowed them to do so, Blegen said. “It was pretty sketchy.” The group at that point comprised the four people living in 1419 and four others who lived in a house in Seward, where the group would meet to have potlucks. 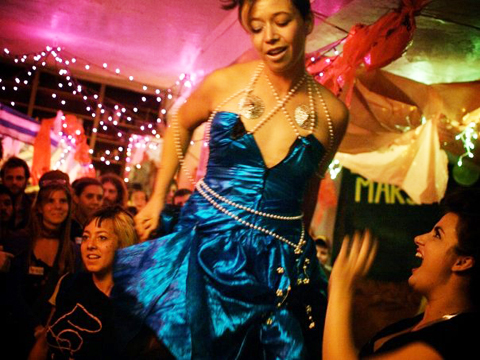 The group grew slowly, and eventually there were 13-15 people involved. “There was a lot of effort to keep it as non-structured as possible,” Blegen said. “Some in the group felt that was more important than others.” There were only about three to five people doing any of the administrative work, and so for efficiency’s sake, they decided to make a governing board of four to five people who would be responsible for coordinating the space, and to facilitate communication among the other participants.

When the artists moved into the building, it took a while to clean up the place. “It was full of the landlord’s junk,” Blegen said. First they cleaned up the second and third floors, which they were renting. And then they started having shows. Art shows, multidisciplinary shows, rotating work every two weeks. There was performance art and musical acts, each event increasing the venue’s popularity. This fall, their Shoot the Moon show drew 500 people, packing every floor.

“I think it’s been very different from what I had imagined,” Blegen said.  What started out as a small group of people who wanted to live together and do interesting things has become very successful as a community space. “It’s grown on its own, organically,” he said.

The 1419 organizers, too, have pushed the DIY mentality. Unlike other DIY venues, 1419 hasn’t exactly kept itself a secret. They have a website, a Facebook page, and a Twitter account, and openly advertise their events. “We always wanted to be an expansive community,” Blegen said, “not an inward community. The secretness of a lot of [DIY] places turns me off. People need entry points into any community. It’s important to provide those entry points for new ideas to come in.”

They had the landlord’s blessing to put on shows until he realized how big the shows really were. “This fall, our relationship [with the landlord] has been stressful,” Blegen said. “He wants us to pay more money.” Previously they had only been paying $1,250 a month for their living space, but now the landlord wants them to pay for the whole building.

Last spring, Blegen was going to go to do some course work in New York and he decided to move out for the whole summer. The stress of living in such a public space became too much for him. He didn’t like sharing his bathroom with the public, and always having strangers in his space. Also, as a visual artist he needed a more stable space. He needed mind space and physical space to do his work. Ben Gansky moved in when Blegen moved out.

Technically Blegen is still on the board, but he’s trying to find a way to leave the board and incorporate other people. “We’re in a strange place right now,” he said. Many of the 1419 members will be graduating in the spring, and plan to move to different cities. Some want to apply for grants while others want to keep the space the same as it has been. One thing is for sure: if they want to stay in their building, they are going to have to start paying for the first floor.

Another one of 1419’s founders is Billy Mullaney, who was Blegen’s roommate in 1419 until Blegen moved out. Mullaney said that he personally is against fundraising for the group. What was so great about their situation, he said, was that the rent was the only money they had to pay—and they would be paying rent to live somewhere anyway. 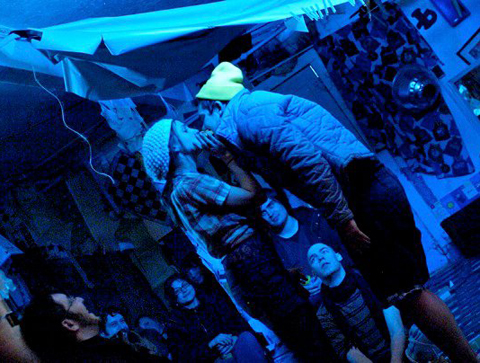 “We were creating work on our own terms,” Mullaney said, “that didn’t have any censorship.” He doesn’t want to play the money game.

“We’ve been able to exist without money for so long,” he said. “To suddenly start following a mandate—to go along with other models of arts organizations or go along with economic structures of capitalism or even go along with state law—as soon as we become legitimate we won’t be able to break the laws as flagrantly as we have.”

As students, they could “go balls to the wall,” Mullaney said. Outside artists would come in to do shows and they would get the space for free. In turn, the students would be able to do workshops with the visiting artists. The 1419 artists, in turn, would help out the visiting artists without getting paid. “We could create this awesome moneyless economy,” Mullaney said.

Ben Gansky, who joined 1419’s governing board this summer, said his perspective is different from the other founders who have been “in the thick of it from the beginning.” By the time Gansky joined, 1419 had snowballed into a bigger and bigger thing from what it had started as. For the last several months, Gansky has presented a different perspective, one that is more pragmatic. “I came in and said ‘What’s the mission? What’s the goal? What are the steps to move forward?'” What Gansky gathered is that the group wants to be as self-reflexive as possible—neither blindly accepting nor imposing—and always being considerate about how they talk about work. 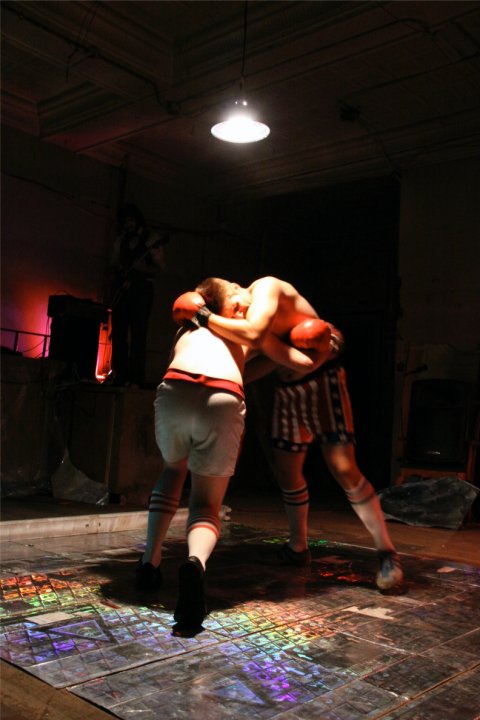 Gansky began finding ways to develop the mission of 1419. He began working with the community on organizational development, with help from a couple of friends in the Carlson School of Business. Gansky pushed the group to think about sustainability, and improving communications. He was instrumental in putting up 1419’s website, and suggested that they look into getting grants.

Some 1419 members agreed with Gansky: they wanted development. Others didn’t. Thus far, 1419 has gained fiscal sponsorship through Springboard for the Arts, and will probably be applying for grants, although the group is still in discussions about whether it wants to seek funding from outside sources. They are currently accepting individual donations via their website.

“There’s an implicit tug of war,” Gansky said, “about what the 1419 identity means.” Some members want to keep the venue as accessible as possible for emerging artists to create work. Others want to explicitly resist the power structures, including tenant law and state law. “The journey,” Gansky said,” is in negotiating larger ways of going about both things.”