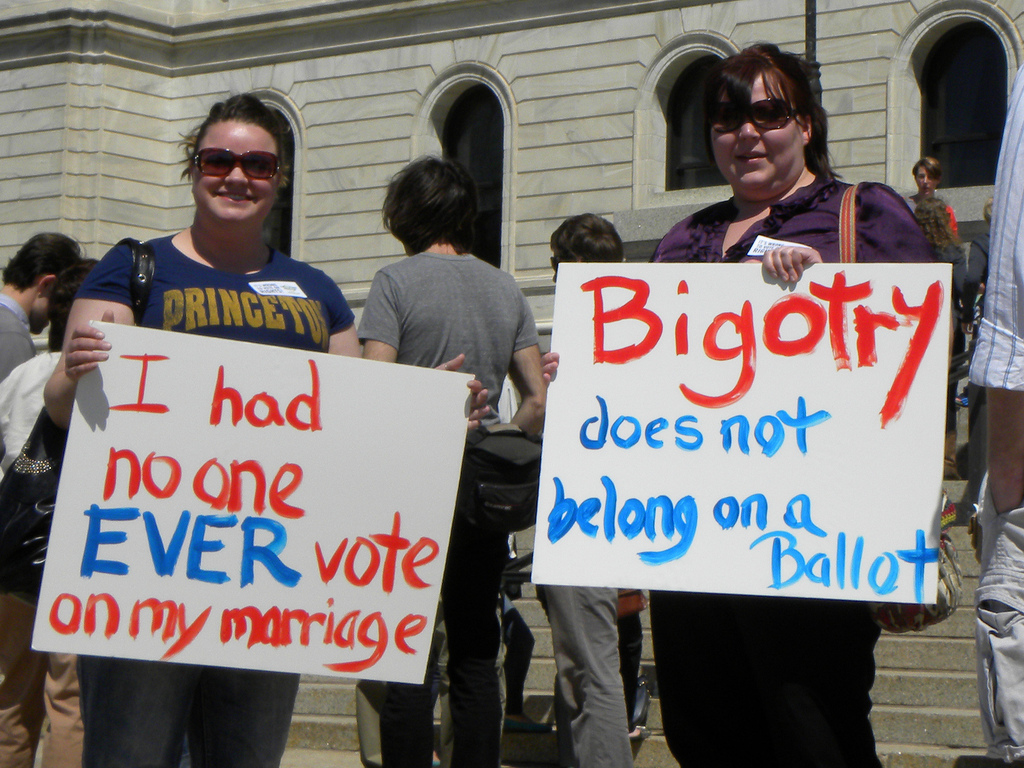 There’s been some incredible momentum for advocates of marriage equality, what with 12 states now allowing same-sex marriage and DOMA overturned by the Supreme Court this week. There’s a lot to celebrate, especially for those who are personally affected by these changes.

There’s a lot of talk about how changes in cultural values, helped by portrayals of gays and lesbians on television shows and other forms of media helped shape a greater intolerance for homophobia in general, which helped lead to these historic landmarks of policy.

That may be true, but when you look at what actually happened in Minnesota (and other states), when it came down to stopping the amendment that would ban same-sex marriages—and then the subsequent legalization of same-sex marriage—it’s more than just a shifting of tolerance levels that can be attributed for the success. Rather, it was the full-scale effort, tireless campaigning, and a lot of financial and political support that ultimately led to our state becoming the 12th state to legalize marriages for all.

There are probably others who can more accurately name the people and organizations most instrumental both stopping the amendment and helping pass the new legislation—from organizations like Minnesota United for All Families to lawmakers like Karen Clark and Scott Dibble—and no doubt we would not have been successful without these individuals and organizations leading the way, but what was also amazing to me was how the movement was able to spread like wildfire, gaining support from so many large businesses and corporations, nonprofit organizations and arts institutions, and inspired so many people who weren’t necessarily personally affected by the law to volunteer, donate, display bumper stickers and lawn signs and change their Facebook picture.

Certainly marriage equality isn’t the only issue that is of importance to the LGBT and queer communities, but in focusing so specifically on this one point of policy, this one very glaringly discriminatory law was changed in our state. It’s pretty inspiring, and I feel it might be wise to take a step back and figure out what exactly went right, so that it can be replicated.

The reason I’m thinking about this is because as a feminist, I feel like we can’t even figure out if feminism even still exists, and how to actually define it. I feel that we can take cues from what has gone right with the marriage equality movement in order have more of an impact.

First of all, let’s figure out what we want. If there’s one thing that these past two years have shown us, it’s that if you focus on one particular issue—even if it’s not the only issue or even the most important—you gain greater momentum. There are many to choose from: protecting reproductive rights, equal pay for equal work, protections against sexual violence and domestic abuse, dismantling rape culture (a bit more abstract, yet probably one of the most important), breaking the glass ceiling or even more specific issues such as strengthening the powers of tribal governments to prosecute non-native sexual perpetrators.

But I think the most important takeaway from the marriage equality movement was the way that it became such a mainstream issue. It wasn’t an issue for which only gays and lesbians were fighting. It was something that everybody—every single Minnesotan—had a stake in.

We need more feminists. We need more men to be feminists. Issues that affect women shouldn’t be important to only just women. For that matter- issues that affect only certain populations of women (such as sexual violence within the Native community or violence against transgender men and women of color) need to become important for all women, even if they aren’t from that particular group.