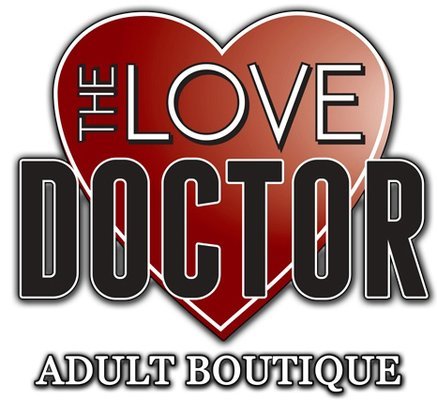 Before that, it had been a long break – reaching back to undergrad in Terre Haute, Indiana, where I sat atop an enormous cuckoo clock, in lederhosen, playing the flute.  I was Hans Christian Andersen.  Really, the less said about that production, the better. Acting is not my calling.  In fact, it’s way out of my comfort zone.  I leave it to the professionals.

However, Samantha Johns has lured me into semi-performance again.

Tomorrow, Friday, September 27, 2013.  One night only.  And I am in some very eclectic company (see the roster at the end of the post).

Not really performance so much as simply being.  Deliberately.  In public.  With another person alongside me.

Samantha Johns and George McConnell directed something that was, no question, one of the best pieces of theater I saw in 2012 – Snowf**k (of course they spelled it out in all caps, but I don’t want to shout and curse on the internet at the same time, so…)

Samantha and George (and their partner in crime Paige Collette) make some damn interesting theater together.  Just check out Samantha’s website if you don’t believe me.

The thing that probably interests me most about it is that they’re never pretending the audience isn’t there, that the audience is a passive spectator.  They want to engage the audience, to pull them out of themselves for a minute or two, or ninety, and get them to really encounter what they’re seeing.  It’s a conversation.  Even if the audience isn’t speaking, they’re actively watching, thinking, and responding.  It’s not the dreaded “audience participation” but the fourth wall is definitely a creeky old anachronism best shoved off to the side.  Walls in general are not what Samantha, George and Paige are interested in, unless they’re knocking them down.

So, there’s this arts initiative in St. Paul called Irrigate:

Irrigate is an artist-led creative placemaking* initiative spanning the six miles of the Central Corridor Light Rail line in Saint Paul during the years of its construction. Artists collaborate with businesses, organizations and community groups to change the landscape of the corridor with color, art, surprise, creativity and fun.

* Placemaking is the act of people coming together to change overlooked and undervalued public and shared spaces into welcoming places where community gathers, supports one another, and thrives. Places can be animated and enhanced by elements that encourage human interaction – from temporary activities such as performances and chalked poetry to permanent installations such as landscaping and unique art.

And there’s this adult novelty store called The Love Doctor (right near the corner of University and Snelling, just off highway 94) – think Sex World with a lot less neon.  No, I’m not linking to their website, that’s the definition of NSFW.  They’re at 1607 University Avenue West in St. Paul.  “Your Prescription For Passion” (hee)

Outside The Love Doctor, there are a number of evenly spaced trees along the sidewalk bordering University Avenue.

According to our instructions, or Performance Score:

PERFORMANCE SCORE:
-You will perform in between the trees lining the sidewalk – in front of Love Doctor.
-When you arrive. You can pick your location and begin performing.
-Sam will be there – if you have questions before you begin.
-The piece is silent.
-The piece is family friendly.
-The piece does not involve any objects/props other than humans.
[If you would like you may bring something to sit on – if you do not want to stand for 1+ hour.]
-Clothing of your choice. Pedestrian attire.
-Ideally you will remain in one location during your performance time.
-You will be performing actions of intimacy and care.
Possible examples of Intimacy: Holding hands, Brushing a cheek, Hugging, Kissing,
Looking at each other, Standing back to back, Thumb wresting, ETC
[It could be one of these actions, or all of these actions. Or what ever you feel best about.]
-If pedestrians ask what you are doing – we’ll have flyers for you to hand them (below)
-With-in this score, please make the piece your own.
-Relax. Have fun. Respect.

NOTES:
-If you would like to stay longer than you signed up for, wonderful!
-There will be photos and video being taken.
-We will have bottled water for you.
-Bathrooms are available in The Love Doctor.

Those flyers we hand out in order to stay silent/not talk say the following:

2 – THIS.HERE. is a reality where intimacy is not something to be hidden.

3 – THIS.HERE. is a small little scream we need you to hear.

5 – THIS.HERE. is a long-approach to altering landscape.

7 – THIS.HERE. is a safe environment to respect, empower, and take care of yourself and others.

8 – THIS.HERE. erases culture artifacts and [re]claims love in its own image.

10 – THIS.HERE. can be performed/lived anywhere by anyone.

“These are our beliefs. You get to have beliefs of your own. What matters to us is not that you agree with us, but that you question the prevailing paradigm and decide for yourself what you believe.”
– Easton and Liszt

So yes, it sounds pretentious.  Everything Samantha and George and Paige do sounds pretentious.  They take it very seriously.  They talk about it in a very simple straightforward manner.  But it’s not about being confrontational.  It’s just about not being passive.  And I never experience theater that these people make as pretentious.  It’s always just something they’re very excited about sharing with an audience.  Quite literally sharing.  It’s not about “look at me and what I’m doing.”  It’s about “come over here and hang out with me for a while and tell me what you think of this.”  Frankly, it’s always fun, and odd, and strangely innocent for something that is so often dealing with human intimacy.

This event came up in a random exchange of messages between Samantha and myself and I thought, “Well, I can stand in one place and hang out in silence with a friend for an hour.”

Then it occurred to me – who would I ask?

If I had a husband or boyfriend, obviously, that would make something like this easier.  Of course, there’s a friend down in Texas, and another friend over in Slovakia, either of whom would said yes and be totally down with the whole idea.  After all, with me it’d be more like hanging out than making out anyway.  So, local…  Samantha had no worries about it, “there are millions of cool local ppl who would look at you for an hour or 2.”  Thanks, but I also have to feel comfortable asking them.

And of course, my brain immediately thought, “It should be a guy.”  The whole reason I do theater is to tell stories that I don’t see, and I figured (rightly, see the roster below) that the whole thing would lean largely hetero.  Even if the “two guys” pairing I brought to the mix wasn’t going to be sexual, just the presentation of two men, together, silent, with no beer or ladies involved would naturally send a different message than the expected Love Doctor male-female pairings, or even two women (which people seem more comfortable with, less threatened, even titillated by, for better or worse).  I am, naturally, oversimplifying and generalizing.  It was just my thought process.

So, it’ll be me and two heterosexual fellows hanging out between a couple of trees in front of a sex toy shop.  I’m standing for a two hour block, and they’ll each tag in for an hour apiece.  And I have absolutely no idea what we’re doing.  First is Cade Homselth, dancer, choreographer, aerialist and massage therapist.  Next is Matt Weerts, playwright, actor, and stand-up comedian.  Matt and I will probably have a harder time because we’re used to talking so damn much.  Cade’s a lot more in touch with the physical side of things.

Worst case scenario – I get to hang out for a couple of hours with a couple of guys like I like spending time with, and we’re less than compelling “theater.”  Plus I push the envelope of my comfort zone by being out in public with the express purpose of being looked at.  The “what am I wearing” part of my day will be especially fraught.  Matt and I have already planned to go out and eat afterward just to be allowed to talk and decompress.

There’s really no hiding here.  We’re either close to the doors where the customers at Love Doctor come and go, or we’re on the ends where people walking by the Love Doctor have to pass on the sidewalk.  We’re getting seen no matter where we place ourselves.  There is no offstage, because there is no stage.

So here’s the line-up, starting at 4pm

Billy Mullaney (another Samantha/George regular) and Emily Gastineau are there for the entire six hour stretch from 4 to 10pm.  If you get bored with any of the rest of us, Billy and Emily are always fun to watch.

Also on deck from 4 to 5pm – Amy Salloway and Florence Brammer; Ben Kreilkamp and TBA; Megan (no last name given) with Jim and Oliver (same); and Carly and Chelsea (again, no last names)

Starting at 6pm; Savage Umbrella regulars Blake E. Bolan and Carl Atiya Swanson and Hannah K. Holman get a daisy chain of pairings going – it’s Blake and Carl from 6pm to 7pm, Carl and Hannah from 7 to 8, and Hannah and Blake from 8 to 9.

Joining that, along with Billy and Emily, will be me and Cade (Everett hour 1)

Starting at 7pm, Cade tags out and Matt tags in for Everett hour 2, alongside Billy and Emily, and Carl and Hannah.  Also in play, Annie Enneking with Harper and Flann

I may be done for the evening at 8pm, but Billy and Emily continue, Hannah and Blake pair up, and Alana Horton starts her own two hour block, first with Ben Marcy.  Also in play, John Bueche and Nancy Waldoch, and Emma Buechs and Phoebe DeVincenzi

Winding down the evening, we have the ever present Billy and Emily, while Alana pairs off with Ryan Brownlow.

So part of St. Paul is definitely not shutting down after 5pm tomorrow.

Come watch a bunch of people.  Being.  Together.

I think it’s going to be fun.