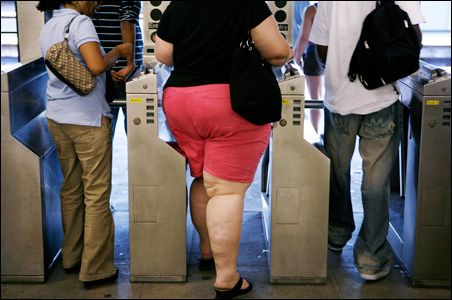 Often a pejorative term, the word “loser” has gained some panache since a certain network television reality show grabbed America’s collective fancy. Why, after all, shouldn’t weight loss bring applause and attention?

That brings us to The Biggest Loser Minnesota Challenge, a statewide competition that begins Jan. 24 and intended to coax Minnesotans toward adopting healthier lifestyles and losing some lbs.

Already, close to 14,000 persons have signed up. [EDITOR’S NOTE: According to Alliance for a Healthier Minnesota, the number had risen to “almost 20,000” by January 25.]

Further, there’s a Pound for Pound Challenge: for every pound of weight pledged to be lost, a pound of groceries will be delivered to a local Feeding America food bank. A pledge to maintain healthy weight translates into a five-pound grocery donation.

Sponsored by the Alliance for a Healthier Minnesota, a coalition of Minnesota corporations working with the state Department of Health, the “loser” program encourages people in the work place, those in community groups and families to form teams to compete against one another to earn points for healthy behavior.

Still, the Biggest Loser program is “…not just about rapid weight loss or massive weight loss. It’s also for people who don’t need to lose pounds, but who want to track their number of minutes of exercise and healthy eating,” explains Chris Tholkes, program manager of the state health department’s Communities Putting Prevention to Work.

Popular culture aside, there are several reasons why the Minnesota Department of Health’s Statewide Health Improvement Program (SHIP) has signed on, not the least of which is to attract attention to the need for Minnesotans to lose weight.

Statewide, 1 in 4 people are classified as obese and 1 in 3 is classified as overweight, says Tholkes.  That issue is covered in The Minnesota Plan to Reduce Obesity and Obesity-Related Chronic Diseases, located here.

For instance, one of the things the department knows is that there are definite health disparities between races and ethnic groups, Tholkes said. Consequently, the department is working through its local health departments to reach out to communities within communities to work toward health equity.

One example: With the encouragement of health officials, some Indian tribes are working together to develop programs focused on encouraging physical activity and better nutrition to improve the health of their people.

Other examples, Tholkes said, include the Minneapolis Health Department’s efforts to look at health issues in city neighborhoods asking such questions as these:  Do neighborhood groceries sell fresh fruit and vegetables? Do children and their families use neighborhood parks for recreation, and if not, why not?

Those broader public health efforts include environmental and systems changes, says Jose Gonzalez, director of the department’s Office of Minority and Multi-Cultural Health.

Disparities in health
Good health, Gonzalez said, is not just an event. It should be part of an effort to change the way neighborhoods are designed and to study disparities in the health of populations of color and American Indians.

For instance, Gonzalez said, the department is looking at what elements make for a healthy community. That issue is being researched by health personnel in connection with the construction of the light rail system between the downtowns of St. Paul and Minneapolis.

“We’re getting better at knowing how to measure [health disparities], at identifying where we’re missing data and, unfortunately, the fact that health disparities mostly occur around populations of color and American Indians is still very true,” Gonzalez said.

For these groups, too, obesity plays an important part in health. “Diabetes, heart disease, stroke, all of those are clearly impacted by weight, exercise and diet,” Gonzalez said.

So far the health system is better at identifying the number of persons of color who have died of disease rather than the incidence, he said. By being able to collect data reflecting the numbers of people diagnosed with such afflictions as cardiovascular disease and diabetes who are being treated, “We would know whether we’re actually making an impact,” he said.

In a news release, the Alliance also spelled out business’ interest in a healthier citizenry. “A healthy workforce is more productive, energetic and keeps the cost of healthcare down while increasing the competitiveness of Minnesota’s economy nationally and globally,” said Matt Kramer, president of the St. Paul Area Chamber of Commerce.

As for “The Biggest Loser,” NBC’s popular show, Gonzalez suggests food for thought: “It’s television. Is it changing behavior?”