While I was initially shocked that my coop, The Wedge, hired a law firm known for being anti-union when their warehouse employees began organizing, I can now report a happy ending for all. The Wedge dumped the law firm and hired another and now they have contract.

The Wedge Co-op reached an agreement yesterday on a three-year contract with its warehouse workers, who unionized this spring in a labor dispute. 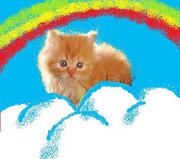 Yay! The Wedge is one of those great idealist businesses that is supposed to embody all of the good things we progressives believe in. And now all is rainbows, kittens and organic, fair trade, eco-friendly falafel dust again.

“I think this is something to build on,” [UFCW 1189 organizer Bernie] Hesse says. “I think this gives us and the workers there some energy to organize at some other co-ops, some other food processing [plants] and warehouses.”

And this bit makes me feel like I matter at my coop:

Hesse gives credit to Wedge members for the ensuring fruitful negotiations between workers and management. He says Wedge members expressed steady support on behalf of the workers. But Hesse also praises management for listening at the bargaining table.

Still no word if The Wedge has fired its PR firm that advised them so poorly in this matter.