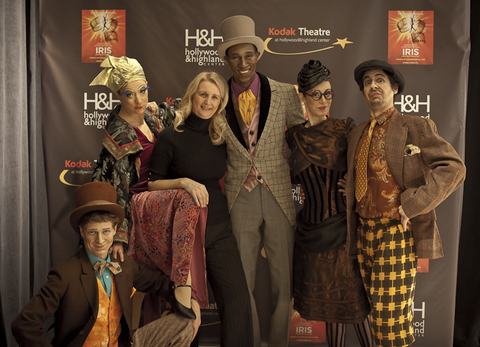 Barb Teed and new friends at the Hollywood Chamber's "Just Before the Oscars" Media Center. A Hollywood make-up artist was displaying her talent. Photos by Jeff Rutherford.

HOLLYWOOD, CALIFORNIA—When the Hollywood Chamber of Commerce International Media Center staff found out I was from the Twin Cities, it was like old home week. I was surrounded by people who excitedly wanted to tell me where in Minnesota they were from.

The Hollywood Chamber hosts a media center on the two days leading up to the Academy Awards for local, national, and international members of the media who will be covering the Oscars.

The newest chairman of the Hollywood Walk of Fame selection committee, John Pavlik, was born in Iowa, moved to Minneapolis when he was three, and went to South High School until his sophomore year. Pavlik remembered exactly his two Minneapolis house addresses: “1216 Ninth Street and 4211 First Street.”

A journalist before joining the utilities business, Pavlik has been chair of the star selection committee for a year. “I don’t have business cards,” he said. “I’m retired.”

The star nominee has up to five years to unveil their star. According to Pavlik, some stars turn down the opportunity to have a Hollywood Walk of Fame star.

The nomination must have a sponsor willing to pay a fee of $30,000 and permission from the star. Anyone can nominate a person, even a group of fans. The five categories are Motion Pictures, Live Theater/Performance, Television, Recording, and Radio. “There is discussion going on [during the selection process] and some on the committee aren’t shy about how they feel about a certain nomination,” said Pavlik. There is one voting member per star category; Pavlik only votes in the case of a tie.

Actor Alec Baldwin was the 2,433rd Star, which was unveiled on Valentine’s Day. Next up on March 1 is Israel Philharmonic Orchestra conductor Zubin Mehta, in the recording category, said Pavlik. Kirk Douglas will be the guest speaker. 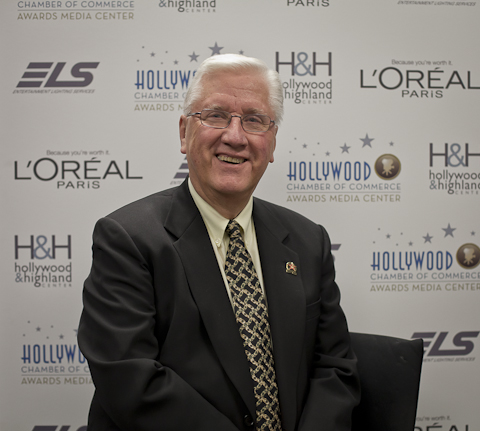