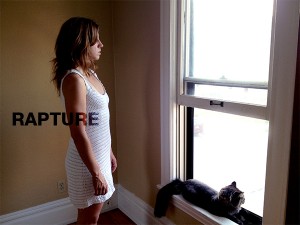 Theater isn’t all about politics and gay people this month.  I know, shocking, but true.  While I’ve been tied up in theater over on that end of the spectrum, there’s tons of stuff going on in the coming weeks for folks who want their entertainment to have nothing to do with the election, the marriage amendment or the voter ID issue.  For example…

(This list is by no means exhaustive.  If you have shout-outs for things I missed, tack them on in the comments section below the article.  And I’ll be updating as I learn new stuff.)

Special event for the first weekend of November…

– Public readings and feedback sessions for Savage Umbrella‘s new work in development, Rapture at Interact Center for Visual and Performing Arts on November 2 and 3, 2012 only

Closing up shop this first weekend of November…

– Old time Fringe favorite The Lives of the Most Notorious Highwaymen gets the Six Elements Theatre treatment – October 20th to November 3rd, 2012

– Just for the scary season – the Twin Cities Horror Fest at the Southern Theater – October 25th to November 3rd, 2012

– Photograph 51, about the woman who helped discover the structure of DNA (and the reasons we don’t know that), at Minnesota Jewish Theatre now through November 4, 2012

– Tennessee Williams’ Summer and Smoke at Theatre in the Round Players now through November 4, 2012

– Lombardi at the History Theatre now through November 4, 2012

– The Hobbit goes to the Far East thanks to Green T Productions – October 20th to November 4th, 2012

And a special shout-out to the one production other than my own play which I’ve actually managed to see…
Next To Normal, running over at Mixed Blood now through November 11, 2012 – a tricky production of a fantastic Tony and Pulitzer Prize-winning musical that’s very much worth your time – and it’s free – my review can be found here.

And one more Fringe favorite currently enjoying a popular revival in the heart of the downtown Minneapolis theater district…
2 Sugars Room For Cream at the New Century Theater now through November 11th, 2012

– The Tony Award and Pulitzer Prize-winning musical Sunday in the Park With George out at Bloomington Civic Theater – October 19th to November 17th, 2012

– Sandbox Theatre‘s latest ensemble-created work, Beatnik Giselle, at the Southern Theater – which I’ve already gone on at length about here.

– Bucaneers, a show a friend of mine just raved about, over at the Children’s Theater Company now through October 21, 2012

– The Diary of Anne Frank at Yellow Tree Theatre now through October 21, 2012

– Off Leash Area is finishing up their annual garage tour now October 20, 2012

– A Mighty Fortress Is Our Basement at Plymouth Playhouse now through October 21, 2012

– One night only the Encyclopedia Show hits Kierans Irish Pub with The Zodiac Show on October 21st at 7:30pm

– Skewed Visions has the latest in their ongoing series of Three Principles workshops for those interested in developing the skills they use in their own site-specific works of theater – Saturday October 20th, 10am to noon

– Monday and Tuesday October 22 and 23 at 7pm is Pillsbury House Theater‘s award-winning Chicago Avenue Project – this time around with the young theater artists writing the scripts to be directed and performed by a who’s who of local theater professionals.  Always a great time.

– The classic ghost story Turn of the Screw from Torch Theater now through October 27, 2012

– A memory play, or a play about memory colliding with modern technology, Meronymy at Red Eye now through October 28, 2012

– We Are Theatre (and So Can You) – a 24-hour letter reading extravaganza from the minds of George McConnell and Samantha Johns, the folks who brought us Snowf*ck – in the garage at 2209 East 33rd Street. Minneapolis MN – from 11pm on October 26th all the way to 11pm on October 27th, 2012 (stop by for a little or a lot)