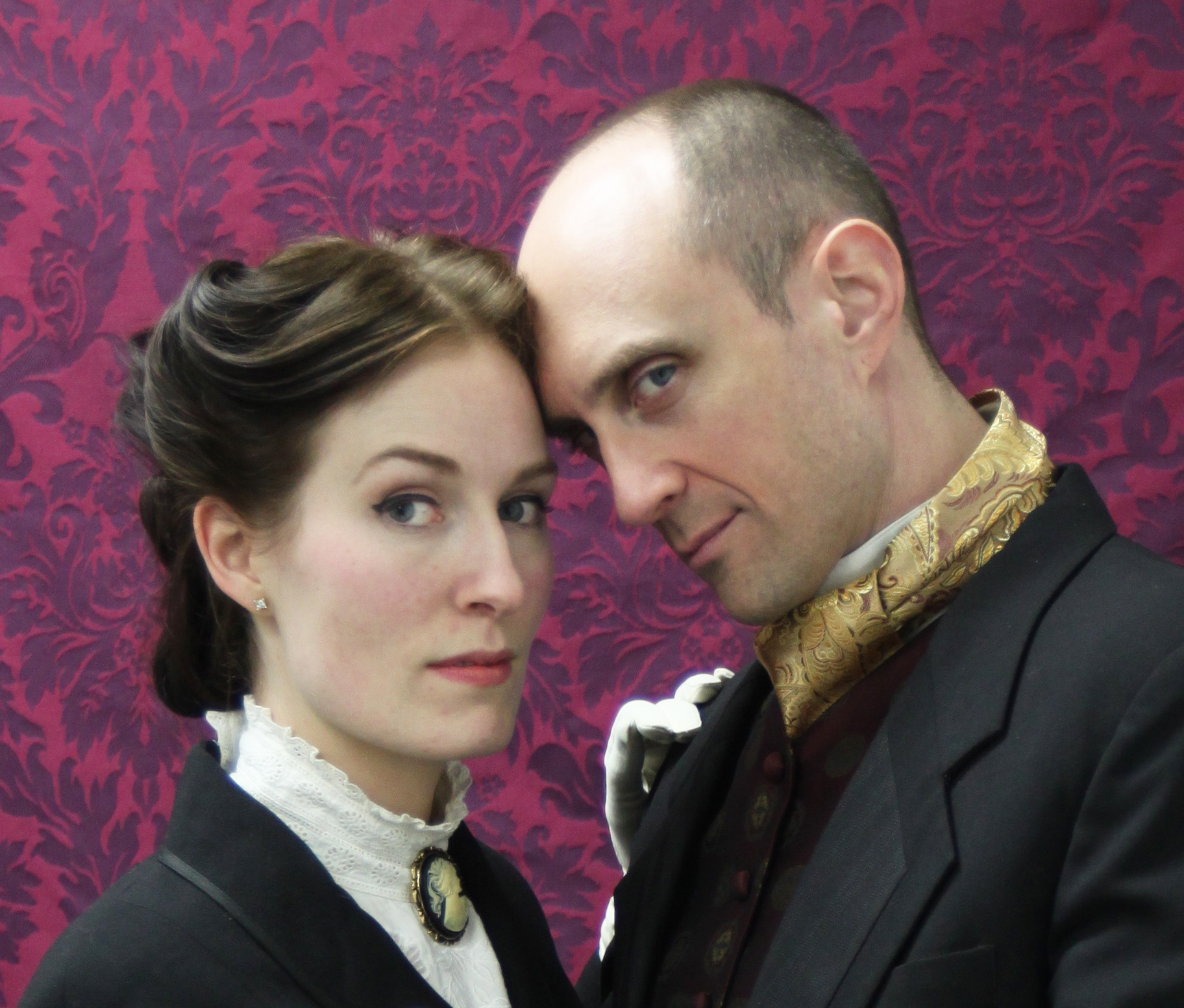 On Sunday afternoon I caught Drakul, the new production by Walking Shadow Theatre Company. (Rebecca Collins previously reviewed Drakul in the Daily Planet.) Well, actually, the term “caught” is a little too breezy. Written and directed by John Heimbuch, Drakul is a three-hour epic based on Bram Stoker’s 1897 novel Dracula.

The Transdimensional Couriers Union, the show Heimbuch wrote and directed for Walking Shadow last summer, was one of my favorite productions of 2010. Drakul shares with Transdimensional a grand narrative ambition: both plays are long, and flash fluidly back and forth in time with a cinematic pacing and sweep. Drakul outdoes Transdimensional in set and lighting design: Steve Kath’s set design is attractive, evocative, and flexible; Amy Hill’s costumes support the production’s Victorian goth aesthetic. I attended the show with a friend who works on the technical side of theater, and she said, “I want to marry whoever designed the lighting for this show.” The lucky guy turns out to be Logan Jambik, whose design works beautifully to create a sense of depth and scale.

Heimbuch is an impeccably elegant, and often forceful, writer. His dialogue is a treat to listen to, which is a good thing given the great quantity in which it is presented. Returning from Transdimensional is lead Melissa Anne Murphy, recently anointed the hottest woman in Minneapolis. (Heimbuch and I were both also nominees in Vita.mn’s hotness contest, and before the show we shook hands and offered mutual consolation that neither of us made the final cut.) Murphy and the rest of the cast offer focused, appropriately intense performances.

Unfortunately, the script is not as focused. In unspooling the elaborate chain of events, Heimbuch leaves character development by the wayside. Characters’ motivations and conflicts are pointed to but not shown. Where does Dr. Seward (Wade Vaughn) fall in love with Lucy (Joanna Harmon)? What makes Drakul (a creepy Charles Hubbell) tick? The play’s climax hinges on a decision of sorts to be made by Mina (Murphy), but the groundwork for us to feel her inner conflict hasn’t been laid.

Nor do we understand the rules of the game. Perhaps because the Transdimensional universe was created from scratch, Heimbuch made sure that the terms of its sci-fi reality were explained to the audience. We know the general idea about vampires, but the details of vampire life vary from one vampire show to another. If Drakul bites someone even once, do they inevitably turn into a vampire? What’s the significance of the victim biting Drakul back? How do the vampires get around? Can he turn into a dog? A bat? This isn’t a minor matter: the entire second act depends on the alteration of Murphy’s character in the wake of her date with Drakul.

I’m also curious about what would happen if the casting were reversed between Murphy and Harmon. Murphy gets the job done, but we don’t really see her inner conflict between, as Drakul puts it, fear and desire. The repressed Victorian woman is a not-uncommon trope, and the bar for playing it well was recently set by Sarah Teich in The Awakening. What if Murphy had been cast as the flirtatious Lucy, and Harmon had played Mina? Harmon is one of the most forceful actresses in the Twin Cities, and while Murphy acts convincingly seduced by Drakul, Harmon looks like she’s ready to seduce him. Like Mina, this production might have really lit up if it had been fueled with a little less fear and a little more desire.