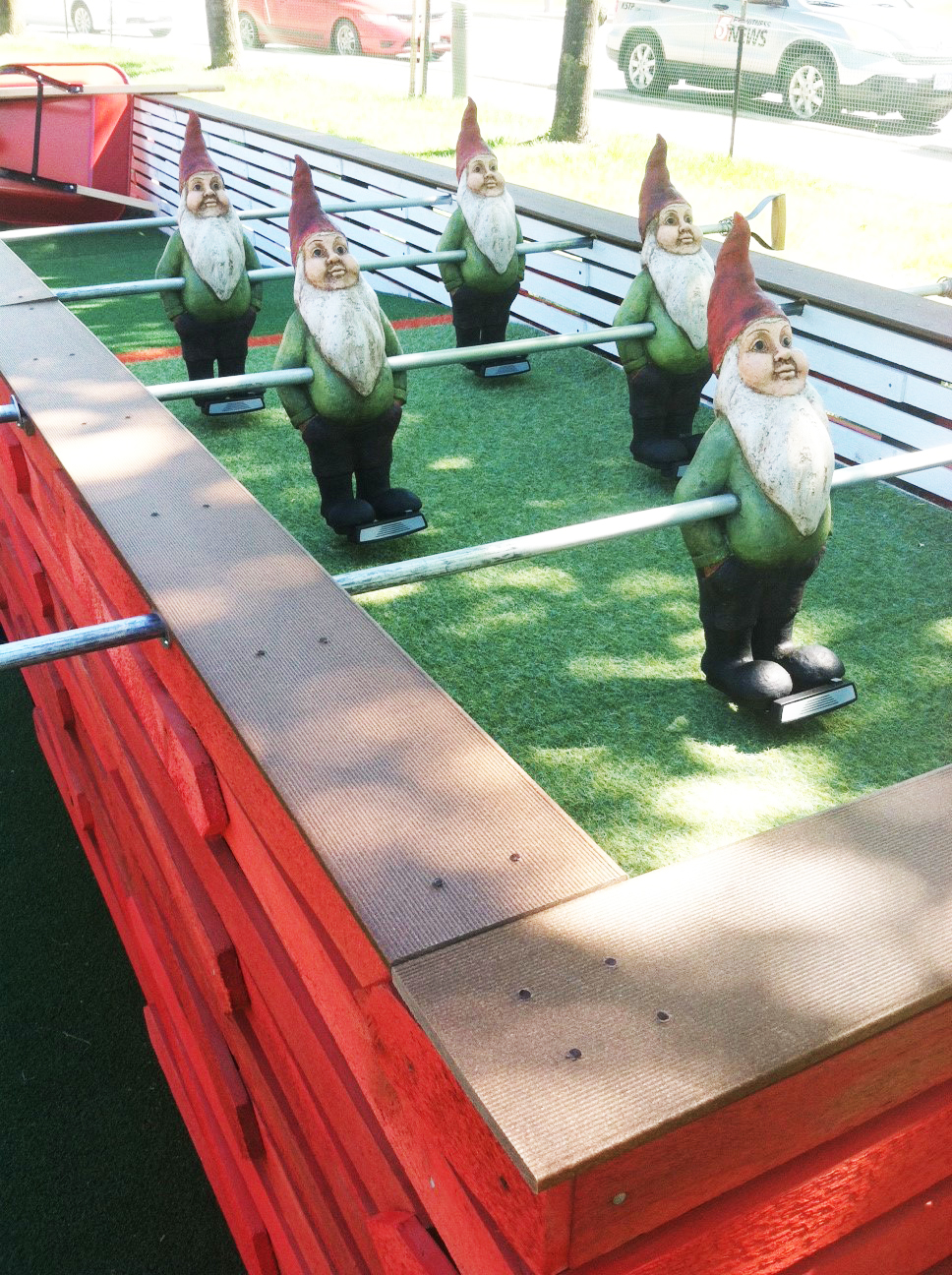 The vision in my mind when I imagined a press preview of Walker on the Green, an artist-design miniature golf course at the Minneapolis Sculpture Garden, was that of all of the members of the press would stand on the sidelines as onlookers while actual players proficient in the sport of golf competed, offering examples of how each hole was artistically unique and creatively constructed. It didn’t occur to me for even a second that I myself would spend the entire day playing mini-golf, but that’s what happened. New experiences teach us new and valuable lessons, and since golfing was very new to me (and in some ways still is), I thought I’d briefly share with you five things I learned while golfing at the Walker.

Since I didn’t know anything about golf going into this, I was certainly out to sea when it came to mini-golfing (which is like regular golfing, only cuter). And as it turns out, lucky for me, is that the key to mini-golf is not to be good but to be aggressive; at least that’s the stance I took, and also the reason why my ball almost crashed through the wall of the greenhouse. The holes themselves were very conceptual; while some of the holes were executed very thoughtfully, others caused a great deal of frustration and some weren’t challenging enough. In these moments the game would briefly switch from being fun to being a pain. Fortunately, those moments didn’t linger.

My favorite hole, by far, was Hole 6 on course B, simply referred to as Garden Gnome Foosball (because that’s EXACTLY what it is). With the crisp and neat design of this hole, the game of golf goes from being the reason I almost destroyed a greenhouse to becoming a team effort—with the aid of those on the sidelines rotating bars that are mounted with garden gnomes to help your ball into the hole. I liked this idea mainly because I’m not very competitive (unless I’m at the axe-throwing table at RenFest) and this give everyone a chance to cooperate in a game where the odds seem unusually stacked against you…at least in my case. Two of my other favorite holes were a giant yellow watering can with big white daisies and an adorable little pink mansion—with swans in a pond—that also doubled as a pinball game.

I don’t think I’ll be mini-golfing again. It isn’t that I didn’t have fun, because I definitely did; I would just rather play a sport that caters to the pent-up rage I didn’t know I had in me. Apparently I play mini-golf like I play field hockey: badly and angrily.