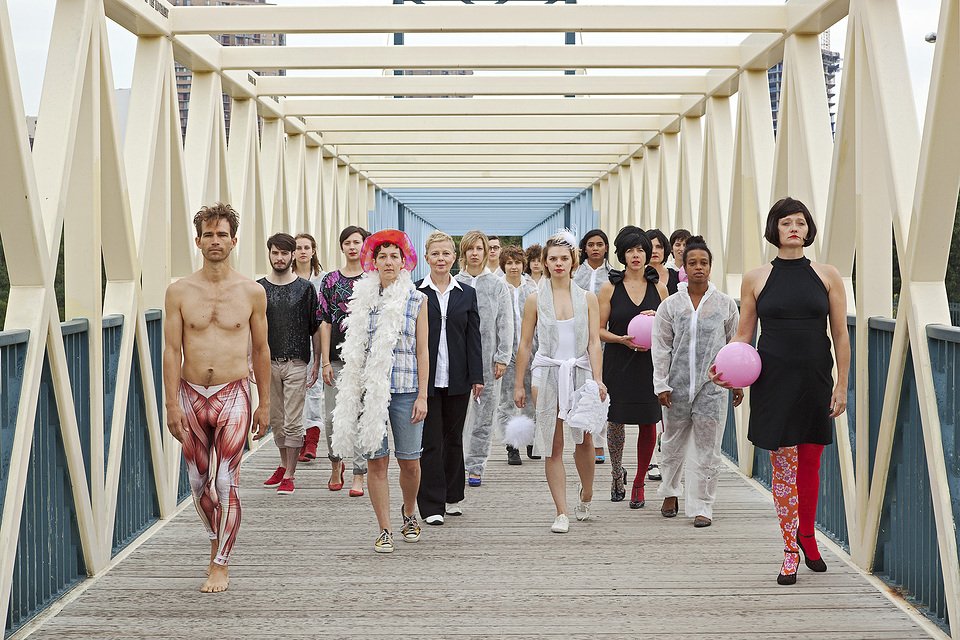 A throwback to the 1980s and one of the most heartfelt ways to show someone you care is to make a mixed-tape, curating a collection of music from various sources, hand-selected for their personal significance. In the same vein of compiling songs, husband-and-wife choreographic team Chris Yon and Taryn Griggs have selected an impressive line-up of 10 local artists for the 41st annual Choreographers’ Evening at the Walker Art Center. Dancers, dance makers and dance enthusiasts alike can enjoy a post-turkey-dinner presentation of groundbreaking work that embodies the vast offerings of the Twin Cities dance community.

Griggs says the opportunity to curate the evening came at the beginning of the summer via an email from Michelle Steinwald, who served as assistant curator for performing arts at the Walker from 2006 – 2013.

“We were like, YES, that’s awesome,” says Griggs. The opportunity is particularly special for the duo because the first time they showed their work in Minneapolis was at a Choreographers’ Evening concert.

A curated medley of dances

According to Yon, the initial inspiration for a mixed-tape line-up came from Kurt Vonnegut, who wrote each of his books with a particular person in mind. Infusing this sentiment into the evening, Yon and Griggs asked all of the choreographers to craft their pieces around a dedication—whether or not the artists chose to reveal this dedication in the program notes is up to the individual.

While the concept provides a chance for artists to get really personal, Yon explains that “for some of them, it’s an opportunity to be even more mysterious.” Maybe they will just use initials, or dedicate it to someone or something that won’t mean anything to anyone else. Without strict parameters, but rather loose guidelines, the choreographers have full artistic license to create as they see fit. In turn, the audience is allowed to interpret the piece in a way that resonates with them.

“It also is a way to not burden [the choreographers] to provide an explanation or description of the work, which is so often asked [of artists] to do before we even know what we are making,” says Yon.

Griggs and Yon have a dedication of their own, attributing the entire evening to La MaMa Moves! curator Nicky Paraiso. “He is a superman…an impressive human,” says Yon, expanding that Paraiso is not only a curator, but also an artist in his own right. A lover of performers and the art they bring to the world, Paraiso is a close friend of Yon and Griggs and the individual responsible for giving them their first big break—he even officiated their wedding. He will be in attendance for the November 30th performance, watching all 10 pieces like a proud parent.

From “static, visual work” to “badass dancing,” Griggs promises there will be something to satisfy everyone’s dance palate. Yon expresses his gratitude to share the evening with these 10 artists. “Their effort, commitment and confidence brings me to tears,” he says, admitting he is emotionally raw and vulnerable at this point in the process.

Closing out, Griggs hopes people enjoy the show. “You make a mixed-tape and it’s kind of a mystery to anybody except the person who put it together,” she says. Yon agrees, adding he just hopes people come. After that, the rest is up to the viewer.