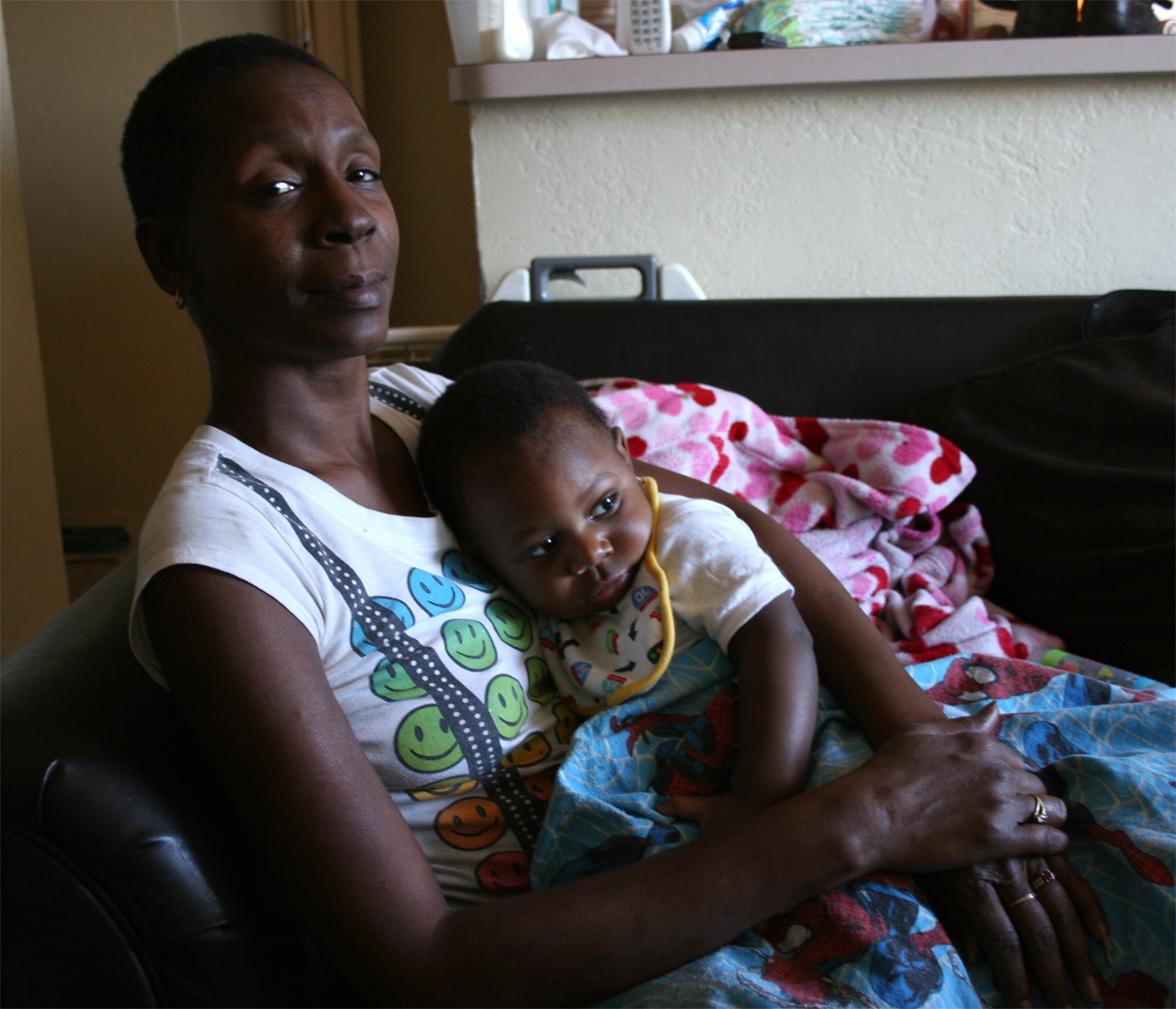 Christmas came early this year for Shirley Gipson.  After nearly a decade on the waiting list for a Section 8 Housing Choice Voucher, her name finally came up.

“It’s the best Christmas present I can get. I’m just so thankful it finally happened,” she said.

She’s one of just a handful of people throughout the Twin Cities who receive one of the coveted vouchers each year that allow them to rent in the private market, anywhere that will accept the vouchers.

In March of this year, the Dakota County Community Development Agency was the last of the Twin Cities’ larger housing agencies to close their Section 8 waiting list, which had been open since January 2008, but only to anyone who lives, works, is hired to work, or attends school full-time in Dakota County.

The last time the Dakota County waiting list was open to the general public was in 2005, when they collected more than 5,000 applications.

Such overwhelming turnout is not uncommon.

The need for affordable housing locally continues to grow, as rent increases continue to outpace wages.  According to the Minnesota Housing Partnership’s 2010 County Profiles, nearly 79,000 Twin Cities households who earn less than $20,000, pay more than they can afford on rent.

The general rule of thumb for housing agencies in the decision to close a Section 8 waiting list is when the number of names reaches an estimated 3-5 year wait. Determining exactly how long the wait will be for families on the list is challenging at best, because openings largely depend on turnover – or people leaving their housing assistance. With the economic downturn, fewer people are leaving.

“In a good year about 500 families are taken off the list and given vouchers. But we haven’t issued one in a year and a half,” said Al Hester, housing policy director for the St. Paul Public Housing Authority.

When asked when the list will be open again, Hester said “I honestly don’t know.  I don’t see how it will be any less than five years from now, and it could be a good bit longer than that.”

Not one family has moved off the waiting list of 500 created in November 2009, said Lynnette Chambers, leased housing specialist for Richfield Community Development.

But they anticipated that when they sent out letters last January notifying people that they were on the waiting list.

That’s because they are still working through the end of the waiting list they opened in 2002, when they didn’t turn away any eligible applicants, and ended up with more than 2,000 names.  As a smaller agency that only administers about 233 vouchers, that’s just too many families to keep waiting, said Chambers.

Don’t expect Congress to do anything about the need for more housing vouchers in the general Section 8 program, said Hester.

“Congress hasn’t appropriated anymore funding for them, and it’s been enough of a fight to get the money needed to fund the ones we already have,” he said.

Congress has, however, funded “special  population” categories for people with disabilities, homeless veterans, family reunification, and youth who age out of foster care. These additional categories have allowed St. Paul to serve about three hundred additional families through Section 8. He said other housing agencies throughout the metro also utilize these special population vouchers.

Hester added that part of the challenge of funding their current vouchers involves increasing rental costs in the private market. Public housing isn’t subject to the same price spikes and fluctuations because housing authorities own their properties.

The Work of Finding Housing

Chambers said people would be shocked at how few families end up actually being served from waiting lists.  This is mostly due to people not following through on paperwork, or dropping off the list by moving and not updating the city with their contact information.

Chambers said finding housing is like a job.  The ones who are successful in the end are the ones who not only persevere, but also stay on top of all their paperwork.

There are about 12 families left on the Richfield list from 2002.

“Most of the last remaining families are in some project based or public housing units, and have been, which is why we can easily locate them after so much time,” said Chambers.

This was the case for Gipson in Minneapolis.  Until now, she’s lived in project-based Section 8-in the same building-since 1996.

She also represents a significant portion of Section 8 recipients who are wage earners.

Gipson is proud of the fact that she has always worked, and always paid her rent on time. But with no college degree, working a series of low-wage jobs has made it impossible for her to afford market rate rent in the Twin Cities.

According to HUD guidelines, the current Fair Market Rate on a two-bedroom in the Twin Cities is $924, which requires a monthly income of $3080 to be considered affordable. That translates into a $36,960 annual salary – significantly higher than Gipson has ever earned.

Gipson said she’s grateful for having subsidized rental housing, which provided a life line when she was seriously injured six years ago by a car that struck her in the cross walk. She had no paid leave from work to fall back on.

Hester said in St. Paul, about 30 percent of Section recipients are wage-earners, and about half are elderly or disabled.  Among the wage earners, the average annual income is $15,000

“The image that they are all on welfare is untrue,” he said.

Richfield has similar demographics, with 63 percent of its Section 8 population who are elderly or disabled.

And many more go unserved.  Chambers said that often people wait until the last minute to contact them, particularly if there is an aging family member who needs housing.

“We get a lot of people who call with their 62-year-old mother who’s just been diagnosed with dementia, and they’ll say ‘we need housing in four months for her.’ It just doesn’t work that way.”

They don’t make that model anymore

Chambers also cautioned folks who move from public housing into Section 8 that it isn’t necessarily the “Cadillac” of housing programs that it used to be.

“We’re just not driving the same model today,” she said.

Section 8 voucher renters are subject to some of the same challenges that any renter in the general market faces – absentee landlords, delays in maintenance, troublesome renters next door.

“The housing may look nicer, it may be in a nicer neighborhood, but they may not get the same quality of service they received in public housing or project based (Section 8) because they don’t have people on staff,” she said.

Many people making the transition from public housing may also face higher housing costs than they anticipate, and utility costs aren’t factored in at the same level when calculating the renter’s portion of the rent.

Portability is also a growing issue with Section 8 vouchers.

“People used to think, I got my voucher, now I can move to Texas. Not necessarily the case,” said Chambers. “Certain places like South Dakota don’t transfer them out here because our payment standard is so much higher, we’re paying a much greater portion to the landlord and they can’t afford that.”

Hester said portability has been a battle ground for years. HUD’s official position is that a housing agency can’t decline approving a move to a higher cost jurisdiction, unless the first PHA is out of money. But enforcement of this issue is questionable.

“I understand the dilemma. If they can support two or three families that decide to stay local versus one who moves to the cities, I see why they’d rather not do it,” said Hester.

Gipson isn’t too worried.  She doesn’t have any immediate plans to move out of the city, but she likes the fact that she has at least some choice in the matter. And as for dealing with new landlord after 16 years, Gipson said she knows what good housing looks like, what questions to ask, and what it takes to make it happen.