The Emmer campaign started the week on the high road, with media praising the Delano Republican, but I suspect much of the appreciation may fade before this thing runs its course. It’s fading before the early winter sun sets.

Republican gubernatorial candidate Tom Emmer is racking up kudos from Mankato to Minneapolis.

On Saturday, The Free Press gave Emmer a thumbs up for basically saying he was going to be reasonable when it came to challenging the recount. He said he would make sure nothing extraordinary was happening and then if the margin is still fairly large, 8,700 votes or thereabouts, he would be done.
. .
He went on to say that he wasn’t going to put everyone through a futile effort.

Emmer also got a good 700- to 800 words of praise from Minneapolis Star Tribune columnist Nick Coleman, who had much good to say about Emmer’s sportsmanship. . . .

Read the rest on the editor’s blog. Unfortunately, the Emmer campaign recount staff proved unable to keep to that high road once the recount itself began at 9 a.m. 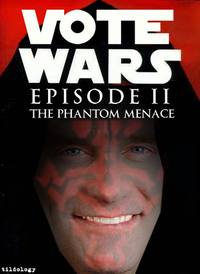 In Hennepin County, the recount got off to a rocky start. Emmer’s team objected when it saw that some county officials were not segregating “deemed frivolous” challenges, and returning them to the stack of recounted votes. Emmer lawyer Tony Trimble was overheard at one point threatening court action.

After lawyers for Hennepin County, Dayton and Emmer huddled, Hennepin County assistant county attorney Dan Rogan made the rounds of the recount tables reminding recount judges that “deemed frivolous” challenges must be kept separate in accordance with a decision last week by the state canvassing board.

“We’re trying to make sure that every challenge, by whatever campaign, is being honored,” Trimble said.

As Rogan spoke to different recount tables he asked any that had not been separating the ballots to start over.

“Challenges have to be separated, we have to make that clear,” he told one table.

Several Emmer volunteers were challenging ballots. One challenged a clear overvote, with two ovals in the gubernatorial race filled in. One was for Emmer and the other for Linda Eno, a little-known candidate in the governor’s race. Emmer volunteers claimed it was a vote for Emmer.

The Strib tells a similar tale in Challenges already piling up:

In early counting, Republican Tom Emmer’s representatives are racking up the challenges.

In some precincts “every third or fourth ballot” was challenged by the Emmer camp,  Smith said.

In Washington County, an Emmer representative challenged a ballot that appeared blank for the governor’s office, saying that should be counted as an Emmer vote.

Read the whole thing at the Strib.  One has to admire the logic that a blank vote is one for Emmer. In fact, hard to argue against that.

Nick Coleman, whose praise was cited by the Mankato Free Press editor, has updated his column on his own blog:

Monday Update: Unfortunately, Emmer’s troops don’t seem to be on the same page with their candidate… early “returns” from the manual recount, which began this morning, show GOP volunteers challenging huge piles of ballots… exactly the kind of onslaught of “frivolous challenges” the state canvassing board said it feared when it met last week to order the recount… and the predictable result of the board’s ultimate decision to let any and all challenged ballots be forwarded to it for final consideration… delaying the outcome and intensifying the ballot pressures at the top where Emmer legal hound Eric Magnuson, the former chief justice, can sit across from his recent colleagues and snarl at them…

Quite likely, a Mess In The Making…

So it goes. For what its worth, we’re happy not to hear any talk in the legacy media of “phantom ballots” since November 20. Now it’s just the phantom menace of the fading Emmer campaign that may bog things down.

Image credit: thanks to the divine Tild.