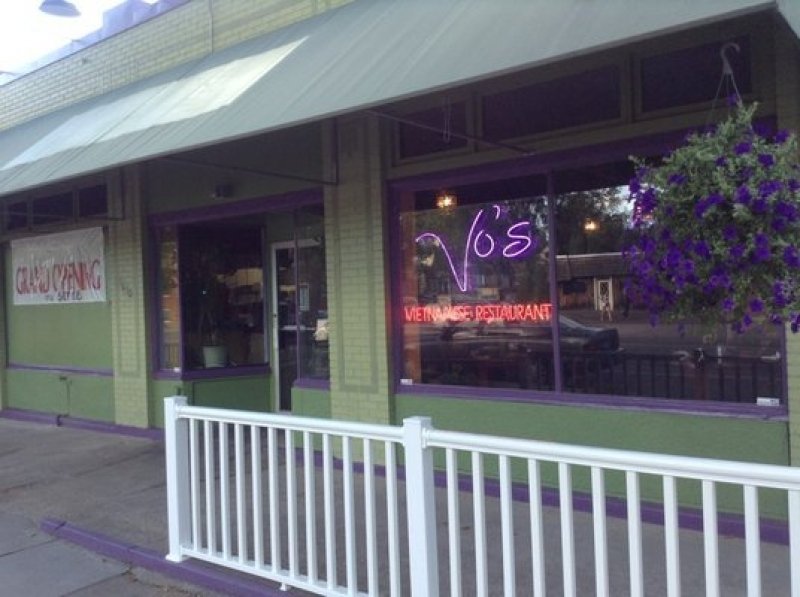 Vo's on 34th and Lyndale

Vo’s Vietnamese Restaurant is located at 3450 Lyndale Ave. South, despite what Google Maps says. When Francoise Vo, the owner and operator of the Restaurant, opened Vo’s two months ago he was surprised to discover that most websites, including Google Maps, still list the location as that of the old Vo’s Vietnamese Restaurant, which he sold in 2000. The current owners changed the name, but the internet, evidently, hasn’t heard.

This second restaurant is the latest chapter in Francoise’s eventful life.

His parents owned several gas stations in Vietnam before the Communist take-over. “I was a boat person. I escaped Vietnam by boat to Malaysia. I went to France at that time because my family and friends sponsored me to go to France. After four years, I came to the United States.”

Vo came to Minneapolis in 1981 to study Electrical Engineering at the University of Minnesota. “When I came here,” Francoise says, “I was really poor, I lived in the basement of my friend. Ten or eleven people in a two bedroom house. I slept in the basement by the water heater. When people stepped on the floor dust fell.” Francoise laughs off his early hardships, “I survived; went to the U. I worked.”

Francoise always liked working with people and in 1994, he pooled his savings with money borrowed from family and friends to open his first restaurant in North East. It was successful enough that, in 2000, Vo was able to sell the business and move to San Diego on a whim after visiting a friend. He opened a second business, a coffee shop. This business was also successful and Vo was able to sell it and move back to Minneapolis two years ago to be with his family. Vo planned on returning to San Diego, but he had an itch to get back into the restaurant business, “When I moved back from San Diego…After a couple years… I missed [operating a restaurant].” When a location opened on Lyndale Avenue Francoise jumped and the second Vo’s Vietnamese Restaurant opened two months ago.

Francoise is modest about the life that led him to this newest venture. “Who cares about my life, who cares about my past? People come here and eat, when the food’s good they come back.” His business model is equally modest: “Work hard, spend long hours. I try to improve the quality of the food, but everyone has different tastes. Not everyone likes Vietnamese food.”

And people who do like Vietnamese food have a lot of options in the area. How does Francoise plan on competing? “If I didn’t think I could compete with [other restaurants] I wouldn’t open. Not that I’m arrogant, but I’m not the type to worry… let things happen. Make it clean, make it nice, make the food good, and if people like it, they like it, if they don’t, they don’t. You can’t go out there and drag people in.”

This hakuna matata approach to business has led Francoise to found two successful businesses and with continuing community support will lead Francoise to a third. “We had two really busy weeks, now it’s slowed down,” Francoise said, but added, “I have some nice customers who are supporting me.” He was pleased when fans of his first restaurant returned, even though a decade had passed. “I was surprised. I was overwhelmed by their support. My customers are about fifty/fifty old customers and new. There are a lot of good neighbors here.” Francoise attributes honest business practices to inspiring this level of loyalty from his customers, “You have to take care of your customers.”

Always humble, Francoise insists “I have a hard time selling myself, you get what you see from me. Just come try it.”