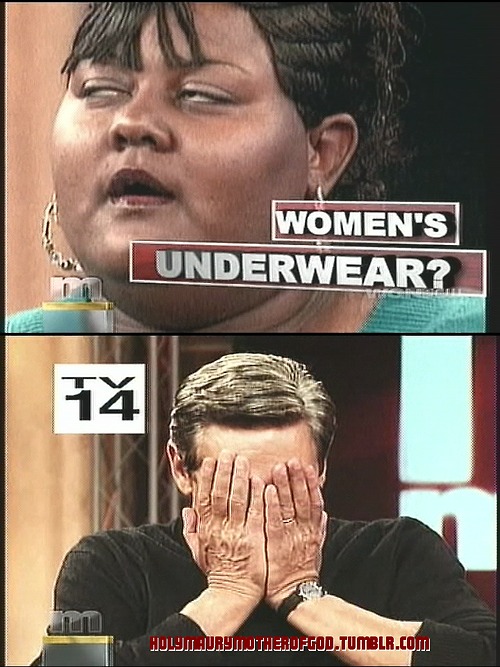 All images from Holy Maury Mother of God

The work of Darger and others is now commonly described as “outsider art,” a term that avoids the doily-laden connotations of the term “folk art” and emphasizes the artists’ avoidance—whether inadvertent or deliberate—of the aesthetic vocabulary of the mainstream art world. But if outsider art is outside the art world, what’s the point of even calling it “art”? Well, art is as art does—and albeit on different terms, outsider art does the same thing insider art does. It provides the occasion to see the world through a different lens.

Holy Maury Mother of God is a blog—specifically, a Tumblr blog. I think it’s also fair, though, to call it art. Its creator is anonymous, and has not responded to an interview request, so I don’t know whether he or she is an insider or an outsider to the art world, but I’d guess this isn’t the work of a squirreled-away MCAD student. [Update: After this review was published, Holy Maury’s creator agreed to answer a few of my questions. Read his comments here.] The blog is popular, with over 6,000 followers; some of its entries get hundreds of comments and rebloggings. (That’s the Tumblr equivalent of a retweet, and if you don’t know what a retweet is, never mind. You get the point.)

What’s on the blog? Dozens of stills and riotously animated GIF images taken from Maury Povich’s eponymous talk show, sometimes with the subjects’ words overlaid. The blog’s author captures Maury’s guests and audience members in the heat of emotion as they discuss the sensational subjects Maury is wont to feature: threesomes, disputed fatherhood, broken friendships, drug use, foursomes, cheating, divorce, remarriage, fivesomes, and the like. The effect is to take what’s already a ridiculous and overheated show and distill it to the absolute height of overheated ridiculousness, repeated ad infinitum thanks to the wonders of technology.

What makes it art? Well, to start with, you could display these images on monitors in a gallery, write a catalog, and you’d have a completely plausible—and ludicrously entertaining—installation. Whether knowingly or not, Holy Maury’s author is creating gloriously postmodern pieces that recall Warhol (appropriation, repetition, iconography), Lichtenstein (the giant redhead hanging above the Weisman’s front desk could have been plucked straight from Maury’s audience), Ruscha and Holzer (title frames featuring phrases like, “If my fiancé had sex with my sister, the wedding is off!”), and others. The fact that most of the pieces are tiny videos is perfectly appropriate—everyone, even Alec Soth, is playing with online video these days.

However you want to define the word, the author of Holy Maury is an artist: his or her eye for composition and juxtaposition is fan-fucking-tastic. In the medium of animated GIFs, this is the work of a Jedi master.

The blog is apparently controversial—and no wonder. Entire sociology books (I’m not exaggerating) have been written about the TV talk show format popularized by Phil Donahue and passed down to Geraldo, Jenny, Ricki, Oprah, and of course Maury. Given that the guests on these shows are typically members of one or multiple disadvantaged social groups, are the shows a Roman circus where upper-class heterosexual whites watch people who are more challenged (and more interesting) than them tear each other apart, or are they a valuable platform giving high-definition voice to those who might otherwise be voiceless?

The answer is, of course, both—goofy and sometimes glib as Donahue was, he’s widely credited for helping to make mainstream viewers in the 1970s and 80s aware of the challenges faced by members of GBLTQ and other low-visibility communities. What did a Dubuque shop clerk in 1979 know about what it was like to be a transsexual in New York City? A lot more than he or she would have without Donohue. It’s hard to argue that Maury’s “Who’s the Daddy?” segments are quite so enlightening, but his show has certainly inspired some serious discussion about sexuality, gender, and relationships—some of it happening, against all odds, on air. If there’s an air of exploitation to daytime talk TV, there’s also a distinct whiff of freedom. A popular Twitter hashtag is #realtalk; Maury is about nothing if not #realtalk.

Holy Maury Mother of God also raises questions of race that are either so complicated or so simple that I’m not even sure where to begin thinking about them. Stripped of context and presented anonymously to an anonymous audience, the snippets presented on Holy Maury are hard to read as cultural artifacts; like the best outsider art and the best insider art, though, you don’t need to read them as cultural artifacts to enjoy them. When I retweeted a link to Holy Maury from local VJ Matt Visionquest, I wrote, “You’ll laugh, you’ll cry.” That’s life—and that’s art.