Jonathan Bruce Williams's Light and Color, as installed at 1419. Photos by Jay Gabler.

Last night, I briefly attended Shoot the Moon, a multimedia art event that occupied all four levels of the independent venue 1419. The event, organized by Jonathan Thomas, incorporated screenings of art films, performances by experimental rock bands, and the display of visual art. The event even had its own bound and illustrated catalog, with postcard-size print, with copies available by suggested donation of only five bucks.

I was seriously impressed, but nothing impressed me more than Jonathan Bruce Williams‘s remarkable installation Light and Color, which occupied an entire smoke-filled basement room. The installation involved multiple projectors shining light through 16mm films of varying color onto lenses, mirrors, and sheets of reflective plastic shivering atop electric fans. The effect was completely entrancing; until the projectors were shut off to allow them to cool down, visitors wandered through the room holding their hands in front of the light, as though they could touch it. Hit by the projectors’ beams, the billowing plastic sheets returned glimmering reflections that had me gaping like a pirate looking into a chest of gold.

As experiments with light, volume, and atmosphere go, Light and Color absolutely dropkicked the Walker Art Center’s pretentious installation of Robert Irwin’s Slant/Light/Volume. I’ll be watching avidly for future installations of this piece or other work by Williams, and I’d strongly recommend that you do the same. 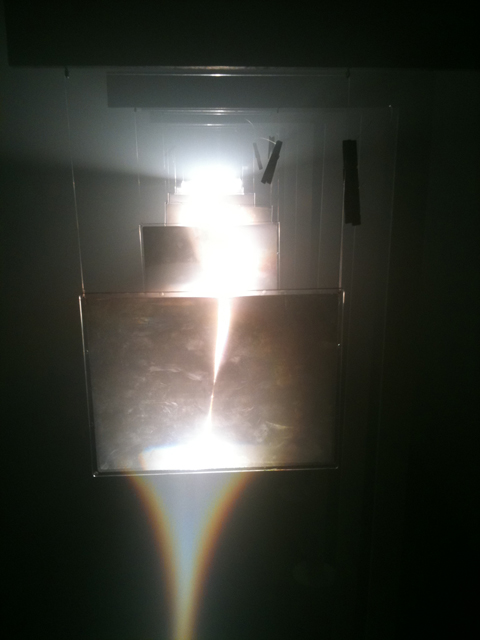 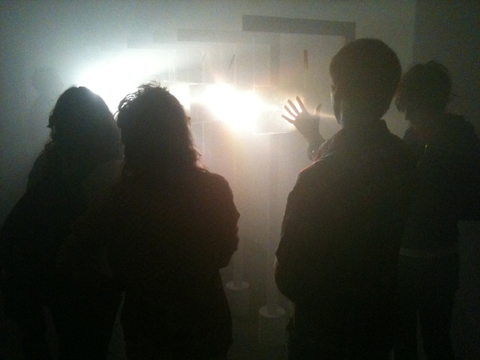