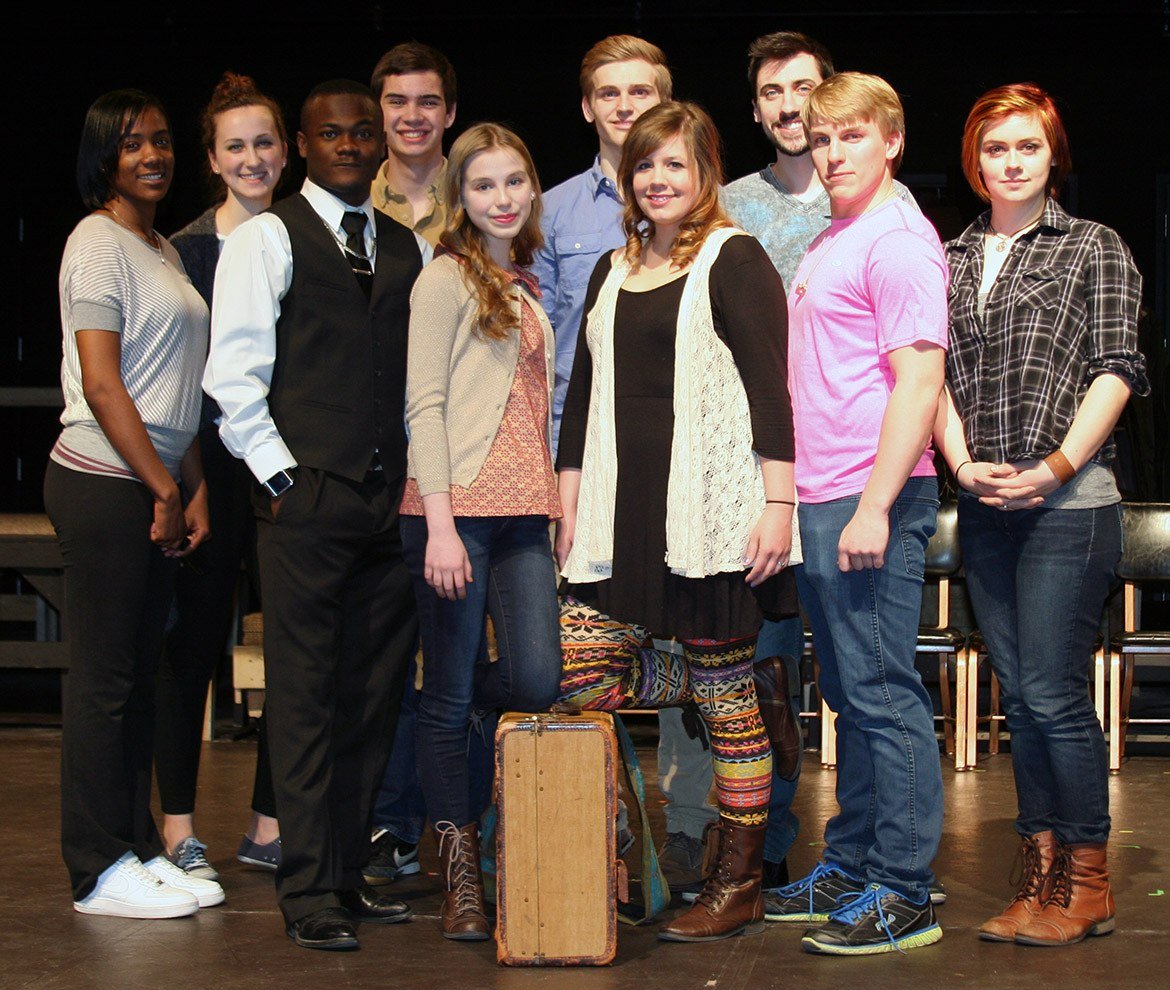 The Cast of Violet

Over the years, I have found theater productions by local colleges to be hit and miss. As an adjunct instruction at North Hennepin Community College (NHCC) in Brooklyn Park, I have been attending the college’ productions over the past 18 years and similarly found the quality to be uneven. But NHCC’s Theatre Arts Ensemble has undergone a tremendous growth in the quality of its student productions over the last couple of years meriting some attention by the theater community as a whole. The growth of the program was evident in last year’s production of Dames at Sea which was such a splendid production that it compared to musicals I have seen performed on Broadway.

The Ensemble’s most recent production of Violet, takes on a more edgy musical. Although not quite as polished as Dames at Sea, it was still an exceptional treat. I previously saw Theater Latté Da’s production of this musical in 2010,  and on many levels this production is competitive in quality.

Violet is based on a short story by Doris Betts titled The Ugliest Pilgrim. The book and lyrics are by Brian Crawley and the music is by Jeanine Tesori. The musical is set in the early 1960’s in the Deep South and concerns a young woman who suffered a disfiguring scar to her face. The scar was caused when her father’s ax blade accidental sliced her face. The scar was so noticeable that it left Violet a freak and alienated from others. When the show starts, both of Violet’s parents are dead but her father frequently appears in flashback scenes. Violet spends all of her money on a bus trip to Tulsa, Oklahoma. She is on her way to meet a television evangelist whom she believes can heal her face and make her normal. But the journey and the transformation of Violet’s heart and not her face is the focus of the show. Along the way she meets two soldiers, one white and one black. One soldier she sleeps with and one she eventually allows herself to love.

Tesori, who is probably best known for her score in Carolina, or Change, provides a rich musical score that is a mixture of musical styles including country, gospel, and R&B. My favorite song and scene in the show was “Luck of the Draw” with an entertaining staging of competing card games between Young Violet playing with her father, and Violet soundly beating the two solders she meets.

Mike Ricci directs this production filled with talented singers and actors. The two most outstanding performers are John Naumann as the father and Jenny Reierson as Violet. Notable performances are also provided by Mason Tyer as Monty, Duchine Moore as Flick, and Grace Anderson as Young Violet.

The musicians for the show play in the background on stage under the musical direction of Michael McDeid. They smoothly shift between the different genres of musical styles. The only drawback to the music was that, at times, it overpowered many of the singers with only Naumann and Reierson able to consistently sing louder than the music.

With the close of Violet, the NHCC Theatre Arts Ensemble’s current season is done, but the growth in the ensemble’s quality, along with the growing strength of Lyric Arts Main Street Stage in Anoka and the professional productions at Yellow Tree Theatre in Osseo, shows that the Northern suburbs are developing its own thriving theater community.