As the news from Cleveland, Ohio and the sexual assaults in the military continue to horrify us, I have the nagging sense that we are profoundly and dangerously naïve to be shocked at the brutality that went on in the Seymour Avenue home in Cleveland and on our nation’s military bases.

While Ariel Castro kidnapped three girls, enslaved, raped and assaulted them for 10 years in Cleveland, he is not the “aberrant” monster we would like to believe. Thinking he’s uncommon may bring a measure of comfort because his acts would then be considered rare and those victimized few in numbers.

No one should be comforted, however. Castro is not an anomaly. Nor are the members of the military who prey upon their female colleagues. Rather, they are part of a greater whole, a continuum of tragic acts of violence against women happening every day in every corner of the United States and in every part of the world.

This continuum will only end when we name it and recognize and accept its cause: Too many men still cling to a need to control women, and they violate and abuse women and girls—their bodies and their lives— to accomplish the control.

Hardly a day passes without headlines of another woman or girl murdered or kidnapped by her husband or boyfriend, forced into sex trafficking, or sexually assaulted. In Minnesota, 13 women have been slaughtered in acts of domestic violence so far this year. Think of the tragedies of Danielle Jelinek and Kira Trevino whose bodies, missing for weeks, were recently found. Another woman, Mandy Matula, has not yet been located. Then there’s 16-year-old Anna Hurd, stabbed to death in March by her boyfriend in a Maplewood park and the three little Schaffhausen girls whose throats were slit by their father in their Hudson, Wisconsin home, a place where they should have been safest.

As horrendous headlines fill the local news, we hear of a student in India gang raped and murdered with a pipe forced into her body; two little girls raped in New Delhi and Punjab; a girl shot in the head in Pakistan because she wants to go to school; women in Egypt raped and sexually harassed because they joined in demonstrations for democracy; and women in Saudi Arabia fighting for the legal right to defend themselves from assaults by their husbands. Within the past month, there was a sex trafficking ring busted in Saint Paul and a man in New York accused of enslaving women and girls and running a sex trafficking ring out of his West Harlem apartment.

The stories are endless, an epidemic. We profess our horror, but are seemingly complacent to read the gory facts day after day. Yet, we appear unwilling to diagnose and cure the disease.

Until we accept that many men remain intractable in their goal to dominate women through violence, these types of headlines will continue to confront us. We must focus on these attitudes and behavior. We must be strong in creating accountability for violent acts through laws and their implementation. We must be willing to reject the social messages and institutions that support views about women that lead to this violence. We must also reject public actions that diminish women and trivialize violence, such as the NRA’s recent use of a large-breasted female mannequin, called “The Ex,” that bleeds when shot for target practice at its recent convention.

The Advocates for Human Rights, a non-profit organization based in the Twin Cities, has worked with governments and organizations throughout the United States and around the globe to put a stop to violence against women. We have made progress in changing norms that directly and indirectly endorse the subjugation of women.

While it may be easy to forget given the news we hear every day, Minnesota leads the United States and the world with decades of efforts to end violence against women and girls. Minnesota has some of the strongest laws anywhere. And it is true, as Chuck Derry of the Gender Violence Institute in Clearwater, Minnesota who works with men to address attitudes that lead to violence, states, “It is a minority of men who are doing the abuse.” Derry goes on to say that abusers rely on the majority of men to either remain silent in the face of these atrocities or to participate routinely in the social environments which support male domination and violence against women and children. Men are often supporting male domination and violence, whether they are being directly abusive or not. 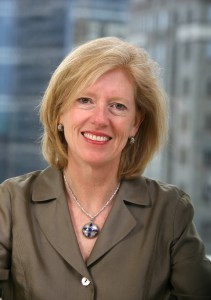 We must go beyond surprise and shock

But here and everywhere, our reaction and response to grisly acts against women and girls must go beyond surprise and shock, beyond shaking our heads. There is much we can—and must— do. While essential, it is not enough to support victim’s shelters and services and encourage the abused to seek help. We must increase focus on the men who are the perpetrators and the social context in which they act.

It is time to name the cause of this brutality and go about the hard work of fixing it.

As Derry says, “This is not an individual problem . . . this is a community problem with community solutions.”

Cheryl Thomas (pictured) is directorof the Women’s Human Rights Program, for The Advocates for Human Rights.