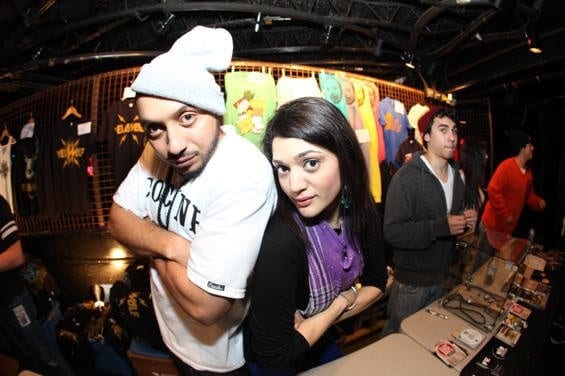 Scott says of the pairing: “Maria Isa has been known as that [Latina] rapper-singer hot mama with political instincts and a strong representative of her Puerto Rican heritage. On Blue Diamond Island I wanted folks to see Maria Isa as [an] MC who can hold her own against anyone on the mic and is a great songwriter.” And, about Muja Messiah, Scott’s aim is for audiences “to see another side … that wasn’t macho, drug-dealer talk or negative toward women, [contrary to] perception and stereotypes of many young black men. While Muja Messiah has been known to do his share of “tough talkin’” and “keeping it real” he’s also emotions no different than a Nas or Gangstarr traveling down the road many rappers from urban environments live, work and play in.”

Fine. I’d already trashed Maria Isa in print awhile back. And, Muja who? Never heard of him. Basically, wouldn’t know Villa Rosa from nails scratching on a wall. Thing is, Jon Jon Scott believes like a big dog—won’t let up. Anybody that insistent, you owe it to him to at least listen to what he’s giving such a hard sell, which I did. Weren’t, altogether, a half-bad experience.

Bottom line: With Jon Jon Scott’s Black Corners Productions weighing in, there might just be a new sheriff in town.