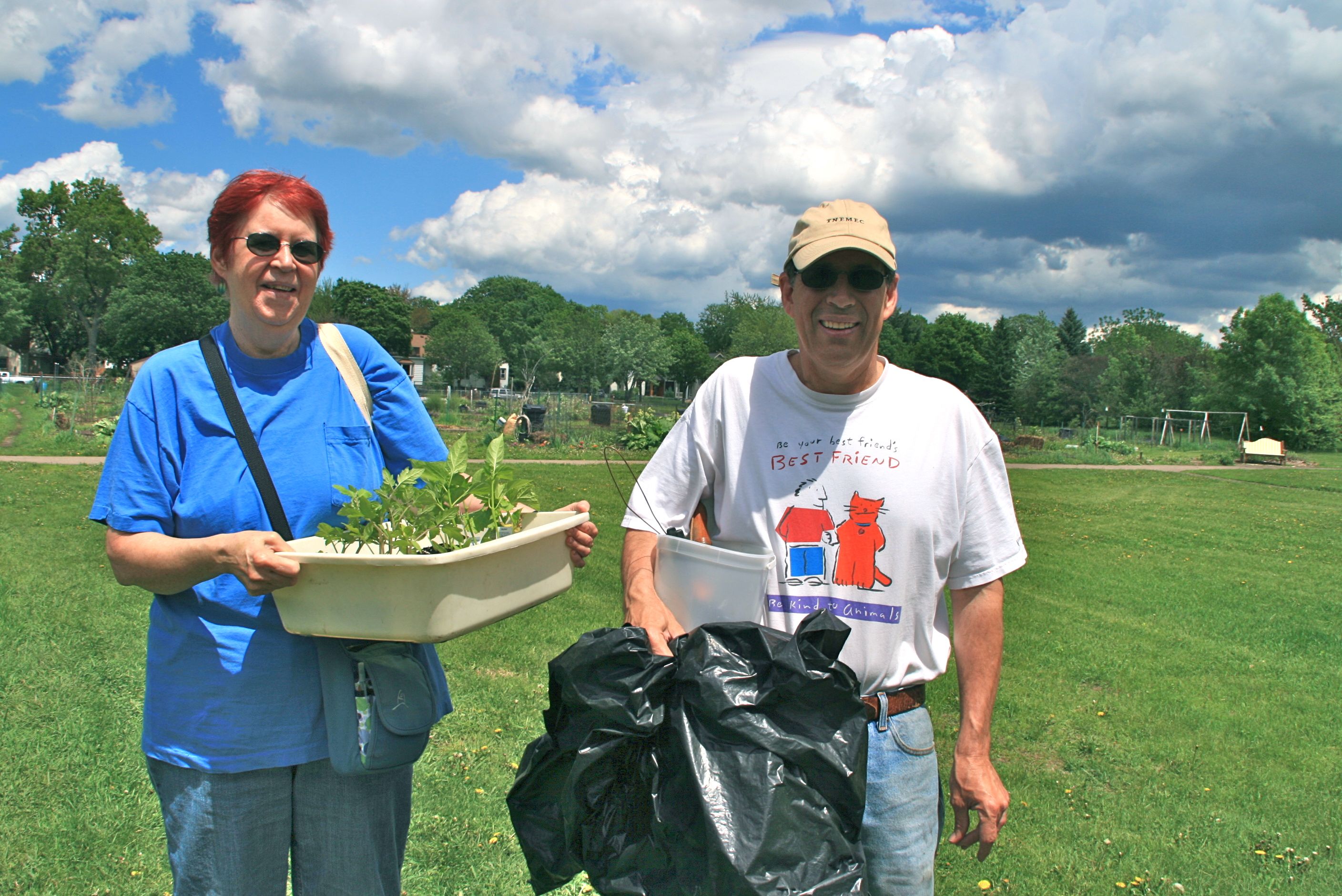 Ethnic grocery stores—or standard supermarkets—aren’t the only place to get good food in the Twin Cities. Vegetable gardens are becoming more and more popular among locavores, fresh food fans, and organic eaters. People grow vegetables, not only for the food they produce but for the exercise, the friendships, and the fun. But there was a time when gardens meant a lot more. They meant saving the world for democracy.

In 1943, as American troops were fighting the Axis Powers across North Africa and in the Pacific, civilians all over the U.S. were planting vegetables as a way to contribute to the war effort.

“At one time during the war, 40 percent of the produce being grown in the United States was cultivated in Victory Gardens. People could feed themselves and commercial grown food could go to feed the troops,” said Jeffery Loesch, treasurer and a coordinator at the Dowling Community Garden in the Longfellow neighborhood of South Minneapolis, one of the last two remaining Victory Gardens left in the United States. The other is in Massachusetts.

At its peak, the Dowling Community Gardens took up 25 acres, but in the 1950s as interest waned, much of the garden land was sold to a developer for the post-war housing boom. Now, the garden is down to only four acres. Plots were once the size of a city lot, big enough to fit 15 current lots, including raised beds built for people in wheelchairs or with other disabilities.

But the garden remains wildly popular. Right now there are 300 people who still grow their own at Dowling, paying a small fee for a plot (plot sizes differ but fees are usually around $32 for a 20-by-20 patch of ground) and volunteering at least four hours a year for the good of the community garden. There are few rules, and a libertarian attitude, said Loesch. “You can grow anything except trees because they shade other gardens. You get the same plot year after year, so you can grow perennials. One person has a vineyard in the garden.”

Everyone shares at Dowling. With membership, gardeners get a key to a shed that hold sets of community tools. Woodchips and horse manure and water are available. Three coolers sit by the shed, where extra produce can be donated to local food shelves. “We donate three of four tons of produce a year to food shelves,” said Loesch.

Dowling is so popular that many have to wait to get one of the 185 plots. Sara Hartfeldt, who gardens with her mother and 8-year old daughter, had to wait years to get plot #152. “We got on the list and then I forgot about it,” she said. “A few years, later I got a call out of the blue and they said, ‘We have a plot for you.’” Hartfeldt grows Swiss chard, asparagus, and more, watering them with a handheld watering can. There are marigolds growing in her daughter’s section. “It’s been a tough year,” she said of the late spring. “Usually the early spinach does better, but this year the rain washed away some of the seeds.”

Dowling Gardens is not accepting new names for their waiting list. “Right now, the list is 30 or 40 people. We had a waiting list of over a hundred a few years ago and I’m not sure when we’re going to open it up again,” said Losech. An average of 20 plots open every year.

Pat C. (she wouldn’t tell me her last name), who has plot #140, a smaller 16-by-20-foot piece of land on which she tends kohlrabi, tomatoes, peas, and cabbage. She says that this is probably her last year at Dowling. She spent a couple of years on the waiting list after first learning about Dowling at the 60th anniversary party. It’s a great place to make friends, she said.

“A woman offered me a raspberry plant,” Pat said. “You grow beets, make pickled beets and then, well, you see who here likes picked beets. I know the first names of a lot of people who garden around my plot.”

The spring has been hard on her garden as well. “The garlic crop didn’t come through,” she said. “It’s been a heck of a year. It’s June and the ground is still wet.”

Long-term Dowling fan Tim Amstutz brought a friend, Janet Higgens, a retired book arts professor from a Middle Tennessee State University, who had just survived her first Minnesota winter. “Tim is teaching me to garden,” she said. . “Everyone has a [volunteer] job here, so you support the Dowling community, not just yourself,” she said.

At plot #142, Amstutz grows perennials like raspberries and rhubarb. Most years, his garden would be fully planted, but this year he had to wait until June, bringing in tomatoes, sweet peppers, and two types of bush cucumbers, hoping that the end of the growing season would be better than the beginning.

A 70th Anniversary celebration is planned for August 24, with a speech from Mayor Rybak and an heirloom tomato tasting. Dowling Community Gardens are open to the public and dogs on leashes are welcome on grassy areas.