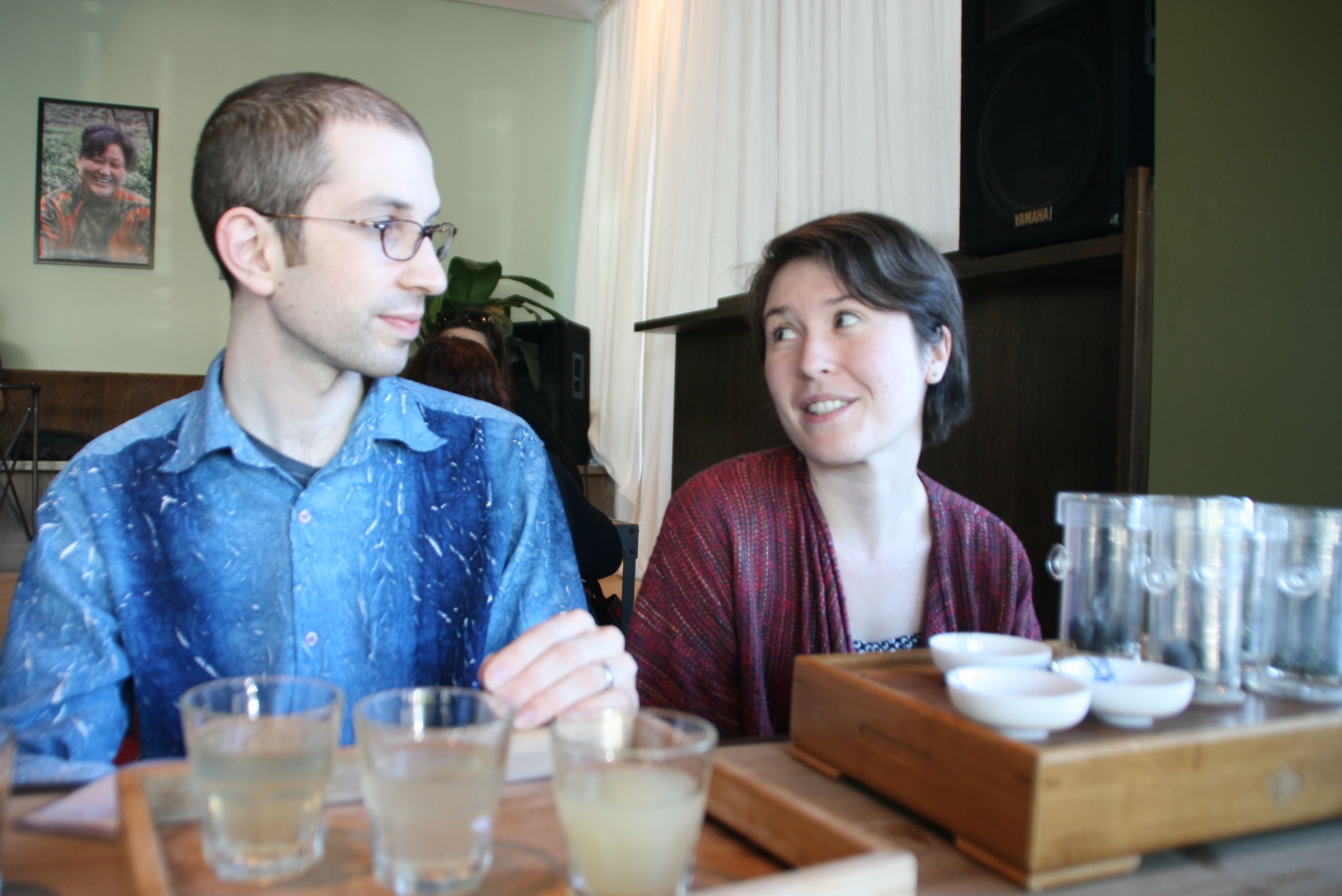 Walk in the front door of Verdant Tea and you might think you’re in the Pacific Northwest. It’s got the vibe I remember from my 2.5 years living in green and happy Oregon. The new teashop and restaurant, owned by David and Lily Duckler, is located not in Portland, but in the increasingly trendy Seward section of Franklin Avenue.

The Oregon ambiance isn’t accidental. Their newest offering is kombucha, a low-caffeine, lightly effervescent, slightly sweet drink made of fermented black tea, popular in parts of northern China and in up-to-the-minute cities like Portland. There are (disputed) health claims for the drink, but here at Verdant Tea, the claims are more culinary.

“We have a good friend in Portland who did experiments with kombucha,” said David. “We were intrigued. We used to be five years behind Portland and now we’re pushing ahead of them. We’re the first in the Midwest to brew our own and have it on tap. So far, people here are excited about it.”

The Ducklers hadn’t planned on opening a tea shop. David went to school to study Chinese language and literature, ending up with a research grant to record stories about tea, part of a Chinese oral tradition. “I met with the farmers and that got me access to the business people,” he said.

They began distributing Chinese tea online, but instead of purchasing through tea brokers and the bureaucracy, the Ducklers focused on the farmers they’d met. They still source their tea from five tea farmers in China, maintaining a friendship with all of them. “We promised to share their stories when we sold their tea,” David said. “At the core of our company are the farmers.” Large photos of each farmer hang on the shop’s back wall.

From online, the business expanded to selling through local coffee shops like Kopplin’s in St. Paul and Spyhouse in Minneapolis. “The coffee shops wanted us to bottle and sell the tea as a concentrate. We’d deliver it in growlers,” said Lily.

But by May, it seemed clear that it was time to open their own place, selling cups of tea directly to local tea lovers and spreading the word about their passion. “We love tea because of the hospitality we found in China around tea drinking,” Lily said. “You enter a place where tea is served and you find gentility. Tea is what you drink with friends, old and new. So, we created an environment of hospitality.”

Starting with the money from their 2011 tax refund, they found a long-vacant space in Seward—a perfect space, they said—and on July 1, 2013, with two employees, they opened the doors. They now employ 15 people, “plus two full-time employees in China who manage sourcing and logistics,” David said.

The new shop, with its small but professional kitchen, has allowed the Ducklers to experiment. In addition to the kombucha, they make their own chai teas—the only place in the country, they said, making chai out Chinese instead of Indian tea. “We decided to make chai out of the teas that we like,” Lily said.

Inside, it’s calm and serene. Customers can choose to sit at European or sit-on-the-ground tables or can share the large communal horseshoe shaped bench at the center of the store. Large windows bring in natural light. There are a lot of wool caps and flannel shirts on servers and the customers alike. Old 20s and 30s jazz plays in the background as customers sip tea and engage their laptops.

For patrons who don’t know the ways of tea, the staff members are happy to educate them. The shop serves flights of teas, any four tasting cups for four dollars. “Right now we have 35 teas, although we’re out of stock on some of them. In October, we’ll be offering tea tasting classes,” said Lily.

What started out as a basic tea shop selling glasses and packages of tea is changing quickly. Soba noodles and congee (rice and quinoa) is on the menu and the Ducklers encourage their employees to use the kitchen after hours to experiment making new foodstuffs (like tea infused chocolate) to sell along with cups of tea. They are also beginning to partner with other small local food businesses. They serve seasonal flavors of Sweet Science Ice Cream, and from nearby Birchwood Café, breakfast pastries. They will even offer yoga classes—dates and times to be announced.

The Ducklers say they are excited about the autumn tea harvest, expecting the new teas to arrive in November. New seasonal teas are a big deal in the tea-drinking world, but the fall harvest will bring the last of the new teas until the spring. There is no winter harvest. “Winter is a good time to get people together and drink a lot of tea,” David said. “And, a big bowl of soba noodles.”