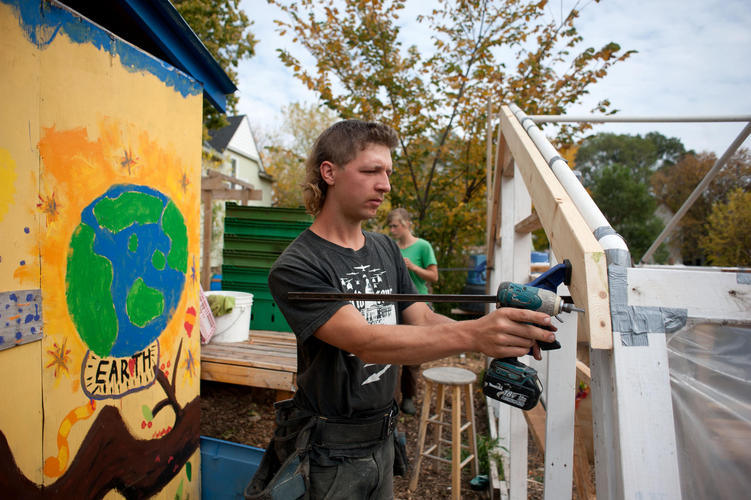 Nearly half a year after the Minneapolis City Council finalized an urban farming plan, growers say they’re feeling the benefits.

In April, the council voted to amend the Urban Agriculture Policy Plan to “ensure success” for farming in the city.

“It’s exciting that people started doing their growing based on the changes last spring,” said Cam Gordon, councilman for the University of Minnesota area.

Since its opening in March, California Street Farm, a Northeast Minneapolis farm, has cultivated half of its one-acre plot of land.

Jillia Pessenda, who owns the farm with her husband, said they have established a steady base of local customers buying their homegrown produce.

Project Sweetie Pie, an urban farm in North Minneapolis wrapping up its second growing season, partnered with 20 more community groups — like schools and churches — and doubled its number of market gardens since last year.

“We’re spreading our seeds all over the city,” said founder Michael Chaney. “I’d like to think of us as the Johnny Appleseed of urban farming.”

Chaney said that without the regulation adjustments from the city, Project Sweetie Pie “couldn’t exist and the expansions wouldn’t be possible.”

Minneapolis is at the forefront of urban agriculture, said Jane Shey, a coordinator with the Homegrown Minneapolis Food Council, a project to create more urban farming in the city.

“Urban farming is a growing industry in Minneapolis,” Shey said. “We are definitely one of the top cities in the U.S. with these kinds of programs.”

Although growers around the city said the changes have helped, some say there’s room for improvement.

“The changes to the Urban Ag [Agriculture] plan was a step in the right direction,” Pessenda said, “but we look forward to working with the city in the future on zoning codes that work better for us as growers.”

Under the current rules, farmers can only grow for 180 days in 6-foot-5-inch “hoop houses” — temporary growing structures that don’t allow production in the winter. Permanent green houses are not allowed.

“The six and a half foot limit on hoop houses is awkward and the 180-day limit is simply impractical,” said Jim Bovino, Pessenda’s husband and the farm’s co-owner.

Gordon said its possible changes could be made to the plan next year.

People could potentially have poultry farms and the number of days farmers can sell their products in the market — currently 15 — could increase due to the season’s “successful pilot program,” he said.

The Homegrown Minneapolis Food Council, a group of local government officials, area businesses, community organizations, nonprofits and neighbors, will begin analyzing this year’s progress to make improvements for next year’s market as soon as the harvest season ends.

“As the winter months move in and the growing season slows down, we’re focusing more on citizen suggestions and how the markets can be expanded,” Shey said.

She also said Homegrown Minneapolis is planning to have winter markets in the city.

“We’re working to have around 10 winter markets with fall vegetables, like kale and spinach, alongside bakery items and cheese booths to operate in the cold,” she said.

Gordon said the city plans to make formal assessments of this year’s growing season by talking to farmers at the end of the month and will know by March what, if any, changes will be made.

Chaney said urban farming is essential to have fresh produce in Minneapolis.

“Why would we expect someone on the 24th floor of an apartment in a huge city to wake up one day and decide to be a farmer?” Chaney said. “It’s up to us to get those kinds of opportunities out there.” 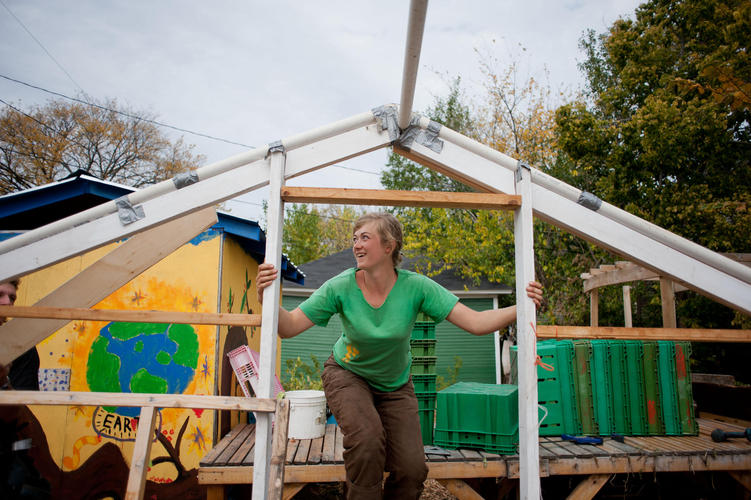 Stone’s Throw Urban Farm partner Emily Hanson works to reinforce a greenhouse in preparation for spring seeding at one of the micro farms Monday in south Minneapolis. Aside from selling produce at farmers markets, the farm supplies local restaurants and a 72-member community-supported agriculture group. 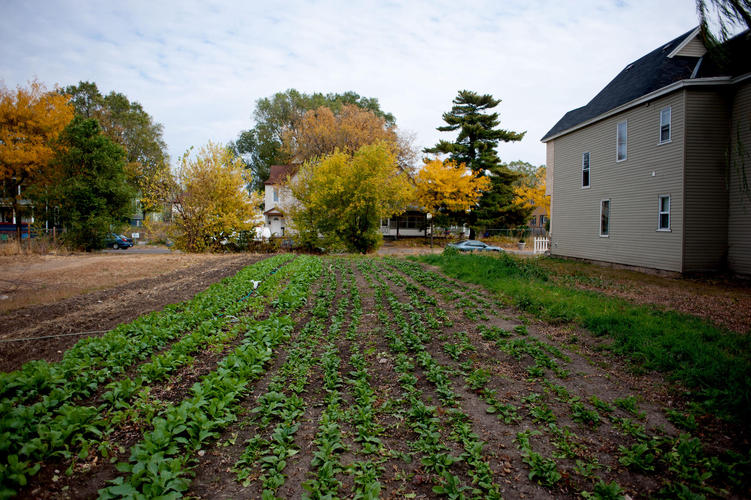 Stone’s Throw farms three adjacent undeveloped lots at their micro farm at its Midtown Phillips location. The largest is operated under a three-year lease, and the smallest is operated under an informal arrangement with the landowner after the house which previously stood there burned down.