Incoming freshman Michael Orvik fills out paperwork with assistance from theOneStop Veterans Services on Monday in the Science Teaching and Student Services Building. Orvik is currently a combat medic in the Army Reserves and wants to pursue a biology or medical degree. (Photo by Marisa Wojcik)

Former U.S. Navy electrician Reed Eichele glided through the Western Pacific on a submarine. As an operator for nuclear reactors, he traveled to Singapore and Guam and stood on top of the world at the North Pole.

After nine years of service, he came to the University of Minnesota for an electrical engineering degree — something he thought would be easy compared to what he’d already accomplished.

But he said he was surprised by how difficult the transition from serviceman to student was.

He said that all changed when he started taking advantage of the University’s veterans resources, which include assistance with finances, mental health and counseling.

These resources earned the University national recognition this month when it was named one of the most supportive institutions for student veterans in the country by a Washington Post report. 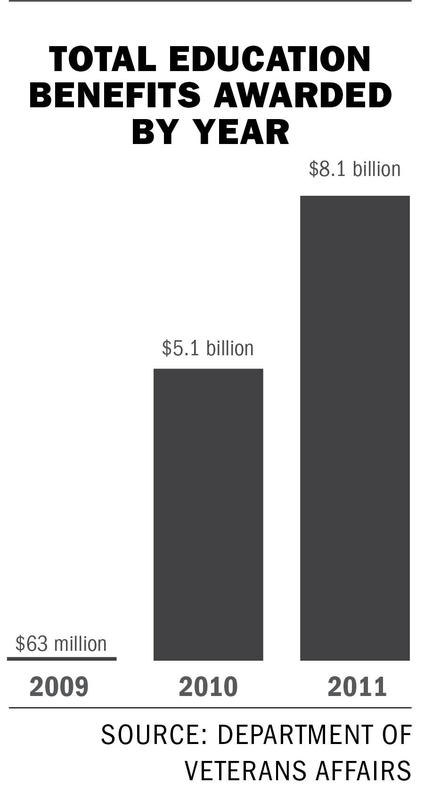 Carin Anderson,  manager of OneStop Veterans Services, said learning to handle veterans’ benefits can be complicated, but the staff and student survey responses have made the services what they are today.

“It really is an overall campus effort and a lot of collaborating,” Anderson said.

As a higher education coordinator for Minnesota’s Veterans Affairs, Duane Bauer acts as a liaison for students at 49 Minnesota colleges and universities, including all of the University of Minnesota campuses. From his experience, he said most other schools are looking to establish a veteran service center that is similar to the University’s.

“They got a team working there,” Bauer said. “Most of the schools are looking at doing that but haven’t established it yet.”

Anderson said another asset of Veterans Services  is that most of the staff, including herself, are veterans, which is helpful to students because the counselors understand where they are coming from.

Anderson served 10 years in the National Guard and said she could relate with student veterans because she understands how frustrating the benefits process can be.

“We are not sending them back and forth,” Anderson said.

Bauer said students can get multiple things done at once through the OneStop program.

“Everything they need to do to receive their benefits can be done in one location,” Bauer said.

Because each student has a different circumstance, Anderson said there is no “one-size fits all model for students.”

“We are very fortunate to have a ‘one stop’,” Anderson said.

While Veterans Services provides support to students who need academic and financial assistance, the Student Veterans Association and Veterans in Transition Center focus on the social aspect of transitioning into the University.

Neal Skees, a SVA officer, said the center was mainly a place for veterans to share their past experiences.

“It is more oriented towards the community and getting people together to hang out and relieve stress,” said Skees.

The Veterans in Transition Center is housed in the basement of Johnston Hall and provides computer access, free printing, a refrigerator, entertainment and a lounging area.

Eischele, who frequently visits the center, said it also serves any student curious about military life.

Anderson said at the end of the day, veterans are just students trying to navigate campus life.

“They want to know that people are there to help them whether they are a veteran or not,” Anderson said.