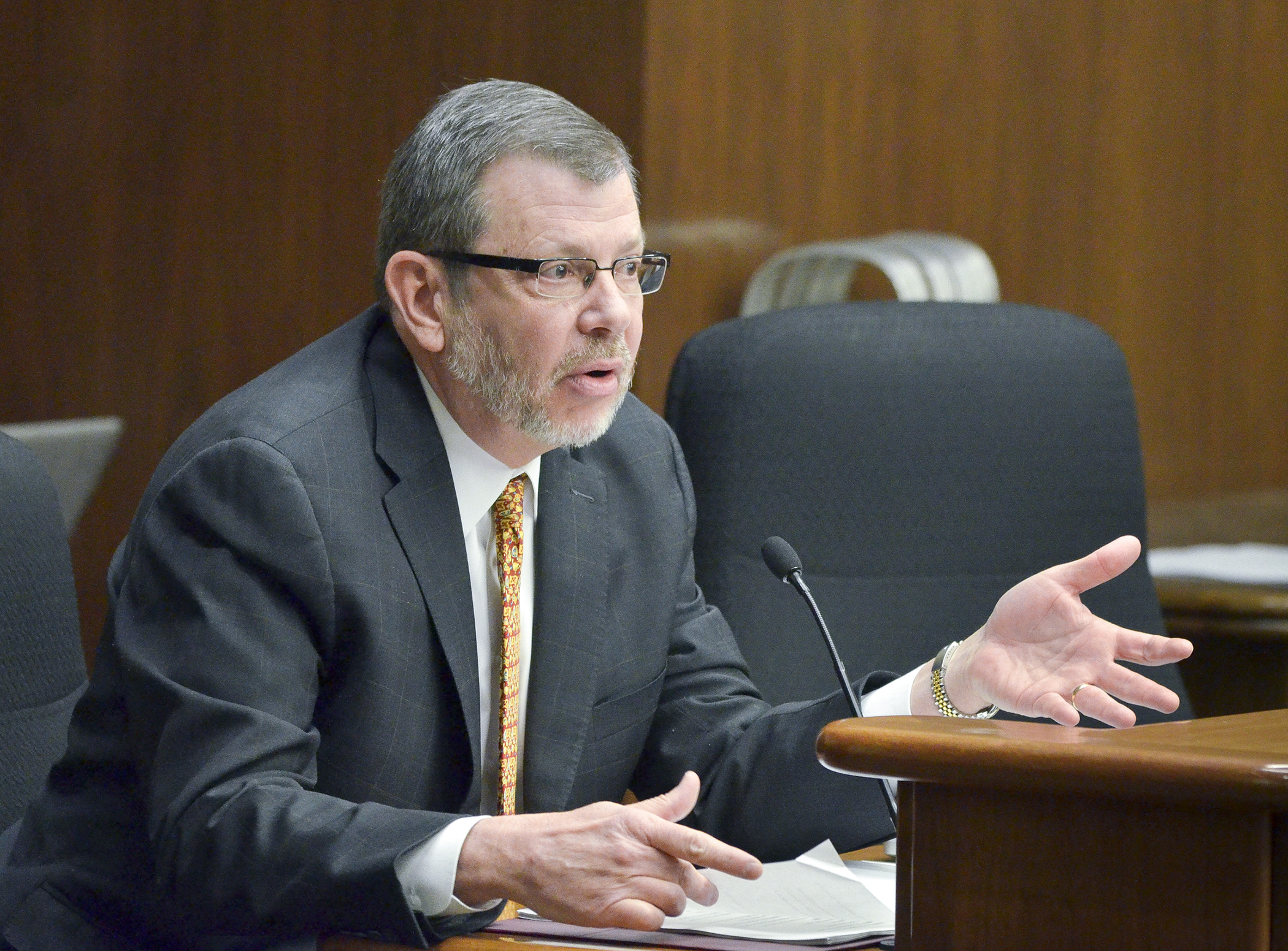 University of Minnesota President Eric Kaler on Monday renewed his pledge to reduce administrative costs as he asked legislators to increase state funding for the university.

“I am not standing for the status quo,” Kaler told members of the House Higher Education Finance and Policy Committee. “We’ve done much in streamlining a complex organization, but we have a long way to go.”

In addition to the university’s biennial budget request, Kaler presented a progress report on a “spans and layers” study analyzing the U’s administrative structure. Lawmakers asked for the report in January after a Wall Street Journal article highlighted the University of Minnesota’s administrative spending.

Sibson Consulting, which was hired by the university to do the study, found “few areas that require attention,” its initial report said. Sibson examined the layers of management of four administrative units: Purchasing Services and the offices of Human Resources, Budget and Finance, and Information Technology.

Based on that study, those units are “well positioned for effective decision making and operational efficiency, but can certainly be further optimized,” the university said in a written report to lawmakers.

The university plans to do a similar analysis of other administrative units by this summer. It has also hired Huron Consulting Group to do a “benchmarking” study that will compare its administration and costs to other universities.

Kaler, who has said that the Wall Street Journal article contained data that was flawed or taken out of context, emphasized that the university has been examining its administrative costs for many months, “long before any misleading news reports.”

The university’s budget proposal would freeze undergraduate tuition for Minnesota residents in exchange for an increase of $91.6 million in state funding over the next two years.

Lawmakers have made it clear that they’re upset about rising tuition and student loan debt. The university is committed to controlling tuition, but “we cannot do it alone,” said Kaler, pointing to a string of state funding cuts that the U has weathered in recent years. If the state’s “disinvestment” in the university continues, tuition will keep rising, he said. “We need to put the ‘public’ back in ‘public’ higher education.”

Monday’s discussion highlighted the ongoing tension between lawmakers and higher education leaders about the degree to which the Legislature can and should make specific demands in exchange for state appropriations. Leaders such as Larry Pogemiller, director of the Office of Higher Education, have pointed out that state funding is just one slice of the university’s budget pie. Lawmakers don’t control the higher education market, so their ability to influence long-term tuition rates is limited, he’s told House members.

And while the Legislature can choose how much state money to give the university, it’s the Board of Regents that has the constitutional authority to set tuition rates, Kaler said.

“It seems to me that if we are appropriating public funds, we can set conditions,” replied Rep. Ryan Winkler (DFL-Golden Valley).

The committee plans to continue discussing the university’s budget request on Wednesday.