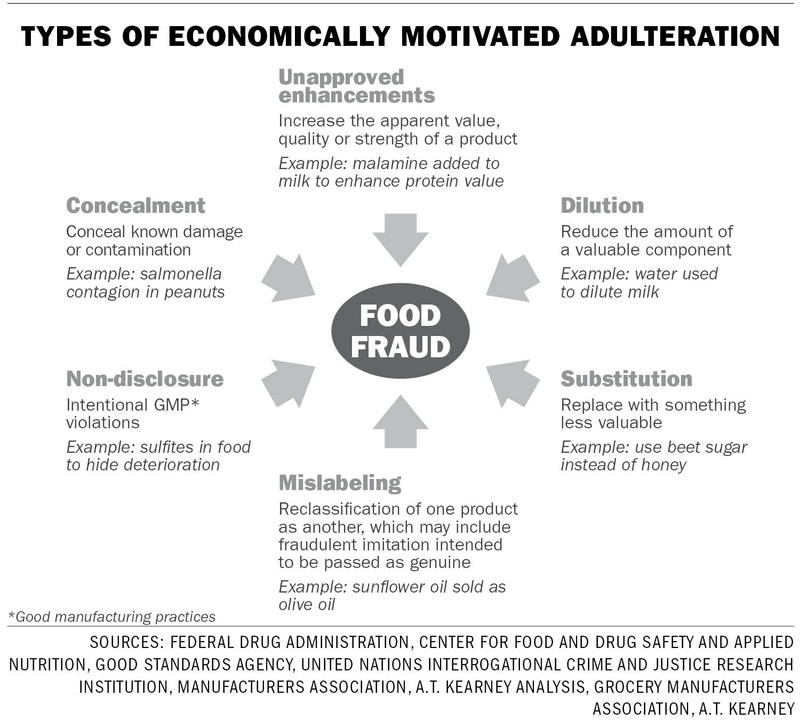 A deal at the grocery store might seem too good to be true, and experts from the University of Minnesota say it probably is.

The University’s National Center for Food Protection and Defense is launching two new databases that government organizations will use to prevent Economically Motivated Adulteration, also known as food fraud.

Food fraud occurs in restaurants, grocery stores and fish markets and is expected to cost the food industry $10 billion to $15 billion a year, according to the Grocery Manufacturers Association.

Although most incidences of food fraud aren’t dangerous, Everstine said customers still aren’t getting what they pay for.

Experts began to take notice of food fraud in 2008 when melamine was added to Chinese milk so it could be diluted without losing protein, according to Jeff Moore, senior scientific liaison from the U.S. Pharmacopeial Convention.

One NCFPD database catalogs all known instances of food fraud since 1980, Everstine said. The other is used to identify which ingredients are more susceptible to adulteration by using information from the U.S. Pharmacopeial Convention.

“The first two tools being deployed out of that are these two databases,” said Shaun Kennedy, director of the food protection center.

The goal, Everstine said, is to detect EMA incidents before they result in public health consequences.

“It’s probably just the tip of the iceberg,” Everstine said. “We don’t know how widespread of a problem it is.”

“So altruism aside, all the companies that I’ve worked with want to do the right thing,” Kennedy said.

The new databases won’t be available to the general public, Kennedy said, because the information could be used improperly.

“You want those who can use it to reduce risk to have access,” Kennedy said. “You don’t want people who, unknown to you, are trying to cause harm with the access.”

The U.S. Pharmacopeial Convention has also recently created a publicly available database of food fraud, though it consists mostly of scholarly and journalistic articles about food fraud, Moore said

In 2011 and 2012, the USP added 60 percent more food fraud articles than past years, but Kennedy said recent reports of increased fraud aren’t true.

“More people are publishing about food fraud, but it doesn’t necessarily mean there are more incidents happening,” Moore said.

There are some things a consumer can do to avoid food fraud, Kennedy said.

The first is being a smart consumer. If the price looks too good to be true, he said, it probably is.

With problem products like olive oils and fruit juices, Kennedy said consumers should choose a brand they trust.

“That company does whatever they can to protect their brand and consumers,” Kennedy said. “If you’ve never heard of a brand, [buying it is] not a great idea.”

Kennedy also said consumers should avoid products that are from countries that can’t grow that product.

“If you’re going to buy olive oil that came from a country that has no olive trees, it’s not a great idea,” Kennedy said.

To avoid buying the wrong species of fish, Kennedy said consumers should buy a whole fish or watch vendors cut the head and the tail off the whole fish.

Moore said buying whole food ingredients like spices, instead of purchasing already ground up spices, can give consumers more reassurance in what they’re buying.

Moore encouraged consumers to be critical of manufacturers when it comes to food fraud.

“I think there’s an important role consumers can play in making sure companies know they want to buy authentic, non-adulterated foods in the marketplace.”