The little deli hidden inside the United Noodles grocery store in the Seward neighborhood has reopened with a new name – Unideli – and an expanded menu that now includes sushi and other Japanese specialties.

Unlike many of the new sushi restaurants popping up around the Twin Cities, the Unideli’s sushi chef is actually a native of Japan. Kosuke Zaworski (he has his adoptive father’s family name) was a sushi chef at Saji-ya in St. Paul for 12 years. His mother, Shigeko Zaworski worked with Ryeko Weston, founder of the Twin Cities first Japanese restaurant, Fuji-ya, back in the 70s.﻿ 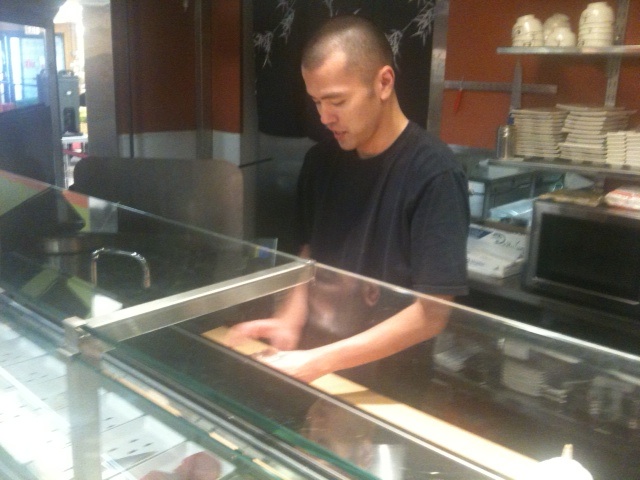 At the counter, you can still choose from an ever-changing assortment of authentic Chinese home-cooking style dishes, ranging from bone-in chicken, to scrambled eggs and tomatoes, and stir-fries of beef or pork with a variety of traditional vegetables (choose up to 3 for $6.25, with fried rice.)﻿ 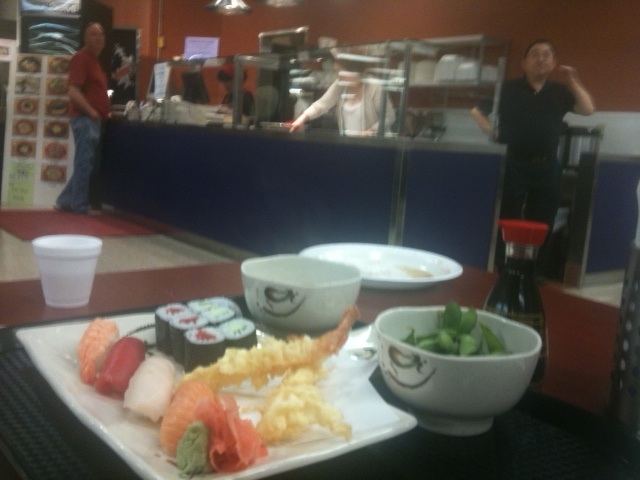 The sushi offerings include more than a dozen specialty rolls, such as the California roll ($5) spider roll ($5) and spicy tuna roll ($6), as well as more than a dozen different varieties of nigiri sushi. Shown here is the lunch sushi combo ($9), which includes four kinds of nigiri sushi, nori (rolled) sushi, plus shrimp tempura, edamame and a home-style miso soup. Those are only available Wednesday through Sunday, when Zaworski is in the kitchen. 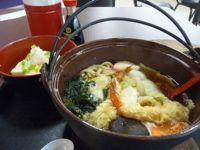 The rest of the Japanese offerings are available daily (except Mondays, when the restaurant is closed; these include classic rice bowl dishes of oyako-donburi (chicken and egg), and katsu donburi (pork and rice) as well as nabe yaki udon (shown here), a bowl of hot dashi broth topped with shrimp tempura, fish cake, egg, shiitake mushroom, seaweed and napa cabbage (all $8). 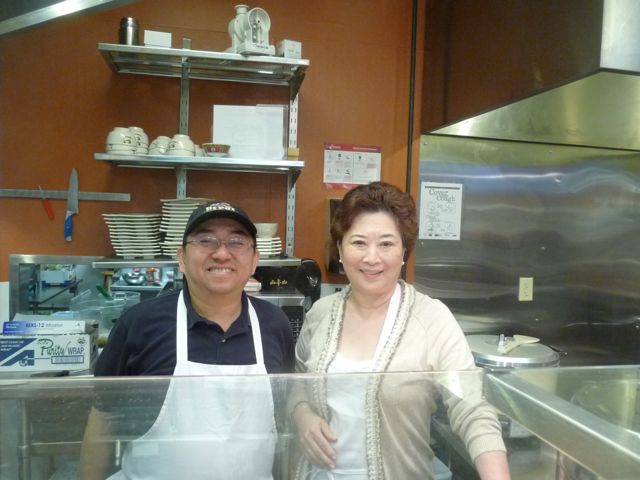