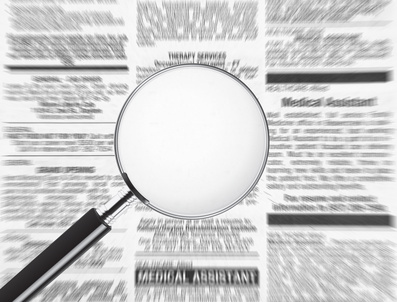 With unemployment for black Minnesotans running at three times the level for white Minnesotans, what can policy-makers do to reduce the gap? On Thursday, September 15, the Minnesota Advisory Committee to the U.S. Commission on Civil Rights conducted a community forum at the University of St. Thomas Law School that addressed the staggering statistics that face out of work persons of color in the state, to explore the causes and potential solutions to the problem.

According to the research of Dr. Algernon Austin, referenced by a number of the panelists, the black-white ratio of unemployment in the Twin Cities metropolitan area in 2009 was 3-1, the highest ratio of any metropolitan area in the country. The Star Tribune reported recently that the disparity continues:

Newly released figures from the U.S. Bureau of Labor Statistics place Minnesota’s 2010 black jobless rate at 22 percent. That’s 3.4 times the white rate of 6.4 percent, giving the state the largest gap in the country.﻿

According to Panelist Mark Brinda, Ph. D., the Workforce Manager for the City of Minneapolis Employment and Training Program, the question goes beyond when will the economy add jobs.  Rather, there is “an uneven ratio and economic landscape” that started long before the economic downturn.

Part of the problem, he said, has to do with a lack of access to higher education. Brinda said that according to Dr. Austin’s work, 78 percent of the white population has some post-secondary education, whereas only 43 percent of black Americans do. In a changing world where a resident can no longer access employment with a high school diploma, not having any post-secondary education leads to unstable employment that lacks health coverage, according to Brinda.  “Without a focus on access to education and degree completion many pathways will be closed to minorities,” he said.

Barriers to Employment Beyond the Achievement Gap

But lack of education isn’t the only problem.  According to Patricia Brady, the Director of the Ramsey County Workforce Solutions, some of the unemployment gap can be attributed to discriminatory labor practices and racism. “That is a reality in the labor market,” she said.

People feel comfortable hiring workers that look like them, play like them, that “fit” in their team, according to Brady. Her organization conducted a study in which two people with very similar credentials applied for the same position.

“There are in groups and out groups,” Brady said. She sees Affirmative Action as one way to break through those barriers.

Judge Pam Alexander, the President of the Council on Crime and Justice, spoke of the criminal justice aspect of the employment gap. “Minnesota is in a state of perpetual punishment,” she said. In her 25 years as a district court judge, she became increasingly concerned about hearing from people the difficulties they’ve had finding employment after they re-enter society.

Alexander retired three years ago from the bench, deciding that she wanted to work toward ending the perpetual punishment cycle.  “It’s getting more and more difficult for ex-offenders to move beyond,” she said.  When a person checks the “yes” box on an application, they won’t be hired even if the record is not relevant to the job or very old. The Council on Crime and Justice did a study where testers with the exact same low-level offense applied for the same position.  They found that even when black and white applicants had the same record, the whites were more likely to be hired than blacks.

Alexander gave an example of a 45-year-old man who had a conviction when he was 19 years old.  He worked at a job for 12 years, but when the company changed management, they fired him, because he had a felony record. “I’m hearing those types of stories more and more,” she said.

Alexander said that while some states have regulations on private data companies, Minnesota does not. Even for juvenile offenders, the expungement procedures are unclear. “We need to securely protect the records of our children so juvenile records are not made public,” she said.

In addition, Alexander believes we need to eliminate inappropriate and severe barriers to help ex-offenders be fully welcomed back into communities.  “I believe we need to work with business community and property owners to allow ex offenders evaluated on character not only on past mistakes,” she said.

Another issue addressed at Thursday’s conference involved minority business owners. Sam Meyers, from the Humphrey Institute (see here for his power point presentation) said that minority businesses hire 90 percent minority workers. However, he said that the failure rate for minority firms is higher than other businesses, and he therefore cautioned against relying on minority business firms to solve the unemployment crisis.

Still, despite the difficulties, Hargett said more and more African Americans are turning to entrepreneurship out of necessity.  “The rise in minority entrepreneurship is cause for celebration, but it is not enough,” she said. Minority businesses need to invest in transformative technology, she said, that can be applied to the global market. Also, what is needed is engagement and outreach, to support minority businesses to succeed.

Thursday’s conference also looked at large construction projects — for example the Central Corridor Light Rail Line.  Carol Swenson, the Executive Director of the District Councils Collaborative of Saint Paul and Minneapolis, said her organization was working to ensure there was equitable access to jobs. The problem, she said, is that a number of the jobs that will be available require extensive training, and at this point there may not be time for some persons of color to get the training they need, which disadvantages those who need the jobs the most. Also, many of the jobs require both a driver’s license and a car, ironic for an infrastructure being built to reduce car use, she said.

Swenson said that in Baltimore when they were building their rail line, the local university conducted a study to assess job demands — complete with estimated annual wages and level of need. When this idea was put before Metro Transit, however, they said they couldn’t possibly afford such a study.

“The light rail costs millions of dollars,” she said. “It takes years to plan.  There is time for people to get prepared, if they had access to reliable information. The response that ‘we don’t have the money’ – that message is that ‘we don’t value you. We don’t care,’” she said.

In addition, Swenson said that “good faith efforts” for hiring minorities are not enough.  “We must be intentional about policies and laws,” she said. “We must ensure equitable outcomes for all residents.”