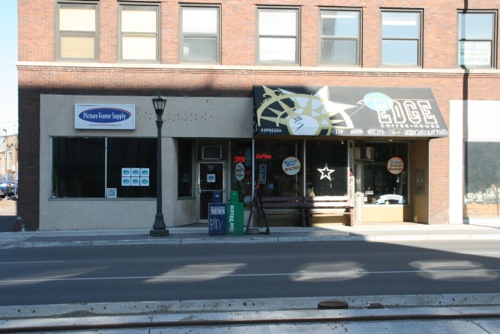 An economically unhealthy mix of a recession combined with limited street access caused by the Central Corridor light-rail construction has left dozens of storefronts vacant on a stretch of University Avenue between Highway 280 and Cretin-Vandalia in St. Paul.  But a group of eight loosely organized University of Minnesota graduate students calling themselves the Starling Project is working to fill these empty spaces with new and creative businesses and (possibly) save the neighborhood.

Last year, the Starling Project organized Storefront In A Box, a series of weeklong art events in vacant shops on Lyndale Avenue. This year they hope to highlight the possibilities for fledgling businesses by holding open house tours at empty storefronts on University Avenue where landlords are willing to sign short-term leases at bargain prices.

Members of the Starling Project believe that if their efforts are successful, their landlord tenant matchmaking can inspire a new retail district. It’s part of what Amy Sparks, the Executive Director of the St. Park Community Council calls a creative enterprise zone. “We’re not a sponsor, but we’re excited,” said Sparks. “We want to support the neighborhood with a variety of creative endeavors.”

So far, while well attended, the open houses have not yet resulted in any signed leases. Members of the project remain hopeful. The project was launched in early December after brainstorming sessions among urban planning, landscape architecture and graphic design graduate students. The open houses will continue through May. 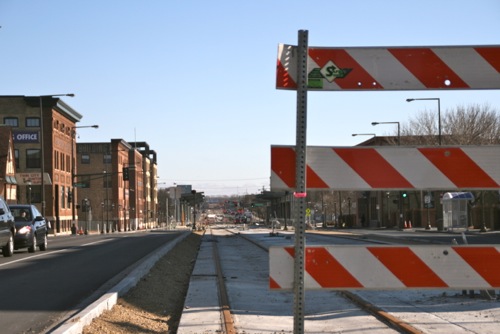 On Thursday, Starling Project’s organizer Kristen Murray stood with landlord Peter Brown inside 2401 University Avenue, greeting guests and answering questions. The space was once the site of Evenstar occult bookstore and, before that, headquarters of the 1990 Paul Wellstone senatorial campaign. Brown, whose family has owned the property since 1982, said that so far no one has been willing to put down the money for the space. “This is the third open house we’ve had. I’m looking for a long-term tenant, but I’d we willing to rent it at a shorter term for $700 a month. Normally, it’d cost twice that.”

Across the street, a storefront that was not officially part of the open house tour was rented after following the advice of Project member Ben Shardlow. The space is now home to Roller Revolution, a roller derby shop. “They weren’t directly part of the open houses, but we were instrumental in getting a business in there,” said Murray. When one store on a block is thriving, more businesses will follow.

All the Starling volunteers this year are graduating with degrees in urban planning, landscape architecture and graphic design, but they hope that the organization will continue. There is no pay or school credit, but members said the Starling Project’s open house and other events could become a model for businesses or non-profit groups in the future. “This was a loosely organized project,” said Murray. “We just sort of volunteered. This seemed like a time in our lives where there are no boundaries.”