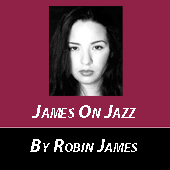 Jazz Fest Executive Director Steve Heckler has confirmed the headlining artists for this year. The complete schedule will be announced shortly.

Jazz fans can expect to experience a colorful variety of music performed on three stages with additional jazz artists performing in downtown restaurants and clubs.

Local jazz fans may recall seeing Slocum and Smith performing together at the Artists’ Quarter in St. Paul a few years back; I do. They sound amazing together. Werner and Chestnut are returning to the Twin Cities again for what seems like an extended break. The last time I heard Chestnut perform, was in New York City at Dizzy’s Club Coca-Cola, the in-house nightclub of Jazz at Lincoln Center. However, I also heard him play with a band at the Dakota a long, long time ago.

Smith is shining in the spotlight lately as he recently signed a record deal with Concord Records, and plays with the new up-and-coming NEXT Collective, among other groups. Slocum, Smith, Werner, and Chestnut — all bandleaders and composers in their own right — have released new albums over the last three years.

Werner, Slocum, Smith, and Chestnut have also been confirmed for conducting summer workshops with kids during the festival. Clinics will be hosted by McNally Smith College of Music (a few blocks away from Mears Park).

In addition to the main stage in Mears Park, on Saturday, a second stage will again be set up adjacent to Mears Park on 6th Street. The Dakota Foundation for Jazz Education will be programming and hosting the youth stage on Prince Street.