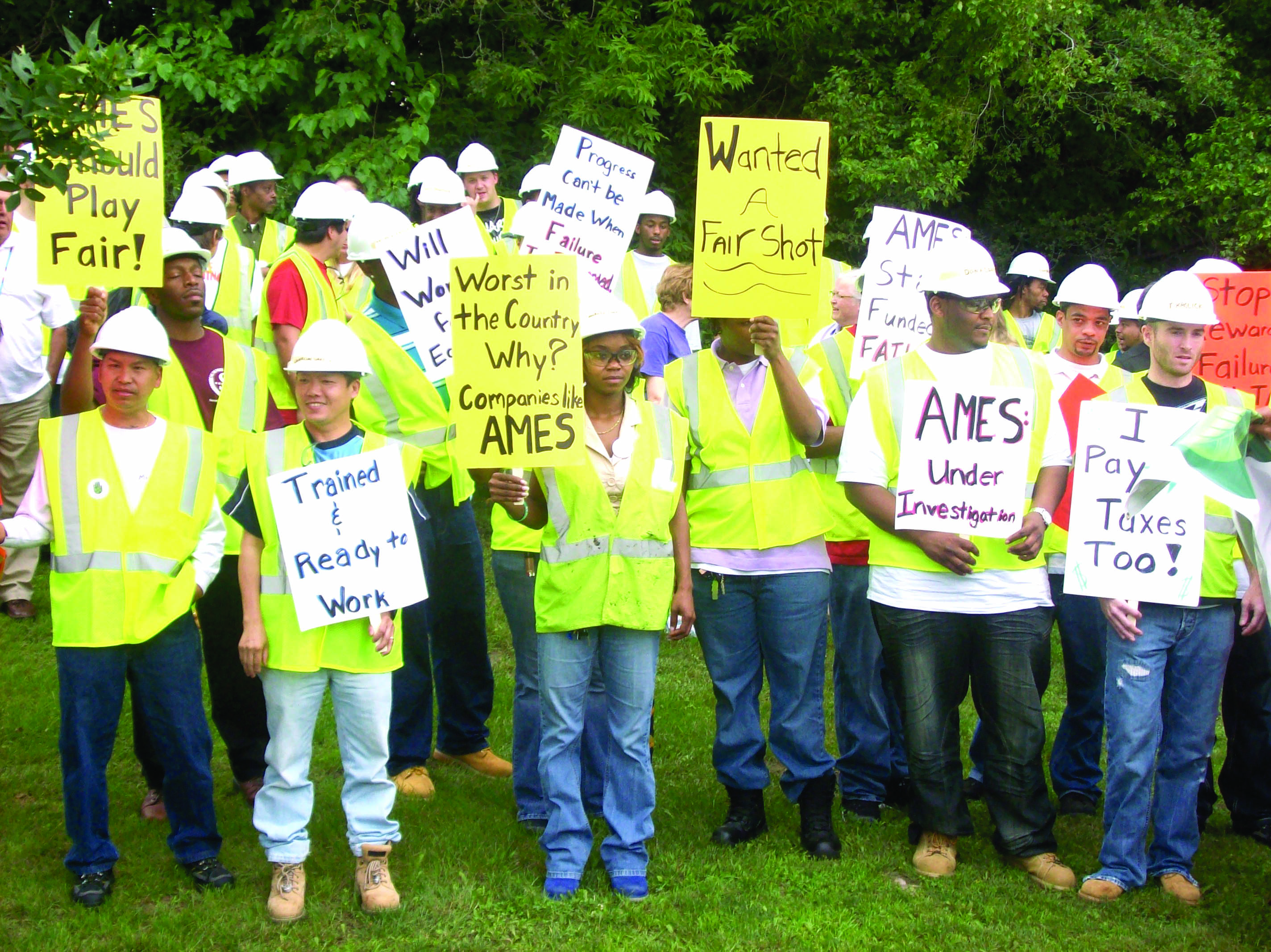 Minneapolis’ Black population, less than a third that of the city’s White population, is more than three times as likely to be unemployed according to a recent study. And St. Paul is no better.

Released in June by the Washington, D.C.-based Economic Policy Institute, a think tank that focuses on working conditions in America, the study points out that the Minneapolis-St. Paul unemployment rate is 20.4 for Blacks and 6.6 percent for Whites. This 13.8 percent differential is the highest among U.S. metropolitan areas.

Even with comparable levels of education or educational opportunities similar to those of Whites, Blacks in the Twin Cities metro area are much more likely to be unemployed, the report also noted. “This is a problem in our community,” says Mike Wynne, Emerge Community Development executive director.

“It is a shameful little secret,” adds JOBS NOW Executive Director Kris Jacobs. “This is a racist labor market. We like to think that the Twin Cities are an enlightened part of the country, yet it is pretty hard to see [the report] in any possible way other than this is latent racism,” says Jacobs.

“It really calls into question [the belief] that everybody should get educated, and if they just work more, they’d be paid more and get a better job. That just is not true.

“We’re not equal in Minnesota,” she continues. “We’re not better [in the Twin Cities] than in other places in Minnesota; we’re worse off, and that’s appalling.”

However, the latest study isn’t all that shocking to those who have been paying attention, adds Jacobs, whose group advocates better working wages for all. “We’ve seen [similar] reports before.

“If you have a Black-sounding name, you are at a disadvantage and get a call back [from employers] less often. Controlled studies show that African Americans have a tougher time even getting an interview to rent a home or an apartment because of their race.”

At the national level, the National Urban League’s June employment report also showed that while that month’s overall U.S. jobless rate dropped to 9.5 percent (a 0.3 percent decline), the Black unemployment rate only dropped from 15.5 to 15.4 percent during the same period. Also, Black male unemployment increased from 17.1 to 17.4 percent, while the jobless rate for Black females dropped from 12.4 to 11.8 percent.

The MSR recently talked about the scarcity of jobs with two young Blacks who live in Minneapolis. Ronnie Brewer says he has been looking for steady work for some time now. “I do lawn work around the [Southside] community.”

Michelle Evans currently is a student at Summit Academy OIC in North Minneapolis and plans to complete her job training program in mid-September. “I would love to be a home builder and build homes for the community,” she says. “As long as I have the skills of being a carpenter, I can help out others.”

Evans says she knows of “about 200 people who are in the same situation I am in right now: trying to look for a job, going to school, and making sure that they want a career after they graduate. They [all] want a job.”

“All my toes and fingers can’t count them,” adds Brewer of other Black men he knows who like himself are looking for work. “I would at least say 30 that I know.”

Brewer and Evans were among nearly 40 people who took part in a march organized by HIRE Minnesota, a coalition of over 70 community organizations advocating more access for all people to jobs, especially in the construction industry. They marched in late June from Richfield’s Veterans Memorial Park to a construction site at Highway 62 and Portland Avenue, a $288 million project, to call attention to the lack of Blacks and other people of color working on such sites.

The 26-year-old Evans was among the scheduled speakers. She told the crowd that she and her classmates deserve a fair chance at obtaining construction jobs.

The jobless gap report also prompted Minneapolis City Council Member Elizabeth Glidden to hold a morning panel discussion on the subject at a South Minneapolis coffee shop in late June. The 40 or so people who attended received U.S. Census Bureau and American Community Survey statistics that showed Minneapolis has the lowest percentage of Whites in poverty while the percentages of Blacks and Latinos are much higher.

Glidden asked what the local government’s role should be in improving the jobless rate. “Government is slow – we are not the fastest mover or the organizers,” she pointed out. “We can be conveners or play that leadership role, but it is not the same as organizing. However, government can make really important structural changes in how we do business. I think there is a very important role for government here, but it is not the same role of organizing and momentum building. But we can play a partnership in that.”

The City has been “more intentional in saying that every time we have a [City-funded] development project, that we are working with those organizations to have more of a [diversity hiring] agreement,” claimed Glidden, adding, “We have to make that model more systemic” not only in Minneapolis but state-wide.

Jacobs and others are disappointed by the apparent absence of outrage over the June jobless gap report, especially by elected officials or those seeking public office, such as the candidates for governor.

Wynne hopes that the report’s findings will be talked about more. “The discussion about diversity seems to have become almost passé,” he notes, as if “it is no longer necessary for us to examine what we do to create inclusion in the workplace in all sectors of our community.”